What long-dead whalers can teach us about climate change

SEATTLE – When the steamship Belvedere left San Francisco in the spring of 1897, its crew members couldn’t have known what a treacherous voyage awaited them.

Their life-and-death experiences would all be captured in the ship’s log, which started out with this unassuming entry:

The Belvedere and a dozen or so other ships reached the frozen waters of the Beaufort Sea in the late spring and proceeded to hunt bowhead whales, as whalers had done for decades before them. The whales were valued for their oil-rich blubber and for their baleen, which was used for buggy whips and women’s corsets. 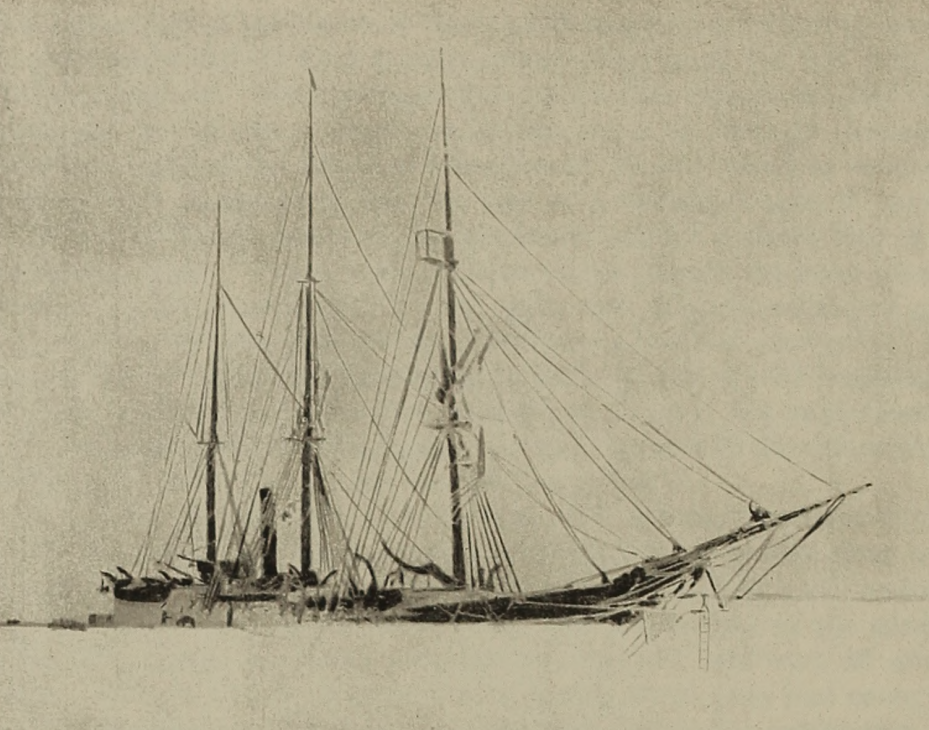 The whaler Belvedere at Point Franklin, where it was trapped for months by Arctic ice. Photo by U.S. Library of Congress

Today, the most valuable harvest from the whaling years might be the ship’s logbooks. A team of scientists from the National Oceanic and Atmospheric Administration, the University of Washington and the U.K. Meteorological Office’s Hadley Centre are enlisting 22,000 volunteers from around the world to comb through hundreds of thousands of pages of old ships’ logs.

Each data point from the ship’s logs – the barometric pressure, temperature, wind direction and location of the ice – is kind of like a piece of a larger climate puzzle. By putting them all together scientists can look back in time to see what the climate in the Arctic was like in the 1800s and how it compares to the arctic today.

For Kevin Wood, one of the lead scientists on the Old Weather project with NOAA and UW, the maritime terminology and high seas adventure preserved in ship logs are familiar territory. Before going back to school to become a climate scientist, Wood was a merchant mariner, frequently navigating icy, dangerous waters.

“They’re the words I used every day when I was an officer. The language hasn’t changed that much, really. It’s very familiar to me,” Wood said from his office at NOAA in Seattle. 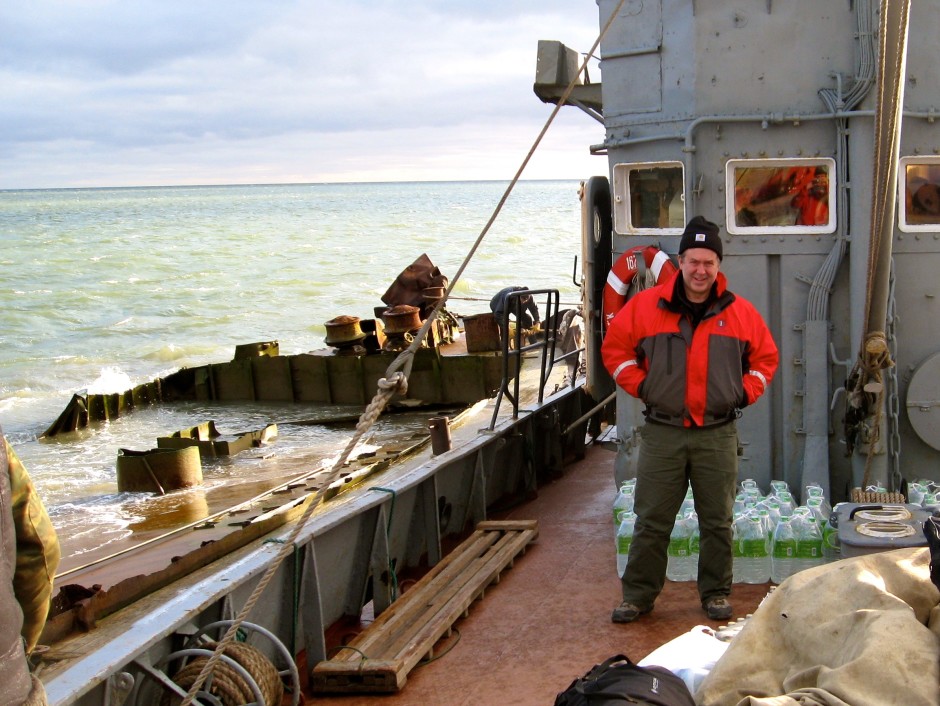 Does he get sucked down historical rabbit holes in his quest for data? Of course. And he enjoys every minute of it.

Wood spent a recent weekend combing through the log books from the harrowing voyage of the Belvedere in 1897 (prompted, in part, by a request from a pesky reporter). The Belvedere and six other whaling ships were trapped in the ice in the Beaufort Sea near Point Barrow, Alaska. It had a been a successful summer whaling season, until the weather turned suddenly in late September and a massive sheet of sea ice came down out of the Arctic Ocean and pinned the ships against the coast. The whalers tried to break through the ice sheet to access open water, according to the ship’s log.

They were trapped by 10 ship-lengths of ice. That was all that stood between 200 men and a safe journey home.

The months ticked by: October, November, December, January. Some of the men were lost on the ice. Some got scurvy. They hunted seals and polar bears when they could. It was dark all the time and so so cold. The ice cracked and roared around them.

One man had such a terrible case of syphilis – and no medicine to treat it – that he committed suicide by diving through a hole in the ice. But somehow the whalers kept recording weather conditions in the ship’s log. 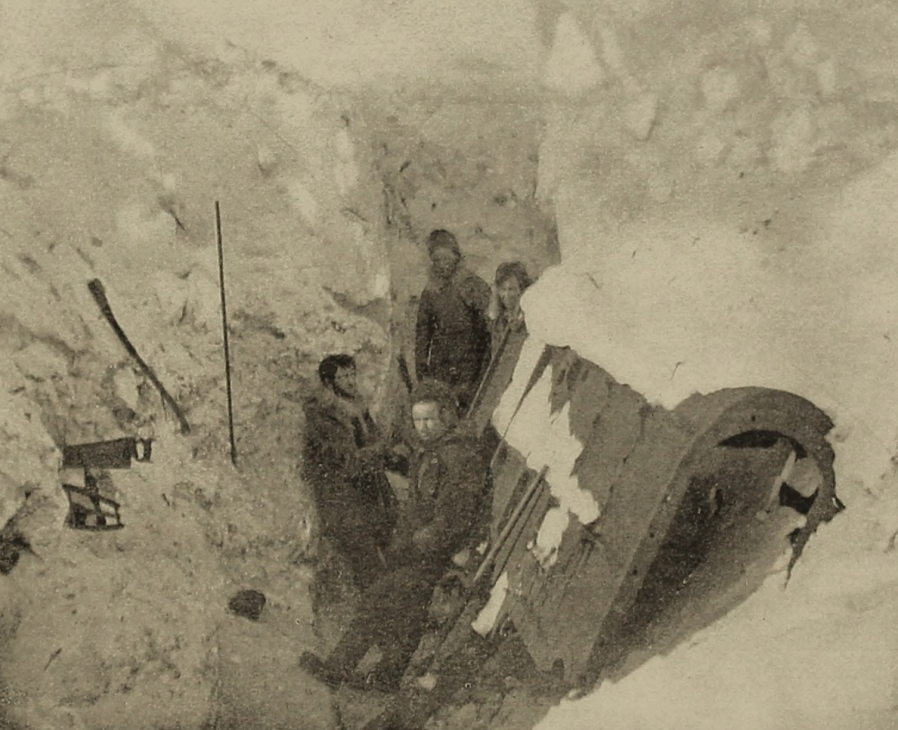 As horrible as it was for the whalers, for Kevin Wood, that winter of log books is a climate data gold mine because it harkens back to before the days of satellite weather analysis and remote data collection. Today, scientists want to better understand historical climate patterns, and while ice cores reveal some of the broader patterns, ship’s logs provide essentially a daily weather update from a particularly remote corner of the planet.

The researchers involved in the Old Weather project have not published any of their findings yet. But as Wood gathers more data and recreates ancient weather patterns with it one thing is becoming alarmingly clear for him.

“What’s happening to the whalers is very unlikely to happen now because there’s no ice,” he said. Amidst the musty log books are tales of dozens of ships crushed or sunk throughout the 1800s. NOAA is still uncovering the remnants of those shipwrecks in the Arctic today. But the days of ship-eating sea ice may be over.

“When you compare ships being crushed in September, you compare that to the satellite data that we have, there’s no ice there, and there’s hardly ever any ice there, and certainly not enough to crush a ship. That’s the difference,” Wood said.

Back in 1897, though, the climate was working against the whalers of the Belvedere and the other ships that were trapped in the ice that year. Sixteen whalers died. 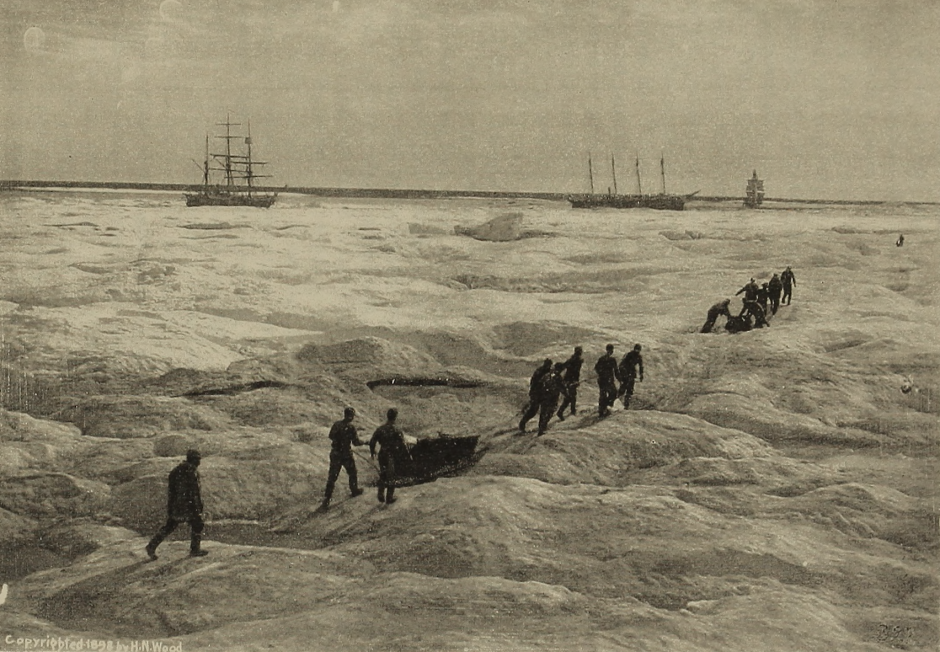 The federal government sent an overland rescue mission to the Belvedere – through the heart of Alaska – in the middle of winter. The sea ice didn’t melt away until the next summer – setting the whalers free to make the journey home, after 10 months in the Arctic.

But what did they do instead?

They stayed up there and kept whaling. 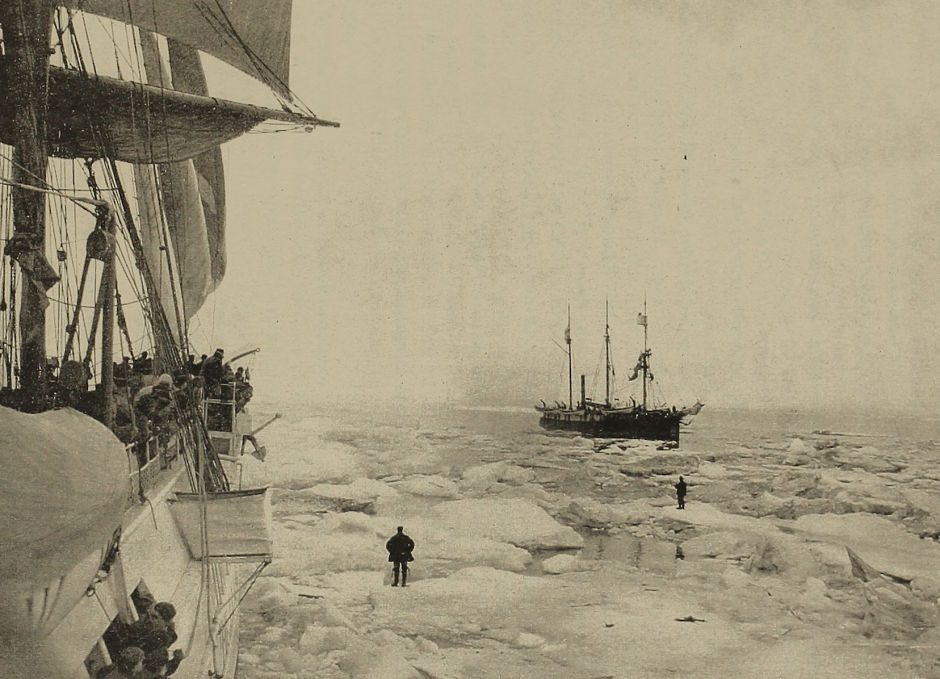 The U.S.S. Bear was dispatched in 1897 by the McKinley administration. It is pictured here getting free from an Arctic ice pack, on Aug. 16, 1898. Photo by U.S. Library of Congress