What Zombies Can Teach Us About Braaain Science 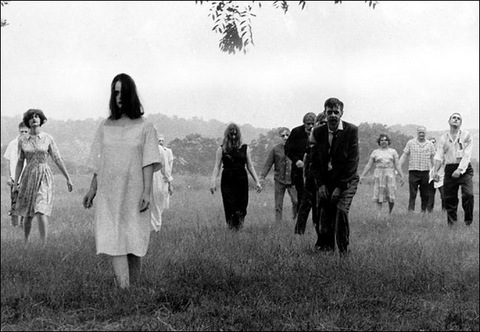 In George Romero’s “Night of the Living Dead,” the dead are reanimated, enraged and hungry. They stumble toward the living, arms outstretched, eating everyone in their path. They show no reason, no pain and no signs of slowing down.

Dr. Steven Schlozman, assistant professor of psychiatry at Harvard Medical School and a lecturer at the Harvard School of Education, uses the undead to teach the living about the brain. In fact, he says, talking about zombie brains and folklore, like those in Romero’s classic, can give people a safe fictional context to discuss serious issues in medicine.

“You watch Romero zombies and you can see there is something not right about them, and you can pinpoint what’s wrong with them,” he explains. “You can postulate what’s going on biologically.”

Schlozman is no amateur fan. He’s consulted with Romero. He’s studied zombie films and literature. And his lecture on zombie neurobiology has gone viral since he first gave it more than a year ago. Now, he’s taking the lecture nationwide.

Here’s a sample of Schlozman’s theories on how the brain of a zombie works:

Schlozman’s teaching approach is straightforward. He shows his students and residents zombie movie clips, and then asks them to perform a similar analysis, guided by a set of questions. What is going on with these zombies’ brains? If these zombies were brought into the emergency room, how would they begin an exam?

His goal is to get them to apply the neuroscience they’ve learned to new situations. Adults, he believes, learn better when they can apply new knowledge to something familiar, before going on to tackle more complex neuropsychiatric cases.

While Schlozman’s use of zombies may seem eccentric, using pop culture or current events to teach neuroscience is not uncommon. Providing students with a pop-culture example that will resonate with them can useful when teaching a subject as complex as neuroscience, said Russell Romeo, an assistant professor of psychology at Barnard College. Creating a fictional scenario, he said, can be a good way to test their knowledge.

“When you’re trying to assess someone’s knowledge, you come up with a scenario,” Romeo said. “You ask them to design an experiment. You ask them to come up with a drug, and what it does to the brain,” he said, “Although it might not be an actual case, making a fictional case can help you make your point.”

Schlozman is quick to say that this excursion into zombie neurobiology doesn’t diminish the seriousness of real neuropsychiatric cases. But it provides a good foundation for discussions on the brain’s interaction with the body, and how it makes us human. After all, he said, “we use humor in everything to wrestle through what are otherwise almost overwhelming existential challenges.”