When whimsical wildlife photography isn’t what it seems

Take a look at the photo above. It looks whimsical, or so thought some at the NewsHour last Thursday, when it was posted as part of our Photo of the Day series. But soon after, members of the science desk raised their suspicions about the photo.

It seemed lucky for the photographer to capture such an odd behavior in nature. Too lucky … Plus, the picture was reminiscent of a viral photo from 2015, involving a frog “riding” a beetle. That photo had been discredited as staged, and people accused the photographers of animal cruelty.

So like a Sherlock-Holmes-meets-Dorothea-Lange, I dug into whether or not the frog-riding-turtle photo was legit. What we found highlights the cloudy intersection of wildlife photography, animal welfare issues and journalistic integrity of photography in an age of digital consumption.

NewsHour sourced the photograph from Getty Images, via the company’s “editorial” listings. Editorial photos are journalistic, meaning the image should capture news events, nature and other phenomenon in an unaltered state. That’s opposed to Getty’s “creative” listings, which encompass photos that are valuable for illustrating concepts or for advertising, but are typically manipulated, creatively lit or staged. Think stock photos like “woman laughing alone while eating salad.”

Our photo in question displayed an Australian green tree frog — or “dumpy frog” — riding on a sulcata tortoise. It was taken in West Sumatra, Indonesia. Neither of those animals is native to this region.

Getty licensed the image from Barcroft Media, which in turn got it from Riau Images, an Indonesian photo agency. Barcroft told Newshour that the image metadata never indicated whether it was staged or not.

The photographer, Yan Hidayat, told Newshour in a translated email interview that he had purchased the animals in Jakarta as pets and then staged the image. He has a number of posed photos featured on Getty Images. He explained that all of the animals in his portfolio are bought from a pet store, except for the snails, which he found in his garden. When the juvenile pet-store frogs and turtles grow up, he releases them.

Hidayat said that Riau Images had never inquired into how he took the photos.

In case you’re wondering, frogs don’t normally ride tortoises, according to a representative for Society for the Study of Reptiles and Amphibians who spoke with NewsHour — which may have been what subconsciously triggered our BS detectors in the first place. 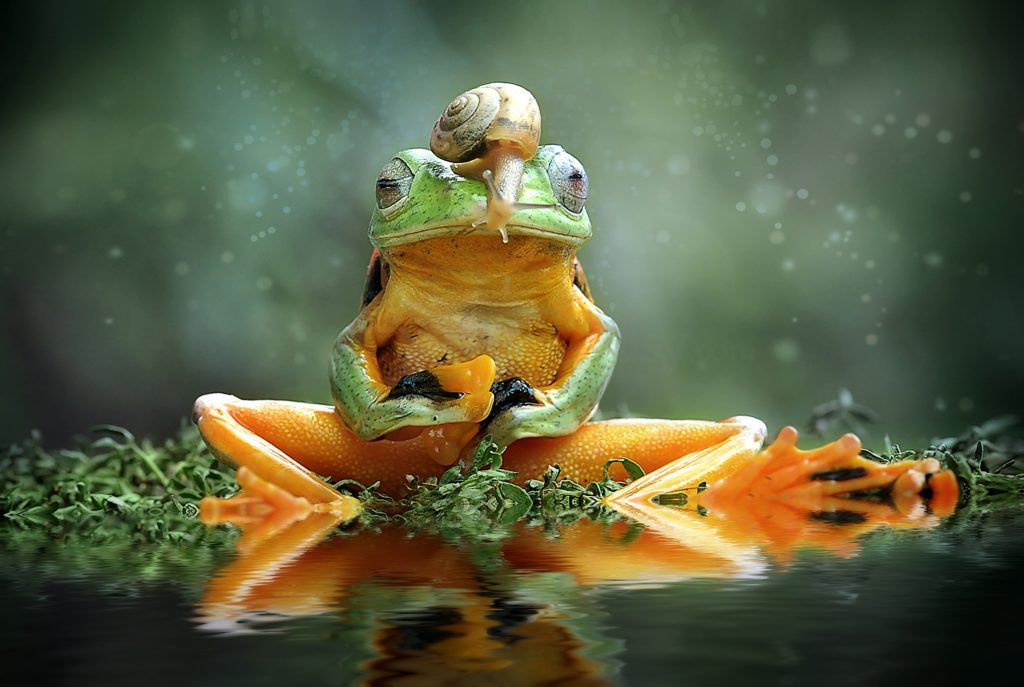 Hidayat is hardly the sole peddler in the cottage industry of staged frog photos. When we searched “frog” in the “news” section of Getty on March 23, 2017, the first page returned 46 photos of frogs. All of the well-lit and professional photos on that webpage came from Indonesia. None were native to the area in which they were photographed. Fifteen of those 46 photos featured frogs that had been stacked on other animals — turtles, snails and other frogs — or vice versa, as if someone was hosting a menagerie-style rodeo.

When we inquired about the photo, Getty provided this statement: “Whilst we do have an editorial policy and robust measures in place to ensure our content ingestion process upholds these standards, we recognize that in this case the image was incorrectly assigned as editorial. We are working with Barcroft to conduct a review of their full collection in order to affirm they are appropriately labelled and assigned.”

Newshour removed the image and replaced it with the caption “ The photo has been removed from this post, because it may have been staged and may have resulted in cruelty to the animals involved.”

A cruel stage in the digital world

Though the genre of documenting animals in implausible positions has garnered internet acclaim, some accuse the photographers of animal cruelty. One post on the Chinese forum Weibo attempted to tackle how many macro animal photos from Indonesia might have been staged and involve animal cruelty. The user points out unnatural poses, non-native animals and inconsistencies with the captions. (The critique is translated here.)

While several animal photos on Getty are clearly staged — many from Hidayat — animal cruelty is difficult to confirm with a single snapshot.

Some artists use taxidermy in their photography to create life-like positions. For example, Simen Johan’s photo series “Until the Kingdom Comes” involves some live animals, some taxidermied, some frozen and many digitally altered. The gallery describes his work as “intricate digital constructs.”

But the killing and mounting of animals for photography isn’t a widespread habit, said Chris Palmer, the director of the Center for Environmental Filmmaking at American University, who co-wrote guidelines for ethical wildlife filmmaking. 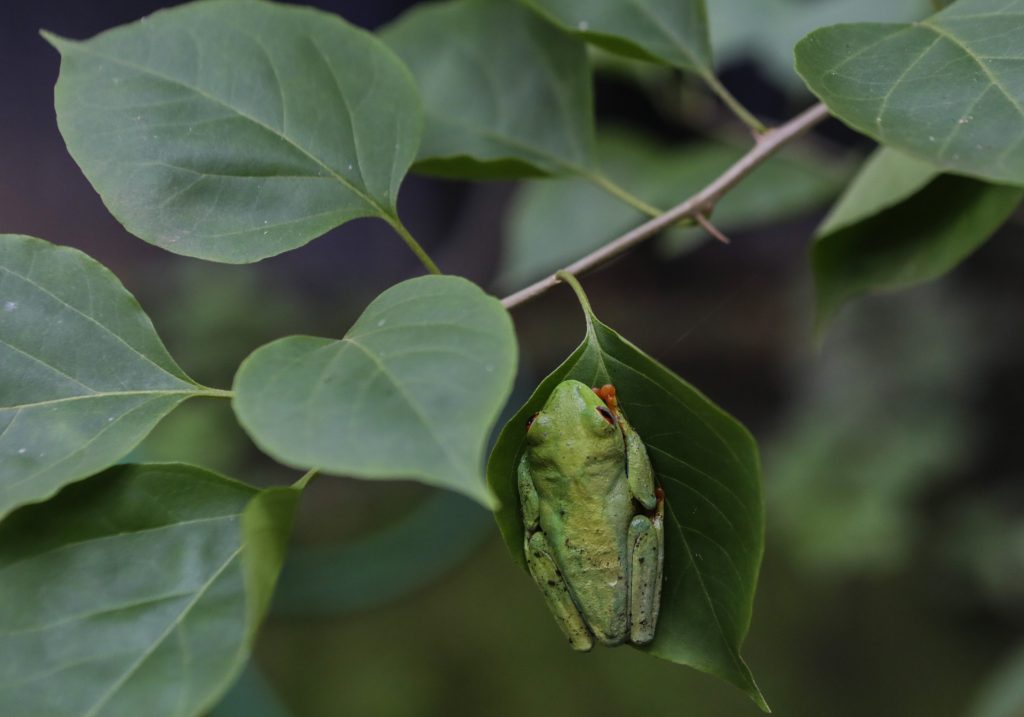 A red-eyed green frog (Agalychnis callidryases) photographed at the Montibelli private wildlife reserve, in the municipality of Ticuantepe. This photograph does not show signs of staging, as the frog is native to Nicaragua and sitting inside a leaf is normal behavior. Photo by INTI OCON/AFP/Getty Images

Taxidermy takes time, resources and expertise, and then you’re typically stuck with a single, fixed pose. You would never get a photo series of a turtle walking across the water if it was dead. Plus, taxidermy frogs hardly look alive.

Palmer has never seen a photographer killing and stuffing an animal just for a photo. And while it may happen somewhere in the world, “to do all that to take a picture would be kind of like using a sword to cut butter. It would be overkill,” he said.

However, Palmer believes posing animals for photography is unethical, even if the animals are alive.

The other issue is normalizing the manipulation of animals.

Journalistic integrity is also at stake. The North American Nature Photography Association guidelines encourage animal photographers to provide image captions that describe whether or not the photo is natural. Someone seeing or sharing a staged photos may think that it presents natural behavior for the animals, which falls into the arena of “fake news,” Palmer continued.

However, Hidayat didn’t try to suggest that his photos were accurately documenting nature.

“Sorry, this has been a mistake,” he explained in an email. “I never explained how the photographs were taken. The blame is on me, and I hope this is a lesson for me to learn.”

Left: On the surface, this photo looks fun, but it is staged. And its origins highlight the cloudy intersection of wildlife photography, animal welfare issues and photojournalism integrity. Photo by Riau Images/Barcroft Images/Barcroft Media via Getty Images