Why are yawns contagious? We asked a scientist

The average adult yawns 20 times per day. And when you feel a yawn coming on, it can be nearly impossible to suppress. But why does being around other yawners make you yawn?

PBS NewsHour asked a speech scientist, a sleep neurologist, a neuroethicist and a neuroscientist who studies brain circuits related to itching why yawns are contagious. They said the evolutionary value of collective yawning remains unknown, but may have something to do with the desire of an animal to protect the members of its tribe.

Why do we yawn?

There is no scientific consensus on why we yawn.

One theory argues that when humans are tired, we stop taking deep breaths, which causes a build-up of carbon dioxide in the body, said Douglas Parham, a speech scientist at Wichita State University. A yawn might be a special kind of respiration, Parham said. It builds up oxygen quickly, while expelling carbon dioxide, even more than a deep breath.

Excess carbon dioxide and other chemical changes, such as a drop in oxygen or increase in a compound called adenosine, could also act as “yawn gates,” said James Giordano, a neuroethicist and neuroscientist at Georgetown University. These chemicals send out a signal that triggers a yawn. By yawning, we compress the muscles of the face, driving oxygen-enriched blood to the brain, Giordano said.

Other proposals state the purpose of yawning is to cool the brain, or to stretch internal organs like tissues and lungs, helping the body to liven up.

Do all animals yawn?

Despite being a fundamental part of our lives, information on yawning is thin, said Thomas Scammell, a neurologist at Harvard Medical School who studies sleep. But he added that yawning is a primitive reflex among many animals that originates in the brain stem. 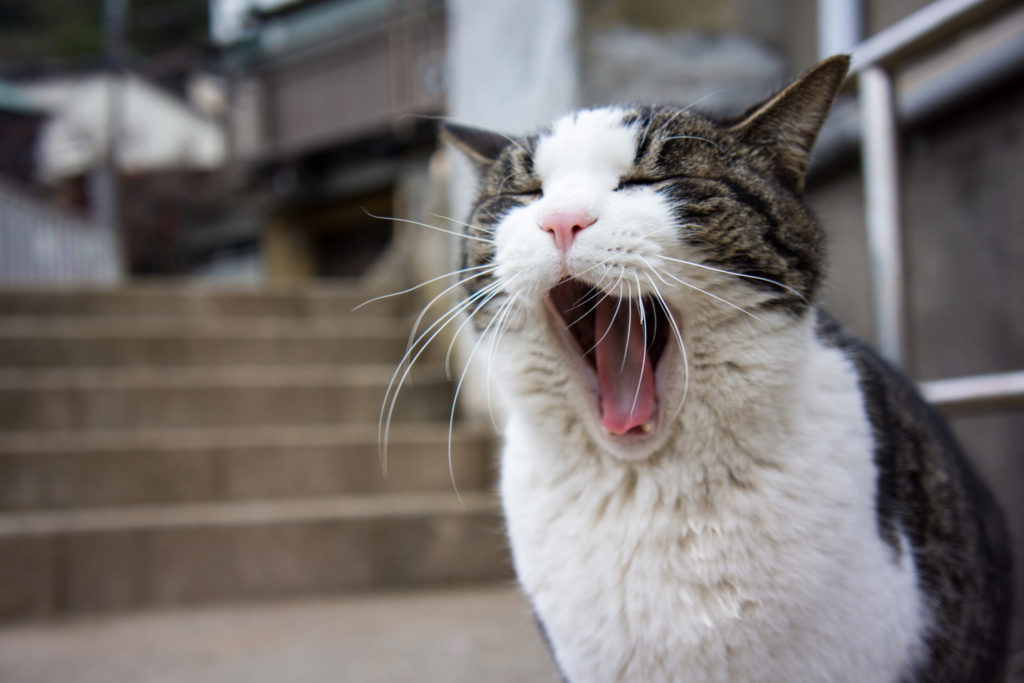 Most mammals, including cats, yawn. Photo by RahenZ via Flickr (CC BY-NC-ND 2.0)

Because the brain stem of humans is similar to other mammals (and birds and reptiles too), it makes sense that most animals yawn, Scammell said. Indeed, birds, reptiles, mammals and some sharks can yawn — and animals with bigger brains tend to yawn longer.

“That puts a little bit of support back in the theory that what yawning is really doing is changing the brain chemistry,” Giordano said, adding that scientists are still trying to investigate the reasons why.

Why are yawns contagious?

What is known is that the behavior is contagious. The likelihood of yawning increases sixfold, according to one study, after seeing someone else yawn.

As for yawn contagion, Giordano said it may be related to a phenomenon called social mirroring, where organisms imitate the actions of others. Other behaviors fall into this category, such as scratching, leg crossing and laughing.

Giordano said this behavior could be linked to mirror neurons in the brain. 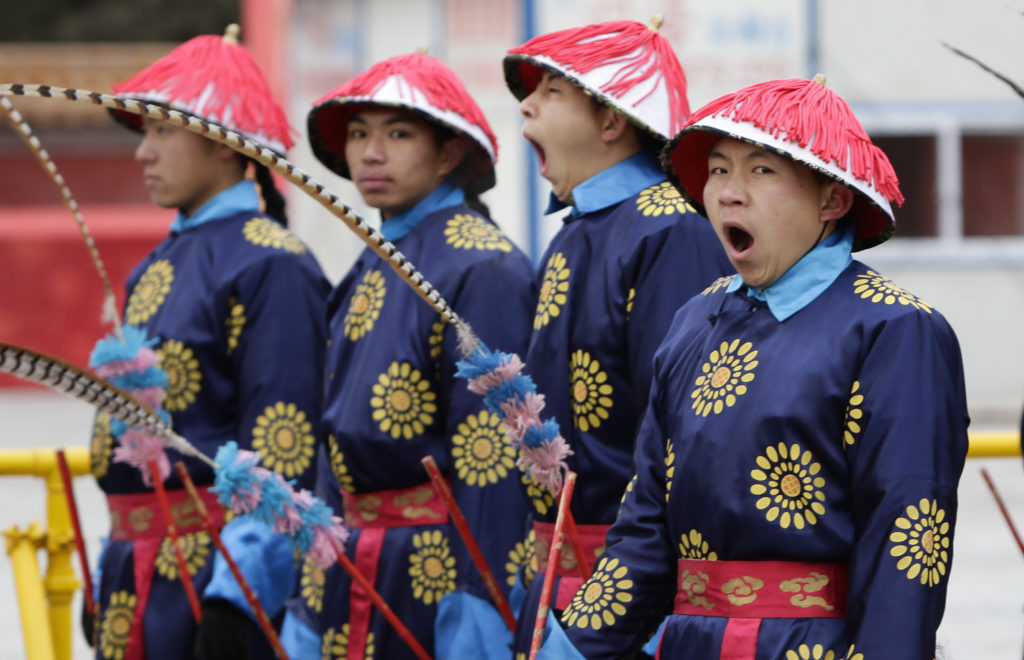 Actors yawn as they take part in a rehearsal for the upcoming temple fair, adapted from an ancient Qing Dynasty ceremony where emperors prayed for good harvest and fortune, at Ditan Park (the Temple of Earth), in Beijing January 20, 2012. Photo by REUTERS/Jason Lee

“What these neurons are involved in is matching what we sense and feel to the way we move,” Giordano said. “So if someone is seeing me scratch my face, they would know what it feels like. You may be compelled to do it too.”

Zhou-Feng Chen, director at Washington University’s Center for the Study of Itch has conducted research on social scratching in mice. When he showed a video of one mouse scratching itself to other mice, the mice began their own scratching within five seconds. And they were five times as likely to imitate the scratching relative to control animals.

Chen said that when animals mimic others, they must be recognizing a useful behavior. Without thinking, they decide, “This behavior must be very useful. So, I better do it.”

Chen said this behavior could save energy and protect animals against disease. For example, since wild animals don’t live in sanitized environments and are often exposed to biting and stinging insects that could carry disease, this mimicking could be helping them to ward off infection.

Social bonds, too, may be reinforced by yawning and other forms of imitative behavior may, Scammell said:

“If someone flashes you a nice friendly smile, without even thinking about it, you’re likely to smile back,” he said. “It is a form of social communication, and it appears that people who are more empathetic are more likely to have this social mirroring.”

Left: Why does being around other yawners make you yawn? James Giordano, a neuroethicist and neuroscientist at Georgetown University, explains. Video by Teresa Carey and Julia Griffin