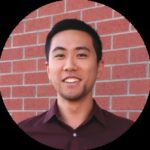 Why robocalls are unstoppable

Raymond Huahong Tu, a computer scientist at the University of Maryland who has researched the technologies and practices of robocalling, explains more about these annoying parts of everyday life – and why they’re so hard to avoid.

1. Why does everyone get so many robocalls?

Advanced automatic dialing systems make it easier and cheaper for small operations to generate huge numbers of calls. Robocalling computer programs can dial many phone numbers at once, and play a prerecorded or computer-generated voice message to anyone who answers. A person running a robocall operation just has to set up the system and let it run. The program will call mobile phones, homes’ landlines, businesses and just about any other number – either randomly, or from massive databases compiled from automated web searches, leaked databases of personal information and marketing data. 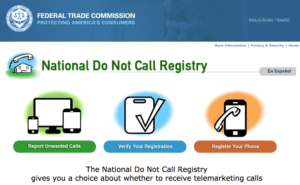 Not much help anymore: the National Do Not Call Registry. Screenshot by The Conversation screenshot, CC BY-ND

It doesn’t matter if you’ve signed up with the federal Do Not Call Registry, though companies that call numbers on the list are supposed to be subject to large fines. The robocallers ignore the list, and evade penalties because they can mask the true origins of their calls. The autodialing programs encode Caller ID information that makes the robocall look like it’s from a local number, the Social Security Administration or even your employer’s head office. That means it’s harder to ignore the calls – and much more difficult to identify who’s actually calling.

The calls keep coming because robocallers make money. Partly that’s because their costs are low. Most phone calls are made and connected via the internet, so robocall companies can make tens of thousands, or even millions, of calls very cheaply. Many of the illegal robocalls targeting the U.S. most likely come from overseas – which used to be extremely expensive, but now is far cheaper.

Each call costs a fraction of a cent – and a successful robocall scam can net millions of dollars. That more than pays for all the calls people ignored or hung up on, and provides cash for the next round. Casting an enormous net at low cost lets these scammers find a few gullible victims who can fund the whole operation.

2. Why is it so easy to fake the Caller ID info?

The current Caller ID system relies on the phone – or computer system – placing the call to tell the truth about its own phone number. This is an artifact from the early 1990s, when Caller ID services began. At that time, the telephone network in the U.S., as in most countries around the world, was a closed system served only by a small number of trusted telephone companies like AT&T and MCI.

Today, of course, the phone system is open to the entire world, with thousands of companies offering telephone service over the internet. The international telecommunications standards, though, haven’t kept up and don’t yet offer a way to police a system in which mutual trust is not enough to guard against Caller ID abuse.

My own research has worked to develop a standard method of authenticating the Caller ID information. That system would let call recipients be more confident scammers weren’t disguising their phone numbers.

In the meantime, the U.S. Federal Communications Commission has been asking U.S. phone companies to filter calls and police their own systems to keep out robocalls. It hasn’t worked, mainly because it’s too costly and technically difficult for phone companies to do that. It’s hard to detect fake Caller ID information, and wrongly blocking a legitimate call could cause them legal problems.

3. What can I do to stop getting robocalls?

Of course, your phone number may already be widely known and available, either from telephone directories or websites, or just because you’ve had it for many years. In that case, you probably can’t stop getting robocalls. My advice for dealing with them is to stay vigilant. Don’t assume the Caller ID information that pops up for an incoming call is accurate.

You could, for instance, not answer the call and see if the person leaves a voicemail. Or you could ignore the call and dial the number it came from yourself – connecting you to the real person or organization the call pretended to come from. Lastly, if you do answer the phone, don’t assume the caller is telling the truth. Ask questions to help you determine that they’re legitimate – or not. And hang up if you have any doubt at all.

Raymond Huahong Tu is an assistant clinical professor in Machine Learning, Cybersecurity, and Computer Science at the University of Maryland.