Humans are fickle when it comes to thinking fast. We notice mud puddles too late, and either step into them or awkwardly adjust. A traffic signal switches from green to yellow, triggering some people to press on the gas, while others slam on the brakes.

Neuroscientists at Johns Hopkins University now believe they know why you can sometimes change your mind at the last second, but fail horribly in others. By measuring brain activity in humans and monkeys, the team learned it is a matter of crossed signals. Stopping a motion requires quick communication between multiple brain areas and your muscles, and once a “go” signal is sent, it often can’t be recalled. People have less than a quarter of a second to decide.

Their work, published Thursday in Neuron, could help doctors pick apart how to improve human response behaviors, especially with impulsivity seen with ADHD or schizophrenia, or in people with delayed reaction times like alcoholics or the elderly. 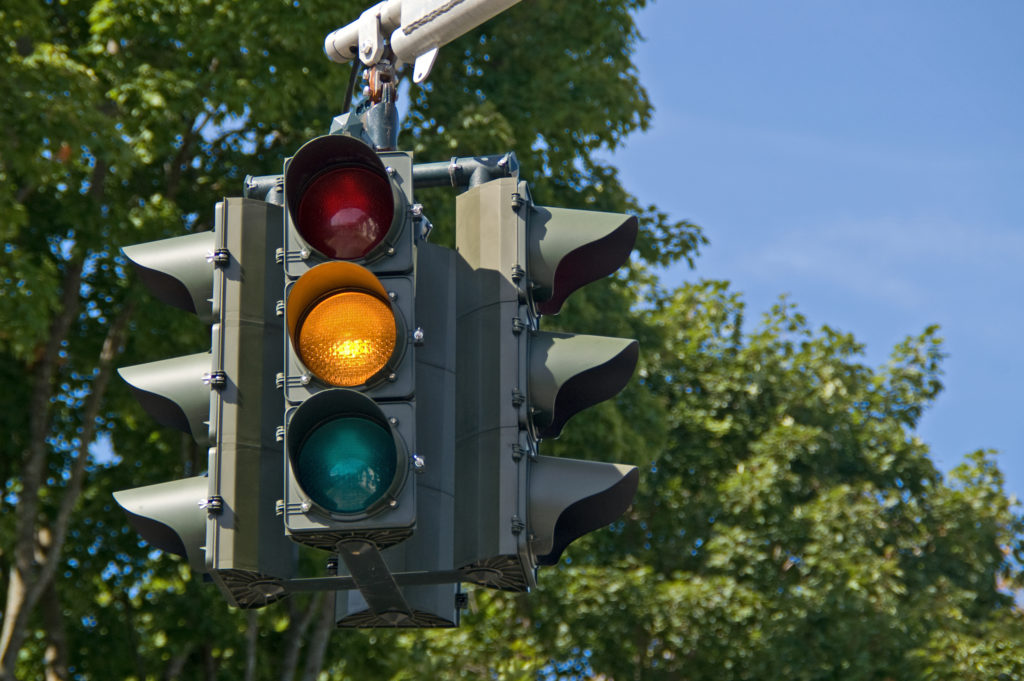 To find out what happens in the brain when people make decisions and where inhibition kicks in, neuroscientists modified the children’s game “Red Light, Green Light.” Photo by Sue Smith/via Adobe

To find out what happens in the brain when people make decisions and where inhibition kicks in, neuroscientist Kitty Z. Xu and her team devised a simple test that resembles the game “Red Light, Green Light.” When players hear ‘Green Light,’ they race toward a line. When they hear ‘Red Light,’ they freeze completely.

Xu study’s replicated these conditions on a computer screen, where 21 study participants used their eyes to track different colored shapes. A black dot meant “go,” and the subject had to shift their gaze to it. But a blue or yellow shape also appeared after a short delay, and those secondary shapes instructed a person whether they should look at the black dot or stop. The decisions unfold in milliseconds, and the team tracked when people succeeded or failed with their initial movements.

The scientists used functional MRI (fMRI) scans in humans to document nerve activity across the entire brain during this task. But fMRI is limited by a two-second delay, a significant amount when measuring response rates that take fractions of a second.

So the team also used hair-sized probes in monkeys to look at responses to their version of Red Light, Green Light, but in individual brain regions. Vanderbilt neuroscientist Jeffrey Schall, who did not work on this study, said the human and monkey combination of experiments was the most significant advantage of the study. Past research, he explained, took either the human or monkey approach, providing an incomplete picture.

“For monkey labs to get human lab collaborators is a very rare and special thing. The human data by itself can lead you to wrong conclusions,” Schall said. “So primate neurophysiology is an essential part needed to understand human mental and neurological disorders.”

The Johns Hopkins team found that once the ‘go’ signal is sent and the action initiated, you have only 100 milliseconds to change your mind, leaving enough time for the stop signal to take effect. If you wait longer than 200 milliseconds, or about quarter of a second, then there is no turning back. If you try to decide between 100 and 200 milliseconds, the result can go either way. 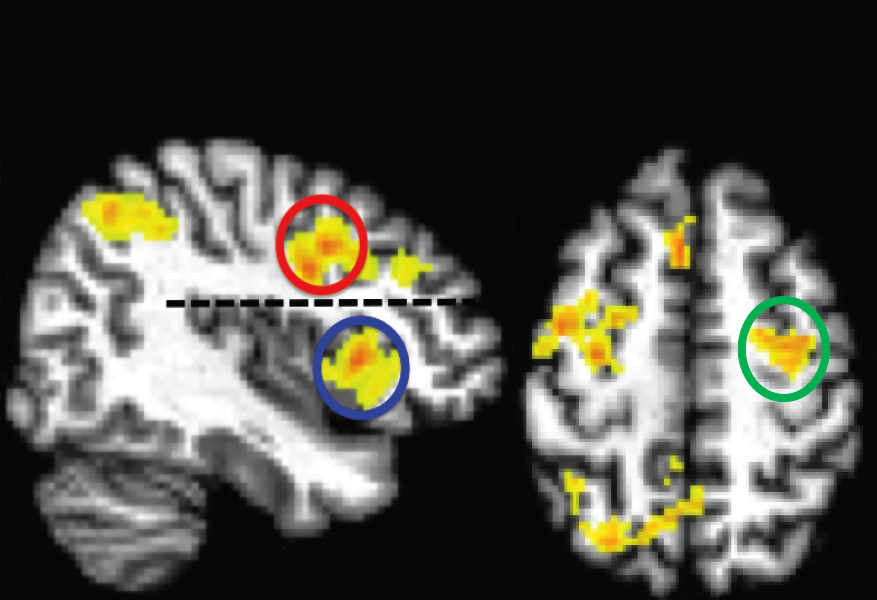 “It is like a CEO telling a manager to execute a decision,” Xu said, “But the manager has to tell someone else to do it. The [prefrontal cortex] is acting like a CEO.”

This research may help predict who will fail during split-second decisions. For example, Xu said if the decision making process in elderly has slowed down, they might be more likely to become injured. Alcoholics often react to impulses, but finding ways to curb those urges early on might help them avoid poor decisions later.

“Scientists do these kind of experiments because you can’t fix it if you don’t know how it works,” Schall said.

Left: Sometimes stopping an action once it's initiated is harder than it seems. Photo by Max Mayorov/via Flickr