How big droughts, forest fires could be the new normal in Appalachia

The South is burning. Wildfires have burned more than 100,000 acres across seven states in the southern Appalachian Mountains since late October. Of the 44 ongoing blazes, the biggest struck northern Georgia and western North Carolina, where whole towns have fled as part of a slate of mass evacuations. All of which, scientists say, is pretty weird.

“It’s very rare to have this many fires burning this amount of area in the Southeast,” U.S. Forest Service ecologist James Vose. “It’s typically a wet climate, especially in that southern Appalachian region where these fires are occurring.”

This year, the situation changed. The Southeast has experienced a once in a generation drought, with the area seeing little to no rainfall at all since September. Columbia University bioclimatologist Park Williams said the epicenter of the drought — the spot between northern Georgia, eastern Tennessee and the western Carolinas — rivaled conditions typically witnessed in the American West. More than 47 million people live in these southern drought areas, which extend from Oklahoma to Virginia, according to the Associated Press. 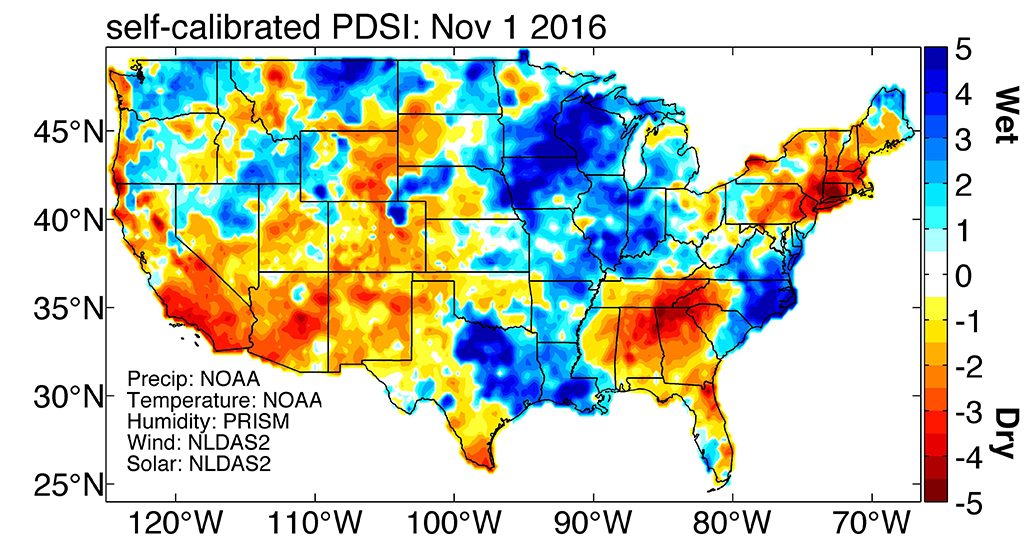 “Those regions are definitely experiencing a one in 50 year event,” Williams said. This aridness arrived just as autumn trees across the region shed their colorful leaves — a highly flammable fuel for wildfires.

Yet climate change indicators suggest droughts of this magnitude are becoming the status quo, Vose said. Though Southeast climate leans toward abundant rainfall, the region is no stranger to drought. It cycles between stretches of dry and moist. But since the 1980s, droughts have become more frequent in the Southeast. Vose said these dry spells are also growing longer, meaning it’s drier for longer when it’s dry, and it’s wetter for longer when wet.

In the past, these dry periods would be interrupted by a rainstorm every couple of weeks, which stymied large fires, Vose said, but the new norm of extensive dry periods means that there is no rainfall to keep the fires in check. 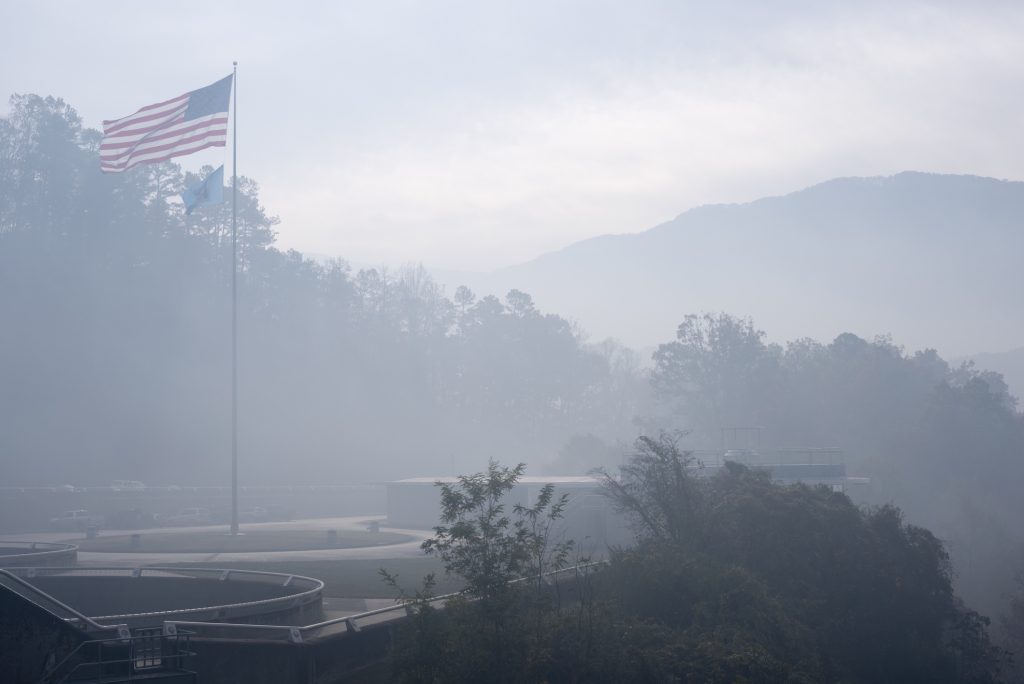 Smoke from forest fires obscures the view at the Fontana Dam Visitors Center, located at the base of the Great Smoky Mountains National Park in western North Carolina on November 11, 2016. Photo by Joel Carillet

An onslaught of regular droughts will impose benefits and strains to southeastern wildlife. Many native water-loving pine trees will falter, but oak forests thrive in drought-stricken areas, especially those cleared by fire. The human toll may be harder to afford. More than 200 patients landed in the hospital last week in Chattanooga, Tennessee due to breathing difficulties related to wildfire smoke plumes. So far, the U.S. Forest Service has spent $45 million to firefighting expenses.

What triggered the latest wildfires remains unknown, but arson investigations are underway in Georgia, Tennessee, North Carolina and Kentucky.