These test tube puppies, the world’s first, may save endangered wolves

The Ethiopian Wolf, Darwin’s fox and other wild relatives of dogs are in danger of disappearing. To save these endangered canines, scientists have turned to a procedure that’s commonly used in humans: in vitro fertilization. For the first time ever, researchers have succeeded in breeding domestic dogs using frozen embryos and in vitro fertilization (IVF). If adapted to wild animals, the technique could help restore dying populations of canines across the globe.

“A lot of canids are endangered, such as the African painted dogs, the red wolves, and Mexican gray wolves. And sometimes when we try to breed them in zoos, by putting male and female together, they need a little help,” said Nucharin Songsasen, a research biologist at the Smithsonian Conservation Biology Institute, which conducted the research via a partnership with Cornell University.

For thirty years, researchers have been trying to perfect IVF for canines, but without success. The dearth leaves females on the short end of the conservation stick. Artificial insemination, where scientists move a male’s sperm into a female’s reproductive tract to fertilize an egg, is already common practice. However, if a female canine can’t carry a pup through pregnancy, then the only option for passing on her genes and legacy would be transferring her fertilized eggs to a surrogate mom. 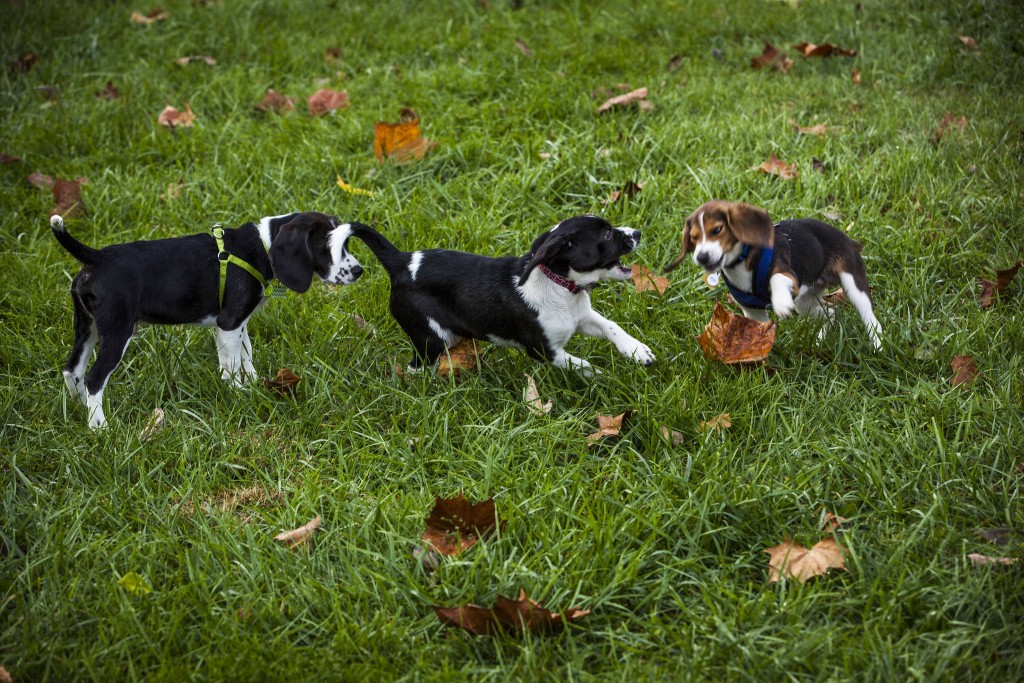 Three of the seven puppies born as the result of in vitro fertilization using cryopreserved embryos. Photo by Jeffery MacMillan

“One of the issues that we encounter in our small populations of endangered animals is a female passes away before she’s able to reproduce or pass on her genetics of the next generation, then we’ve actually lost her contribution of genetic diversity to the population, said Smithsonian biologist Jennifer Nagashima, who led the study published this week in PLOS ONE. Less genetic diversity can make a population more susceptible to genetic disorders or to being wiped out by an infectious disease.

The female reproductive tract of canines is more complicated than humans and other mammals, which has stymied IVF efforts in the past. For example, female dogs go for months without ovary activity, ovulating once or twice a year. Also, when dogs ovulate or release an egg, it is released in an immature stage, Nagashima said. It takes another 48 to 72 hours of living in the the oviduct — the doggy version of human fallopian tubes — to mature and be ready for fertilization. In order for IVF to work, scientists need to know the precise time of maturation for an egg, otherwise it might not be ready to pair with sperm.

To solve this problem, the researchers teased apart the mechanics of dog reproduction by using genetic material from beagles, Labrador retrievers and cocker spaniels. They found the best day to collect eggs for IVF was on the sixth day of maturity. The team also tested the best conditions for raising canine sperm and learned that the compound magnesium helped the little swimmers penetrate an egg. Finally, they discovered that the age of the fertilized embryo had to sync with the right moment in the surrogate dog’s uterus and reproductive cycle. 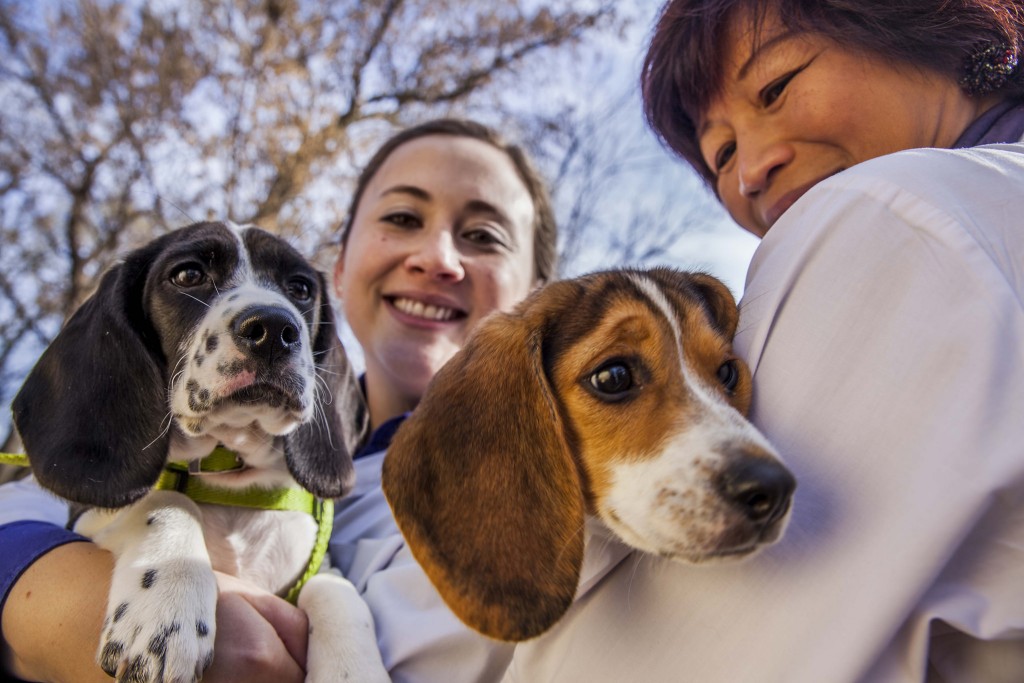 The result was a litter of seven healthy puppies– five beagles and two beagle-cocker spaniel mixes — which the scientists from the team eagerly adopted.

“Mine is named Buddy,” Songsasen said.

“I named mine Cannon,” Nagashima said. “I see the advancement of in vitro fertilization not only as something that we can try to apply directly to endangered canid species, but also as a tool for developing other assisted reproductive technologies for these species.”