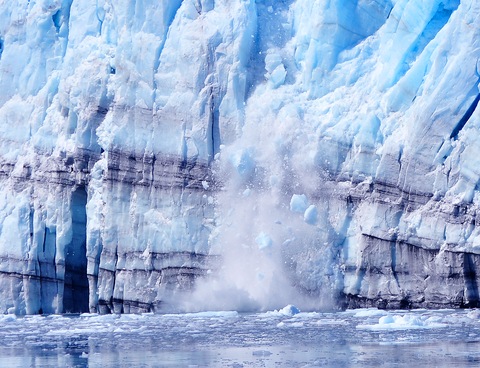 As global temperatures rise, glaciers are rapidly losing mass, especially in low-lying, arid regions, according to a report released by the United Nations Environment Program this week. Glacier melt could sap water resources and cause severe flooding in some areas, the report finds. Argentina, Chile and Alaska are the most affected.

“In some dry parts of Central Asia and dry parts of Latin America, glaciers are disappearing at quite a phenomenal rate, says Nick Nuttall, the UNEP’s spokesperson. “This is so important in areas that don’t have much rainfall, where they may be a central source of water for drinking and agriculture.”

The findings were released as world leaders met in Cancun, Mexico for the second and final week of climate talks. With some of the most critical issues still unresolved, the focus has turned to efforts such as creating a climate fund for developing countries and protecting indigenous communities and threatened species from deforestation.

Two days remain for the countries to finalize an agreement. The U.S. and China, the world’s largest greenhouse gas producers, remain deadlocked, but have narrowed their differences on the issue of transparency. The U.S. wants more transparency from other countries like China to ensure they’re following through on cutting emissions.

Negotiations this year are smaller and more subdued than last year’s climate conference in Copenhagen, with fewer heads of government attending the meetings — and far fewer protests. But some, like climate expert Michael Oppenheimer of Princeton University, say that less attention may translate to more progress on some important issues. In Copenhagen, expectations were raised so high that they obscured reality, he said.

“We’re now into a phase of the hard work of getting the details right, and ultimately settling an issue that’s never been addressed: what’s the fair and ethical way that developing countries should be participating in this venture,” he said. “Things like that don’t get settled overnight.”

Jake Schmidt, the Natural Resources Defense Council’s international climate director, said one of the biggest frustrations is that the U.S. didn’t arrive with a clear, Congress-backed solution for how to reduce global warming. But he added, many countries are making progress on the domestic front. He cited wind turbine production in China, cuts to deforestation rates in Brazil and more enforcement of illegal logging as examples.

“The real story is not what countries agree to here, but what they’re doing in their home laws and policies,” Schmidt said. “On that front, we’re seeing countries that are not waiting for a final agreement in Cancun to implement steps to deal with pollution and deforestation.”