Zika virus passes from mother mosquitoes to eggs, based on new observations from the University of Texas Medical Branch in Galveston. Known as vertical transmission, the habit is common in the flavivirus family to which Zika belongs. And the pattern may guarantee the disease’s perpetuation in the Americas for years to come.

Mosquito eggs are the insect’s hidden ace in the game of disease control.

“It makes mosquito control more difficult,” said pathologist Robert Tesh of UT Medical Branch, who led the study published Monday in the American Journal of Tropical Medicine and Hygiene. “Vertical transmission provides a mechanism for the virus to survive from one season to another.”

Mosquito eggs are the insect’s hidden ace in the game of disease control. Mosquitoes lay their eggs just above the surface of the water in a container. When the receptacle fills with water, the eggs get covered and hatch. However, if the container dries out, the eggs just sit there. Their shells are resistant to heat and cold. Eggs, therefore, make a great hideout for a virus to survive the winter or a dry season in the tropics, while its main ferrymen — adult mosquitoes — die off.

As a result, vertical transmission of a virus from mother mosquito to egg can play a crucial role in the resurgence of an outbreak. “A number of other flaviviruses have demonstrated vertical transmission, including dengue, yellow fever, Japanese encephalitis, West Nile,” Tesh said.

Tesh’s team conducted a straightforward experiment to discover the phenomenon with Zika virus in Aedes aegypti and Aedes albopictus mosquitoes, the two primary carriers of the disease. One hundred pregnant mosquitoes from each species were infected with Zika. When mosquitoes suck up blood infected with flaviviruses, the germs tend to enter every organ, including the ovaries. These infected bugs laid eggs, and the scientists raised the resulting larvae to adulthood, whereupon they examined the spawn for the presence of Zika virus. The team found 1 in 290 mosquitoes in the next generation carried the disease. 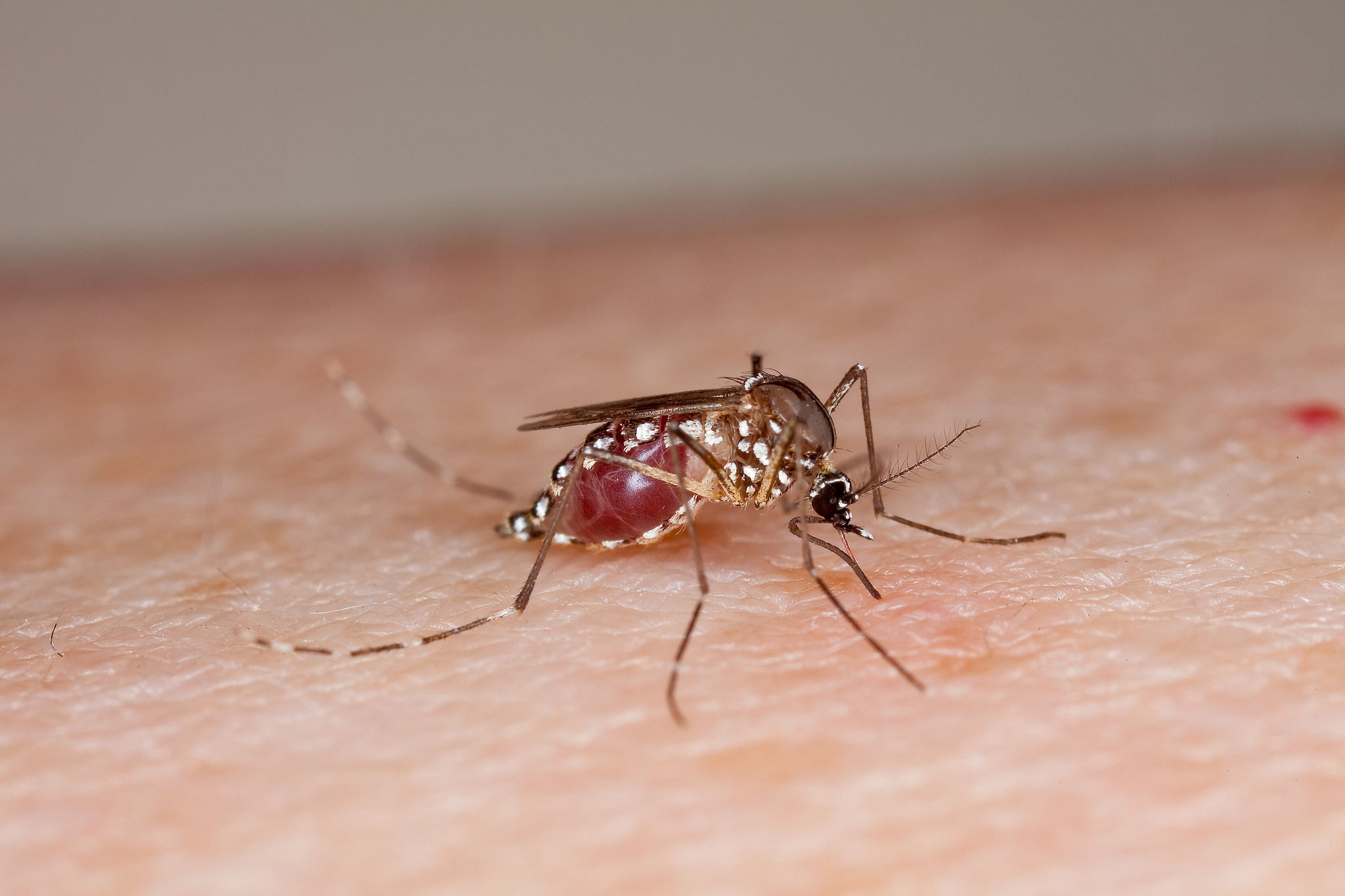 That’s not a very high rate. Females mosquitoes infected with La Crosse viruses, for instance, transfer the diseases to 70 or 80 percent of their offspring, which may explain why diseases like California encephalitis remain a persistent problem, Tesh said. However, 1 in 290 is a typical rate for flaviviruses like Zika and enough to extend survival across seasons.

“It only takes a few. If you have just a few eggs that are infected — like 1 in 290 — then there will be a few individuals that will hatch,” Tesh said. “When they grow to be adults, and they find a susceptible human, then they can transmit the virus and get the cycle started again.”

Mosquito eggs are also resistant to chemicals, Tesh said, so insecticide spraying or putting larvicide in standing water won’t remove them. He said the best way to get rid of the mosquito eggs is by removing all the receptacles that collect water, such as old tires and plant pots in people’s backyards. Communities in the tropics, which tend to collect rain water, should periodically scrub their tanks to eliminate mosquito eggs.

Vertical transmission won’t cause Zika to explode, Tesh said, given it doesn’t change how often the virus passes between mosquitoes and human or rates of sexual transmission. However, he said it’s important to remember mosquito biology in the journey to eradicate Zika virus.

Left: Aedes aegypti mosquitoes can breed in a drop of water. Here, their larvae are pictured. Photo by Dean Calma/IAEA/via Flickr