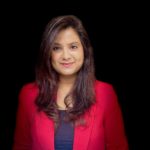 China is grappling with the rapid spread of COVID-19 after the government began rolling back its zero-COVID restrictions earlier this month. Now, cases are spiraling across towns and cities, hospitals are overburdened, medical staff are outnumbered and crematoriums are running out of space. Judy Woodruff reports.

Judy Woodruff is a senior correspondent and the former anchor and managing editor of the PBS NewsHour. She has covered politics and other news for five decades at NBC, CNN and PBS.

Zeba Warsi is Foreign affairs producer, based in Washington DC. She's a Columbia Journalism School graduate with an M.A. in Political journalism. Prior to the NewsHour, she was based in New Delhi for seven years, covering politics, extremism, sexual violence, social movements and human rights as a special correspondent with CNN's India affiliate CNN-News18.