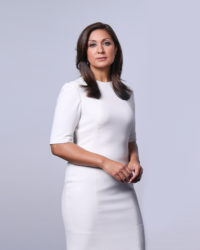 A recently discovered trove of thousands of documents offers new insight into the horrors of life under the Islamic State militant group. Driven out of Mosul in late 2016 after months of fighting, ISIS left behind evidence of how the controlled the city and their would-be caliphate. Amna Nawaz learns more from Rukmini Callimachi from The New York Times.