Learning how to think about death changed how I live 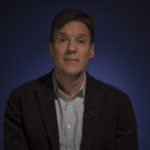 Viewing death as unrelated to life, or antithetical it, does a disservice to the days we have, because we don’t know how to value them, says John Leland. The journalist and author explains how an elderly friend changed his perspective on the importance of acknowledging our mortality.

John Leland is a reporter at The New York Times, and the author of "Happiness Is a Choice You Make," "Hip: The History" and "Why Kerouac Matters: The Lessons of 'On the Road' (They’re Not What You Think)."