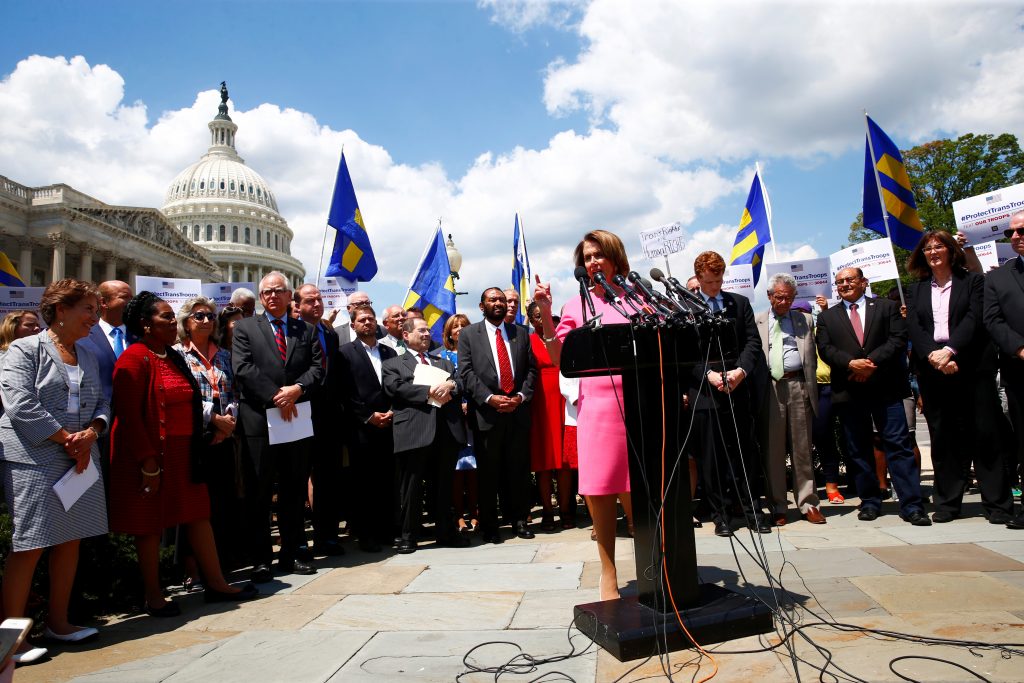 Wednesday on the NewsHour, President Trump bans transgender people from serving in the military,. Also: What's next in the health care battle, the president signals he will pull out of the Iran nuclear deal, revenge killings in Mosul, a conversation with the former government ethics director, new findings linking brain injury directly to football and Trump supporters in Portland, Oregon.