Days after British war planes began an expanded airstrike campaign against the Islamic State, a man on Saturday reportedly yelled “this is for Syria” before slashing at least one person with a knife in a London subway station.

A 56-year-old man sustained serious injuries in the attack but is now in stable condition, while another person sustained minor injuries, police said.

The assailant was arrested after police used a Taser to subdue him.

“I am treating this as a terrorist incident,” Richard Walton, who heads the Counter Terrorism Command at London’s Metropolitan Police, said in a statement.

“I would continue to urge the public to remain calm, but alert and vigilant,” he said.

The authorities have yet to identify the suspect, believed to be 29.

A video posted on Twitter after the incident showed a pool of blood on the floor of a subway station. 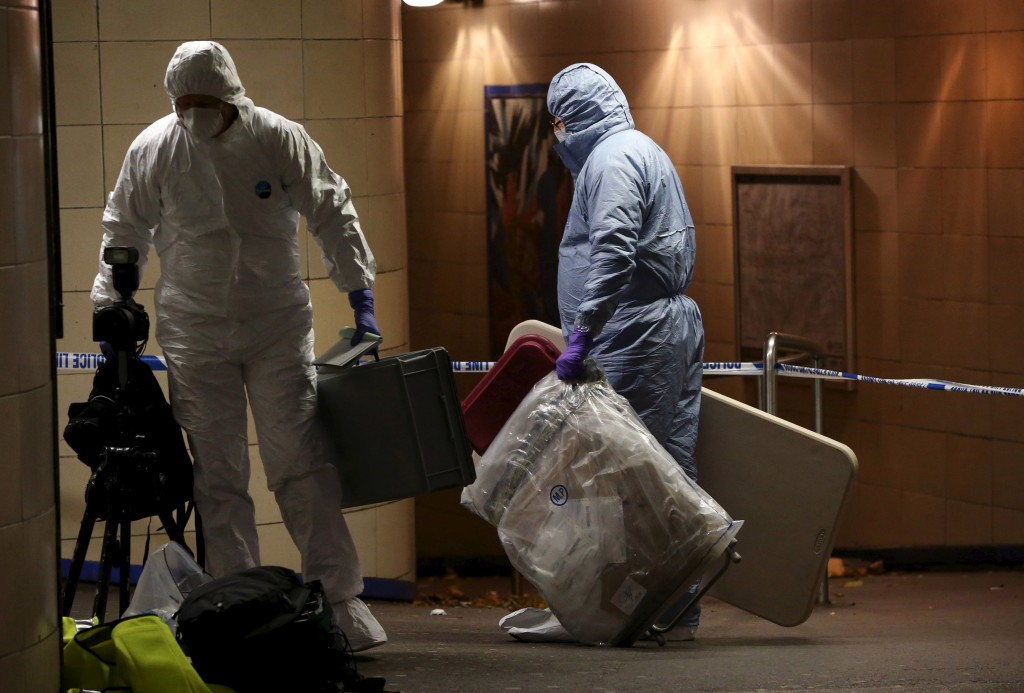 The Guardian reported the suspect told police he launched the attack because of Britain’s recent airstrikes, which began this week.

Another video posted on The Guardian’s website shows the accused attacker, wearing a gray shirt, tan pants and hat, lunging toward people, including police officers, in a subway station. (A note, the footage in the video may be distressing to some viewers.)

Authorities then Tasered the suspect, who dropped to the ground and was handcuffed.

On Thursday, the British Parliament approved an expanded airstrike campaign against the Islamic State in Syria following the terror attacks in Paris.

Left: Emergency responders investigate a crime scene at Leytonstone underground station in east London, Britain on Sunday. Police were called to reports of a number of people stabbed at the station in east London and a man threatening other people with a knife. One man was seriously injured and two sustained minor injuries, police said. Photos By Neil Hall/Reuters