Up to 25,000 Homeland Security staff have personal data stolen 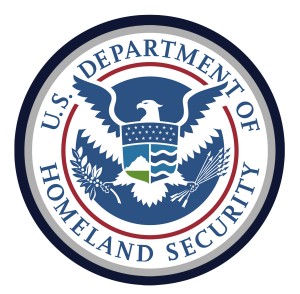 WASHINGTON — The internal records of as many as 25,000 Homeland Security Department employees were exposed during a recent computer break-in at a federal contractor that handles security clearances, an agency official said Friday.

The official, who spoke on condition of anonymity to discuss details of an incident that is under active federal criminal investigation, said the number of victims could be greater. The department was informing employees whose files were exposed in the hacking against contractor USIS and warning them to monitor their financial accounts.

Earlier this month, USIS acknowledged the break-in, saying its internal cybersecurity team had detected what appeared to be an intrusion with “all the markings of a state-sponsored attack.” Neither USIS nor government officials have speculated on the identity of the foreign government. A USIS spokeswoman reached Friday declined to comment on the DHS notifications.

USIS, once known as U.S. Investigations Services, has been under fire in Congress in recent months for its performance in conducting background checks on National Security Agency systems analyst Edward Snowden and on Aaron Alexis, a military contractor employee who killed 12 people during shootings at the Navy Yard in Washington in September 2013.

Private contractors perform background checks on more than two-thirds of the 4.9 million government workers with security clearances, and USIS handles nearly half of that number. Many of those investigations are performed under contracts with the Office of Personnel Management, and the Homeland Security and Defense departments.

The Justice Department filed a civil complaint in January against USIS alleging that the firm defrauded the government by submitting at least 665,000 security clearance investigations that had not been properly completed and then tried to cover up its actions. USIS replied in a statement at the time that the allegations dealt with a small group of employees and that the company had appointed a new leadership team and enhanced oversight and was cooperating with the Justice probe.

It’s not immediately clear when the hacking took place, but DHS notified all its employees internally on Aug. 6.

At that point, DHS issued “stop-work orders” preventing further information flows to USIS until the agency was confident the company could safeguard its records. At the same time, OPM temporarily halted all USIS background check fieldwork “out of an abundance of caution,” spokeswoman Jackie Koszczuk said.

Officials would not say whether workers from other government agencies were at risk. DHS will provide workers affected by the intrusion with credit monitoring. The risk to as many as 25,000 DHS workers was first reported Friday by Reuters.

A cybersecurity expert, Rick Dakin, said the possibility that other federal departments could be affected depends on whether the DHS records were “segmented,” or walled off, from other federal agencies’ files inside USIS.

“The big question is what degree of segmentation was already in place so that other agencies weren’t equally compromised,” said Dakin, chief executive of Coalfire, a major Maryland-based IT audit and compliance firm.