Margaret Warner talks with Rebecca Frankel, author of the new book “War Dogs,” about the powerful bond between servicemen and their combat dogs. Video shot by Morgan Till, edited by Ariel Min.

The crucial link for an effective war-dog-and-handler team in battle zones is the psychological bond between the two. They depend on each other for their lives. And if their assignment is detecting deadly IEDs — as it was for many of the 2,500 canines in America’s wars in Iraq and Afghanistan wars — so do every soldier or marine in the unit they lead on foot patrol.

It’s a deep bond based on trust, professional confidence in the other’s instincts and abilities to find explosives, and a personal mix of discipline, intimacy and affection. The bond can take weeks of training to develop and months of battlefield experience to hone. 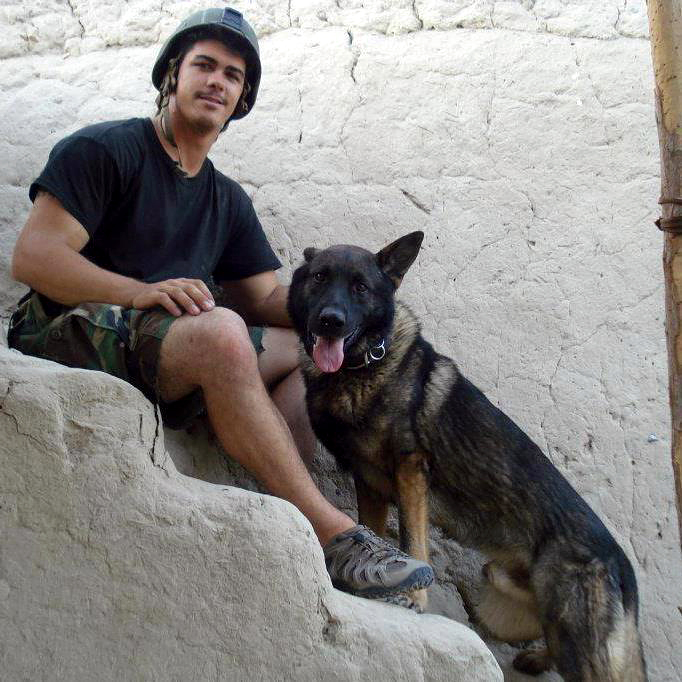 But as the tragic story of Marine Lance Cpl. Joshua Ashley and his German shepherd war dog, Sirius — named after the brightest star in the night sky — illustrates, no matter how well-trained they are, no matter how close they are, sometimes one is killed, and the other has to go on.

Author Rebecca Frankel first met 22-year-old Ashley and 6-year-old Sirius in March 2012, at the Yuma Proving Ground military base in the Sonoran desert of California. Sirius was Ashley’s first dog as they embarked on a grueling final three-week graduate school for dog-and-handler teams about to deploy to war. It’s a tough course, and not all of the teams make the cut. But Sirius and Ashley, says Frankel, “were a really solid team.”

Three weeks later, on what was “final exam” night, Frankel choose to trail and observe them over any of the other teams.

The objective that dark night, with no detection devices other than their own senses and night vision goggles, was to find a brick of the explosive C-4 in a simulated Afghan village. Their teamwork was seamless. The minute Sirius moved under the “hot” window, he froze, and signaled Ashley that he’d found it. They scored 100 percent, making them the top team in their graduating class. 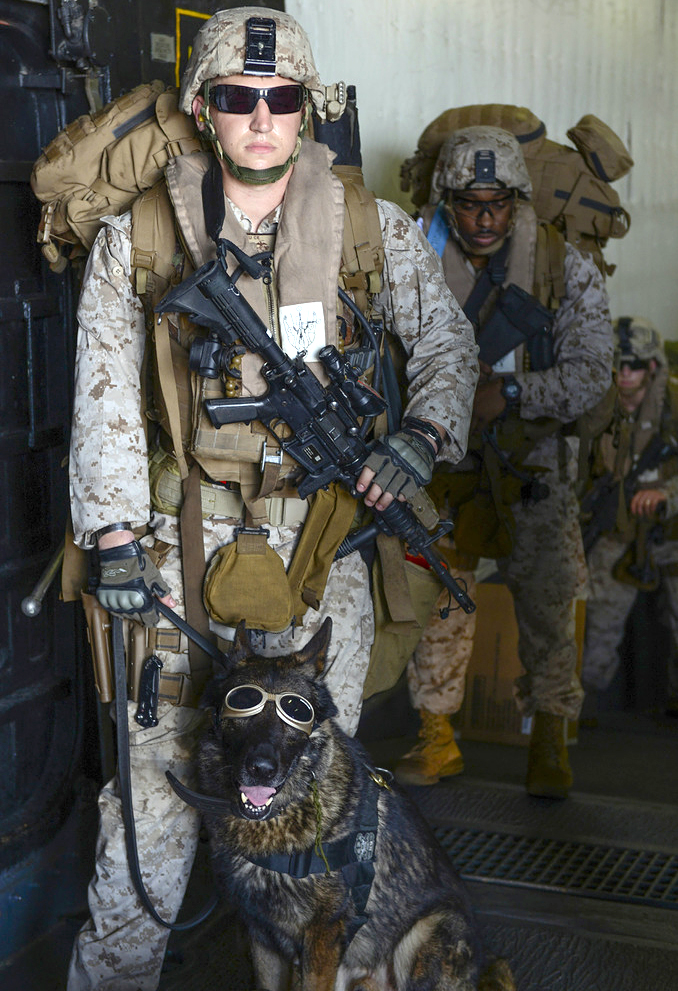 The two deployed to Afghanistan two months later in May. Ashley told his brother that “going out on a mission was the best adrenaline high he’d ever had.” Yet just two months after that, on July 18, 2012, Ashley was dead.

What happened that fateful night on patrol along the Helmand River, and what happened to Sirius afterwards, is one of those recounted by Frankel, a Foreign Policy.com editor, in her new book: “War Dogs: Tales of Canine Heroism, History and Love.”

We spoke to Frankel recently about Lance Cpl. Ashley and Sirius. Watch that video above, and see more photos of the two. They offer a window into the special prowess of these teams, and the ever-present danger in the battlefield.

You can watch more with Rebecca Frankel as she talks about “War Dogs,” on tonight’s PBS NewsHour.