“I’m letting them know that America is back,” Biden said after winning the November election, describing his conversations with German Chancellor Angela Merkel, Canadian Prime Minister Justin Trudeau and other heads of state who called to congratulate him on his victory. “We’re going to be back in the game.”

What that comeback should look like, exactly, is being hotly debated in foreign policy circles as Biden prepares to take over as commander in chief on Jan. 20.

Biden has drawn praise for pledging to restore multilateralism as a central tenet in U.S. foreign policy. Trump’s frequent criticism of close U.S. allies, friendly relationships with autocratic rulers, and withdrawal from agreements like the Paris climate accord were widely viewed as a threat to the post-World War II international order.

But Biden’s nominees for senior foreign policy and national security posts have acknowledged the world has changed during Trump’s presidency, and that a turn-back-the-clock reset on relations with Iran, China, Russia and other adversaries is simply not possible.

After four years of Trump, who argued that other nations have taken advantage of America in a globalized economy that hurts U.S. workers, it’s also no longer a given that most Americans want the United States to play a lead role in promoting peace and economic prosperity around the world.

The traditional “paradigm of U.S. foreign policy — American leadership, alliances, promoting rules-based order — all of that is sort of not embraced by average Americans” as much as it once was, said Andrew Weiss, a former senior National Security Council official under former President Bill Clinton.

“Some benefits of that engagement didn’t trickle down to key parts of our country,” said Michael Leiter, who served as director of the National Counterterrorism Center from 2007 to 2011. “The death of manufacturing in the Midwest wasn’t driven purely by NAFTA and global engagement. But it was a byproduct.”

Biden has made the connection between domestic economic growth and national security a cornerstone of his foreign policy plans. The view has also been embraced by Jake Sullivan, Biden’s pick for national security adviser, who has written and spoken extensively on the topic.

“The alliances we rebuild, the institutions we lead, the agreements we sign, all of them should be judged by a basic question: Will this make life better, easier, safer for families across this country?” Sullivan said last month when Biden officially announced his foreign policy team.

Still, Biden cannot delay action on a host of global challenges while he works to shore up a U.S. economy battered by the coronavirus pandemic. Biden will need to redefine American leadership abroad while simultaneously addressing the domestic economic and public health crisis, said John McLaughlin, a former senior CIA official.

Biden will have “a lot of messaging to do here about why it serves American interests to be engaged in the world. It’s a hard job to get that point across,” said McLaughlin, who served as the CIA’s deputy director and acting director under former President George W. Bush. “His priorities are, to a degree, to remove the ambiguity and confusion in the world about whether the United States is going to lead or not. And if we are, how?”

As president, Biden will right away confront some of the most vexing U.S. foreign policy problems.

Winding down the war in Afghanistan

On Afghanistan, the U.S.-Taliban accord signed in Doha last February paved the way for a full withdrawal of American and other foreign troops by May 2021, if the Taliban insurgency and Afghan government reach a ceasefire agreement and meet other conditions.

But in a statement this month, Taliban leaders said they did not believe the troop withdrawal deadline laid out in the accord was based on preconditions. Experts following America’s longest war said the Taliban position could complicate the peace talks going forward under Biden.

“Biden will face an immediate decision point because, according to the Doha agreement with the Taliban, we’re supposed to withdraw our troops by May 1st. That’s only 14 weeks after Biden’s inauguration,” said Barnett Rubin, who served as a senior adviser on Afghanistan and Pakistan under former President Barack Obama from 2009 to 2013. 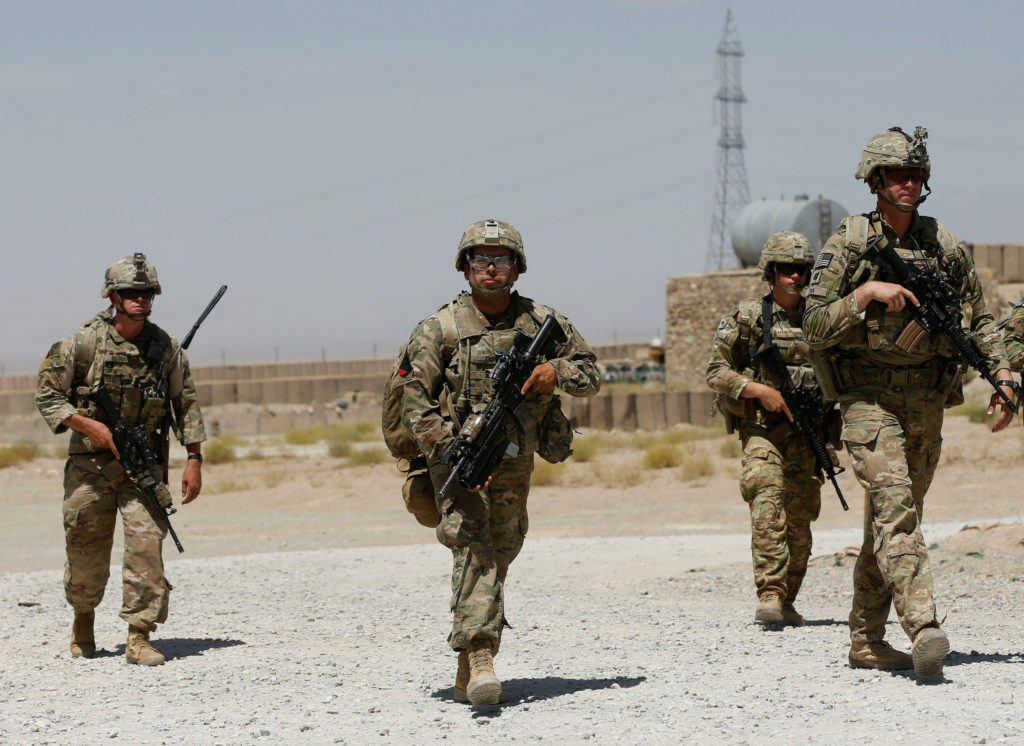 Last month, the Trump administration announced plans to reduce the current number of roughly 4,500 U.S. troops in Afghanistan to 2,500 by Jan. 15. The administration also said it would lower the U.S. troop level in Iraq to 2,500 from 3,000 by mid-January, just days before Biden is set to take office.

The announcement was praised by some Democrats but criticized by Republicans, setting the stage for a fresh debate over America’s presence in the region that has bedeviled the past three administrations.

Biden has been on both sides of the debate. As a senator he voted to go to war in Iraq, and he opposed a troop surge in Afghanistan when he served as vice president. As president, Biden will find there is little the U.S. can do to change the outcome in Afghanistan, said Rubin, who credited the Trump administration for starting the peace talks. “We’ve already passed our peak. We will not be able to accomplish more than we’ve already accomplished,” he said.

Biden may also be forced to confront North Korea in his first months in office. Dating back to the George W. Bush years, North Korea has timed nuclear and long-range missile tests to coincide with post-election periods in the U.S. or the first months of a new administration.

North Korean leader Kim Jong Un could take a similar tack to test Biden, coming after a period in which he enjoyed an unusually close relationship with the U.S. under Trump.

“North Korea really ratchets things up and puts pressure on the U.S. early in an administration,” said Sung-Yoon Lee, an expert on U.S.-North Korea relations who teaches at Tufts University. “It’s far more likely than not that North Korea would follow in that pattern and put pressure on a Biden admin with a weapons test” during his first months in office, he said.

But the Biden administration will have less leverage to pressure North Korea to denuclearize than the U.S. did before Trump took office. Trump and Kim held two summits over the past four years but failed to reach an agreement.

Meanwhile, North Korea has continued to develop its nuclear weapons program under Trump’s watch. Biden will have trouble forcing Kim to change course without support from China, and help from the Chinese is unlikely, North Korea watchers said.

The Iran nuclear deal and Israeli-Palestinian conflict offer other examples of foreign policy issues that have changed significantly since Biden and Obama left office in early 2017.

Biden has pledged to rejoin the Iran nuclear deal, which Trump withdrew from in 2018. Sullivan said at a forum earlier this month that the goal of convincing Iran — which has continued building its nuclear weapons capacity under Trump — to accept the terms of the original 2015 deal was “realistic and achievable.”

But Sullivan and other senior officials on Biden’s team have also acknowledged the situation changed under Trump, and forcing Iran back to the negotiating table will be difficult even though the country is eager to see crippling economic sanctions lifted.

Likewise, few Middle East experts believe Biden can undo policies on the ground in Israel and the West Bank made during Trump’s tenure that have drastically reduced the chances of a two-state solution. 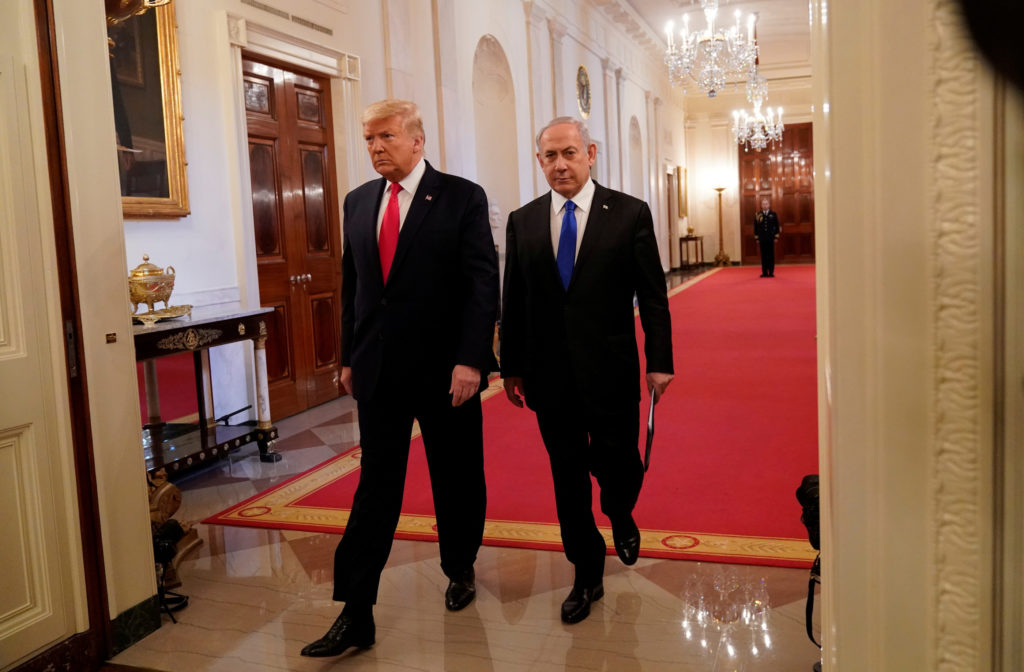 Trump moved the U.S. embassy in Israel from Tel Aviv to Jerusalem, a change that angered Palestinians but one Biden is unlikely to reverse. The Trump administration helped broker peace deals between Israel and several neighboring countries in recent months, something observers said would bring added stability to the region.

But Trump also developed a close alliance with Israeli Prime Minister Benjamin Netanyahu, who has pursued a strategy of aggressive Israeli expansion in the West Bank. The growth of Jewish settlements cannot be easily rolled back and stands as an impediment to any peace talks under Biden, according to scholars who study the conflict.

READ MORE: What a Biden administration could mean for criminal justice reform

Whether on Israel, Iran or a host of other issues, “it’s not possible to go back to the way things once were. That would require altering some of what happened the past few years,” said Shadi Hamid, a senior fellow at the Brookings Institution.

Biden’s foreign policy team is stacked with veteran policy makers like Antony Blinken, the nominee for secretary of State. But having an experienced team full of “traditional foreign policy thinkers” could lead the Biden administration to fall into familiar traps if they “apply traditional ideas to a changed world,” Hamid said.

China’s emergence as an economic and military superpower is perhaps the single biggest change Biden will encounter on the foreign policy and national security front.

“In 2001, when the United States sent its forces into Afghanistan, its economy was 4.5 times the size of the combined economies of China, India, Pakistan, Iran, Russia, and Central Asia,” Rubin said, citing World Bank data. “Today, it’s half their size,” he said, a change driven primarily by China’s steady if uneven economic growth in recent years.

The U.S. has long relied on its economic might to try to pressure Beijing on trade, intellectual property theft, human rights violations and other issues. But given China’s growing strength the strategy won’t work going forward, said McLaughlin, the former senior CIA official.

“The reality is that we are confronting a rising China. It doesn’t mean that China has to be our enemy. But it’s going to be a competitor and a force in the world,” McLaughlin said.

Taking on China and other threats will require a multilateral approach between the U.S. and its European allies and bipartisan consensus in Congress, foreign policy watchers said. But even there, Biden will likely run into problems getting buy-in from Republicans and European allies worried that political divisions in America will undercut Biden’s ability to present a unified U.S. front to the world.

“In the past there was at least some bipartisan consensus on major foreign policy, and a group of elder statesmen that tended to be less partisan. That is no longer the case on the Republican side,” Hamid said. The principle that “America has this moral leadership role to play in the world” is “just not where the heart of the Republican Party is.”

“The world isn’t sure what we’re going to do next,” McLaughlin said. Despite Biden’s victory and his pledge to restore American leadership abroad, “we look like a divided country. Our partners, and potential partners, have to ask themselves, just how divided are we, and how permanent is it?”

Left: President-elect Joe Biden stands with his nominees for his national security team at his transition headquarters in the Queen Theater in Wilmington, Delaware, on November 24, 2020. REUTERS/Joshua Roberts