It’s a morning light that we photographer’s covet; we call it “The Golden Hour.” The light is softer at dawn, with a depth of contrast that we find desirable. But this moment is very short and vanishes all too quickly as the sun slowly rises. 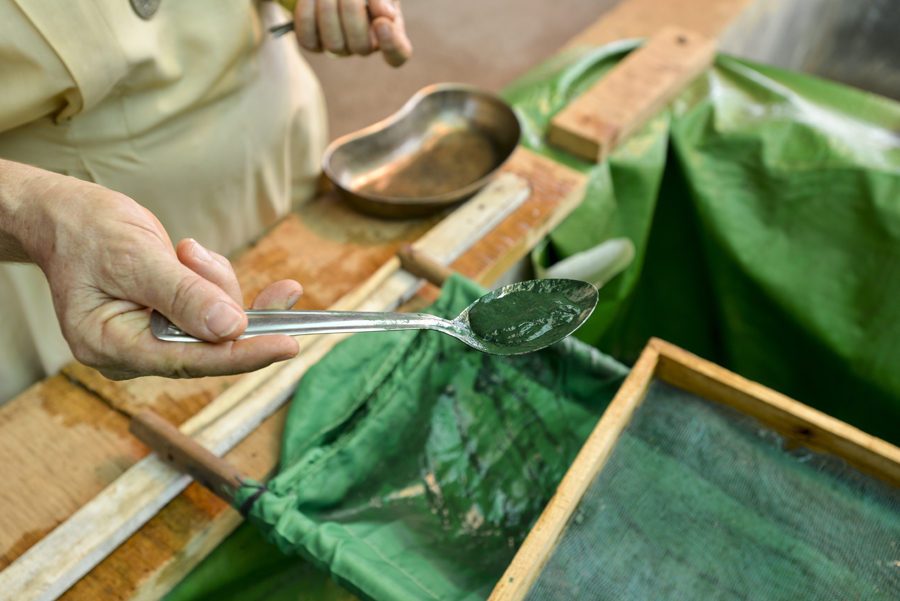 The green algae known as spirulina is a source of protein, B-vitamins and iron. Photo by Sebastian Rich for PBS NewsHour

Unfortunately this so-called golden hour can give an illusion of comfort to any subject, and in the case of the crumbling and broken city of Bangui, which has been caught in the crossfire between warring Muslim and Christian groups. it needs all the help it can get.

But on this occasion I can’t camouflage or misrepresent the effects of a terrible, vicious civil war that has ripped this country and its capital apart. My cameras reluctantly remain at my side as I step through the rusting gates of St. Joseph Health Centre.

St. Joseph has seen the worst of the worst come through its doorway in a war that has claimed thousands of lives and displaced hundreds of thousands since December 2012. And one of the saddest effects of the conflict has been malnutrition, says Sister Margherita Floris, who has been the driving force of the medical center for more than 20 years. 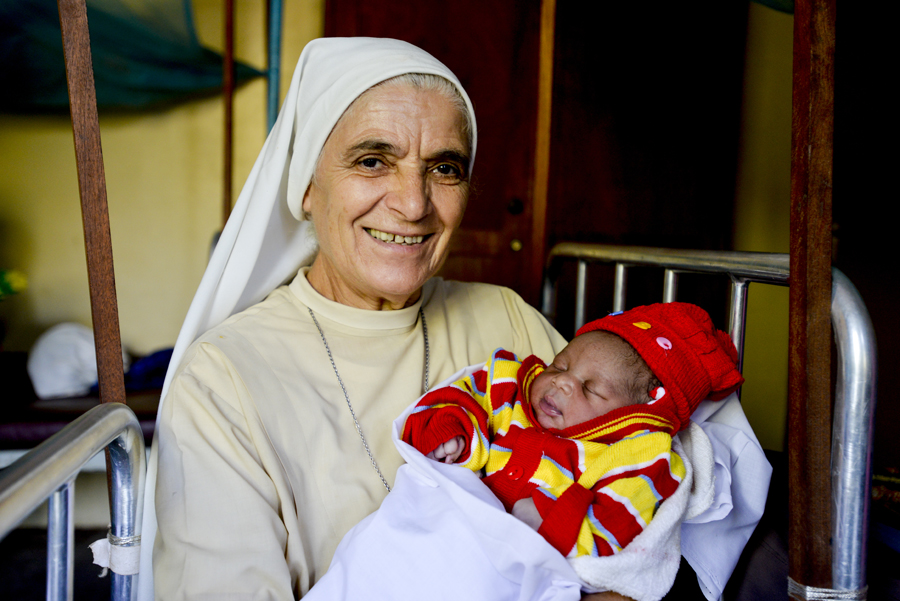 She tells me that the number of children being treated for acute malnutrition in Bangui “is so so many, too many, I can’t count, but we try to do our very best.”

The nuns of the centre, who serve women and children with pre and post-natal care, do their best to alleviate the suffering of children with acute malnutrition. They have literally taken matters into their own hands.

Instead of waiting for high protein supplements from NGO’s, which more often than not get held up because of security issues across the country, a couple of years ago the nuns took the advice of a passing French pharmacist who gave them the formula and the technical skills to grow the vitamin rich green algae spirulina in their own back yard. 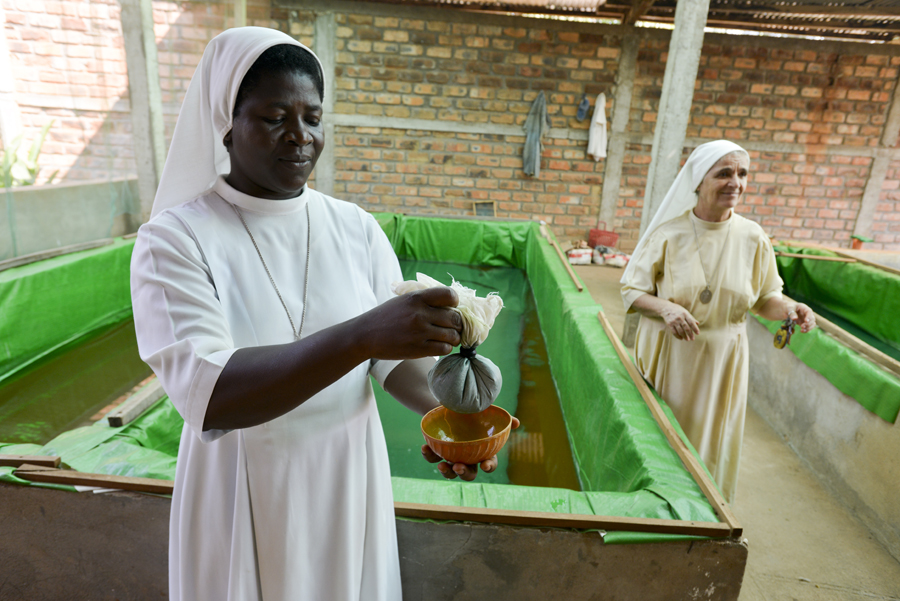 With materials begged and borrowed from the local community, the nuns single-handedly built the concrete tanks that would eventually grow the algae.

The U.S.’s National institutes of Health reports that though early research on the use of this type of algae for malnutrition in infants and children has been mixed, undernourished children who were given spirulina with a combination of other food gained weight.

Spirulina contains all of the essential amino acids plus minerals like iron. The algae is also a good source of protein, according to the USDA.

Sister Margherita’s eyes sparkle with satisfaction as she tells me “none of our babies die anymore, we have a huge success with this.” 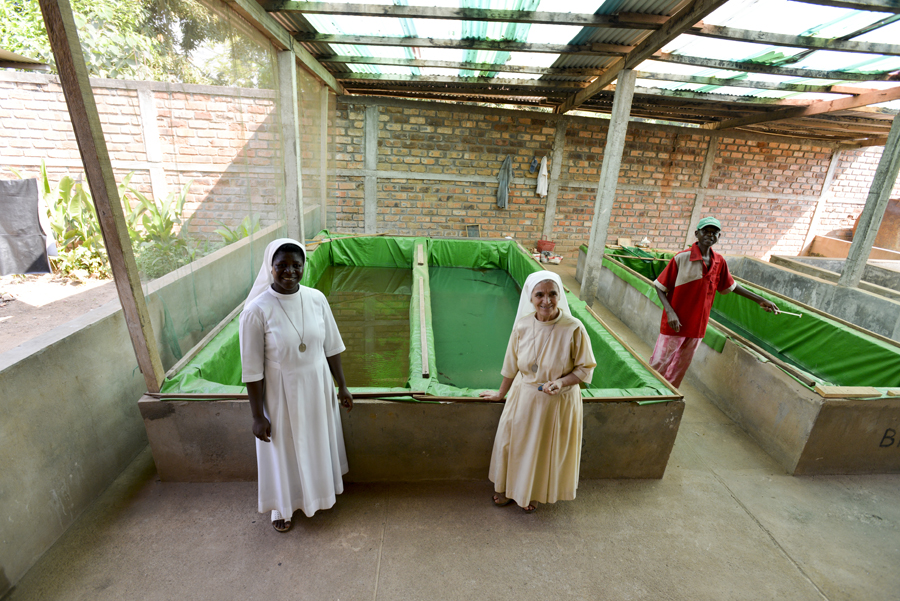 The nuns at St. Joseph’s serve pregnant women before during and after they give birth. Photo by Sebastian Rich

According to the United Nations, more children will die in CAR from malnutrition and related diseases than from bullets. Malnutrition is even more deadly in the rainy season, when diarrhoea and malaria are at their peak. Both diseases put the lives of already malnourished children in danger. It is estimated that 28,000 children in CAR will suffer from acute malnutrition this year alone.

The sisters of St. Joseph have are helping to reduce this staggering number. Nutritionists globally have recommended to governments that spirulina be used on a large scale to combat malnutrition because of its excellent nutritional value as well as its cost effectiveness.

Left: Nuns at the St. Joseph Health Centre in Bangui, Central African Republic, grow their own algae as a supplement for malnourished children who have suffered the ravages of war since 2013. Photo by Sebastian Rich