An Associated Press photographer was shot and killed Friday and an AP reporter was wounded when an Afghan policeman opened fire while they were sitting in their car in eastern Afghanistan, the AP reports. The two were on assignment covering the country’s upcoming presidential election.

Anja Niedringhaus, 48, a Pulitzer Prize-winning German photographer, was killed instantly, according to an AP Television News freelancer who witnessed the shooting.

Kathy Gannon, who had served as the news organization’s Afghanistan bureau chief and currently is a special correspondent for the region, was shot twice and later underwent surgery. The AP reports that she was described as being in stable condition.

“Anja is the 32nd AP staffer to give their life in pursuit of the news since AP was founded in 1846,” Gary Pruitt, Associated Press president, wrote in a memo to staff. “This is a profession of the brave and the passionate, those committed to the mission of bringing to the world information that is fair, accurate and important. Anja Niedringhaus met that definition in every way.”

Niedringhaus was part of an AP team that won the 2005 Pulitzer Prize in breaking news photography for coverage of the war in Iraq. She joined the AP in 2002.

Gannon, 60, is a Canadian journalist based in Islamabad who has covered Afghanistan and Pakistan for the AP since mid-1980s. She is the author of a book, “I Is for Infidel: From Holy War to Holy Terror: 18 Years Inside Afghanistan.”

Violence has plagued the country in the lead-up to Saturday’s election. On Wednesday a suicide bomber killed six policemen in central Kabul. Afghans will go to the polls to elect a president to succeed Hamid Karzai, who has governed Afghanistan since the 2001.

Since the beginning of the year, 13 journalists besides Niedringhaus have been killed while on assignment, according to the Committee to Protect Journalists. On March 11, Hong Kong-based journalist Nils Horner was killed in a Taliban suicide attack in Kabul. 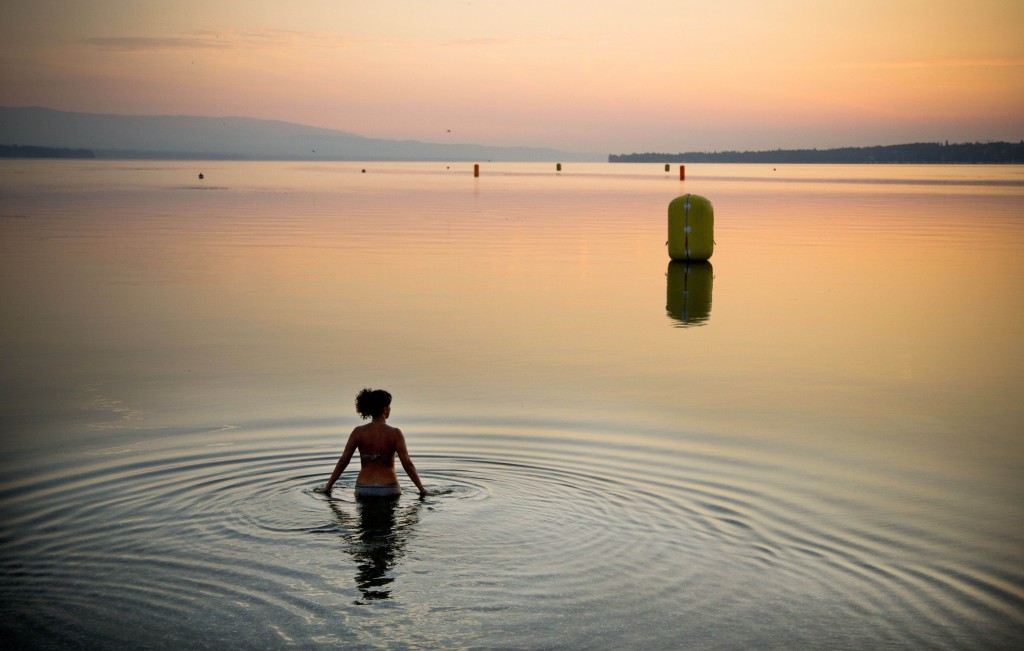 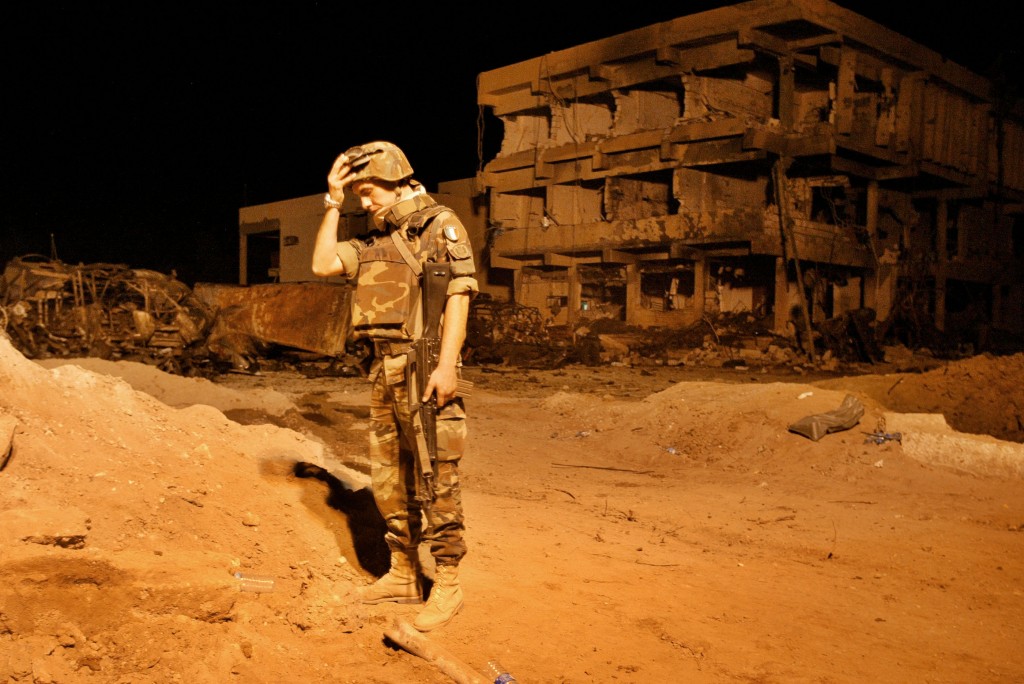 Under the harsh glare of spotlights, an Italian soldier stands
guard at the Carabinieri barracks in Nasiriyah where 33 people,
including 19 Italians, were killed in a terrorist truck bombing in November, 2003. Photo by Anja Niedringhaus/AP 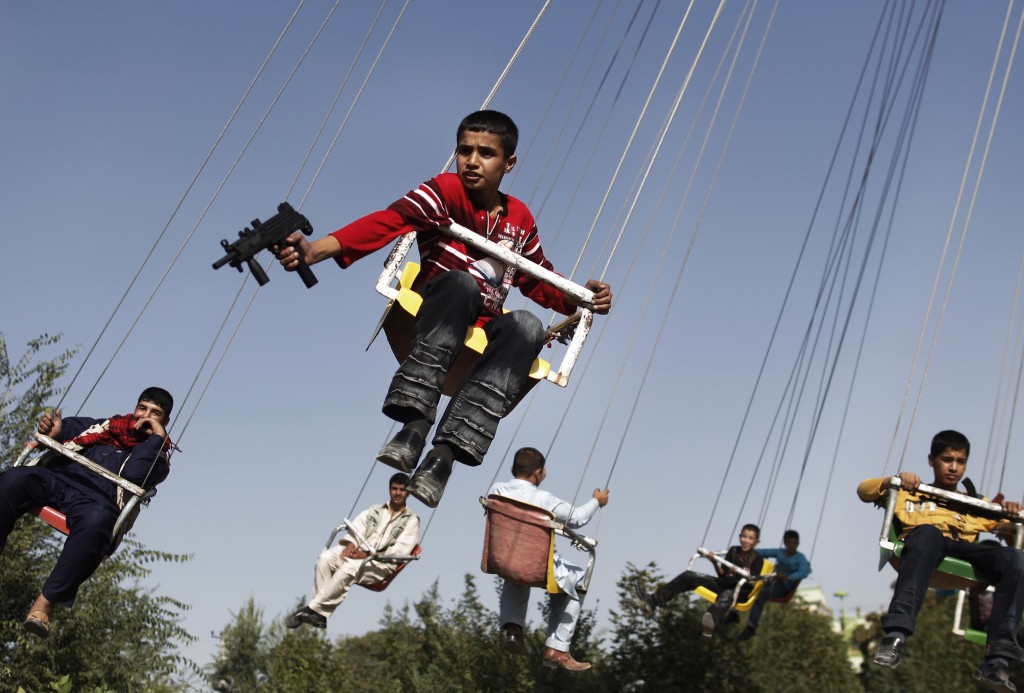 In this Sunday, Sept. 20, 2009 file photo, an Afghan boy holds a toy gun as he enjoys a ride with others on a merry-go-round to celebrate the Eid al-Fitr festival, in Kabul, Afghanistan. Photo by Anja Niedringhaus/AP 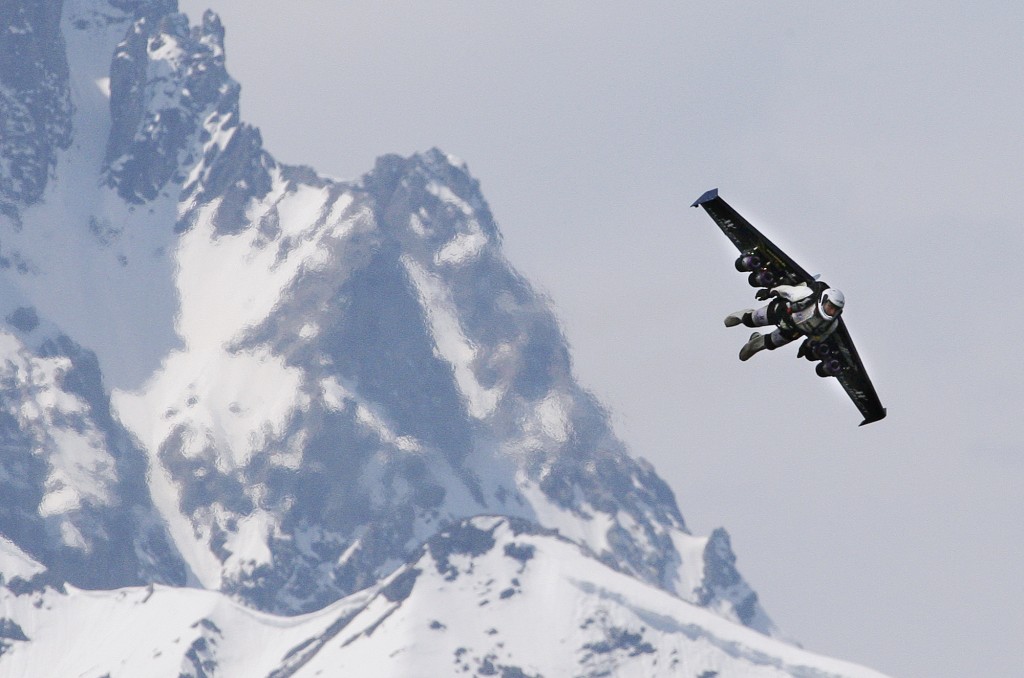 Yves Rossy, known as the ‘Fusion Man,’ flies with a jet-powered single wing over the Alps in Bex, Switzerland, Wednesday, May 14, 2008. Photo by Anja Niedringhaus/AP 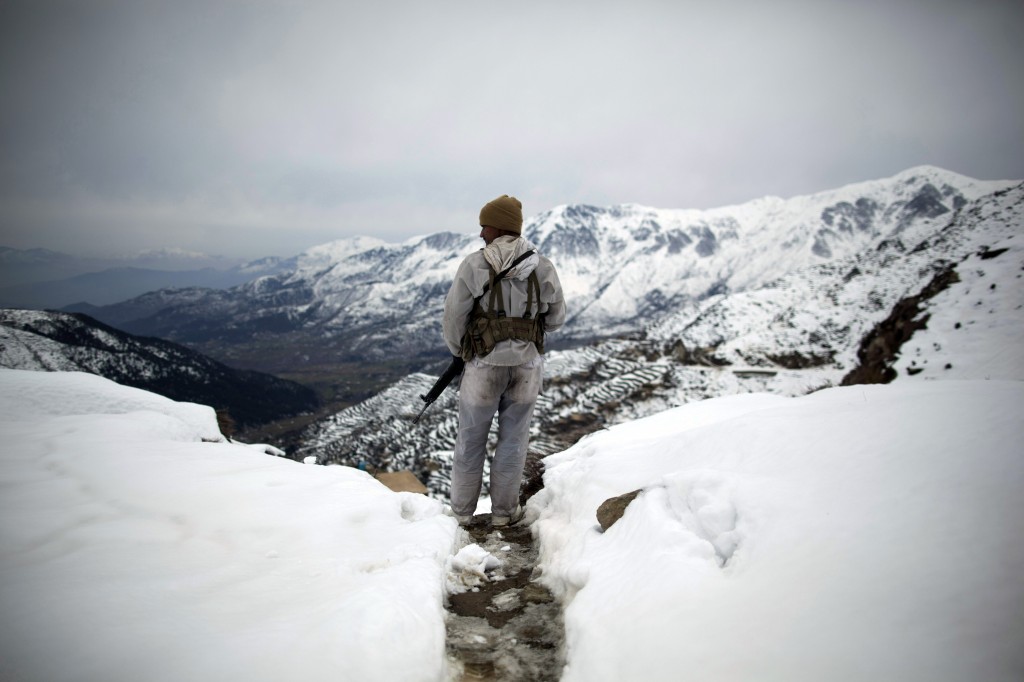 In this Friday, Feb. 17, 2012 file photo made by Associated Press photographer Anja Niedringhaus, a Pakistani Army soldier with the 20th Lancers Armored Regiment stands atop the 8000-foot mountain during a patrol near his outpost, Kalpani Base, in Pakistan’s Dir province on the Pakistan-Afghan border. 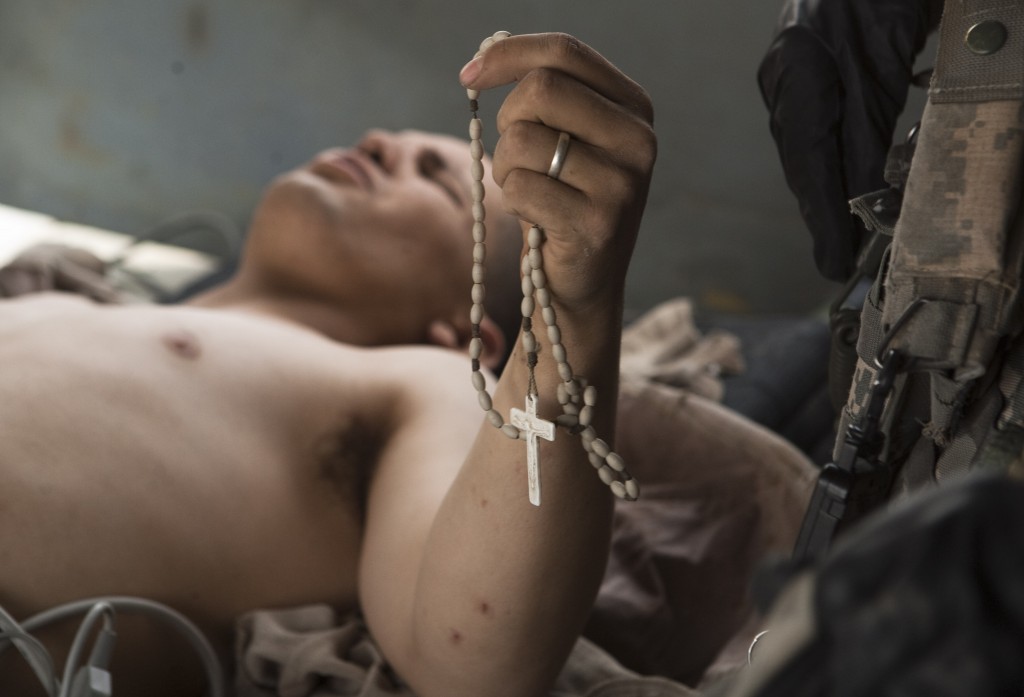 Lance Cpl. Blas Trevino of the 1st Battalion, 5th Marines, clinches onto his Rosary beads as he is rescued onto a medevac helicopter from the U.S. Army’s Task Force Lift “Dust Off”, Charlie Company 1-214 Aviation Regiment after he got shot in the stomach outside Sangin, in the Helmand Province of southern Afghanistan, Saturday, June 11, 2011. Photo by Anja Niedringhaus/AP 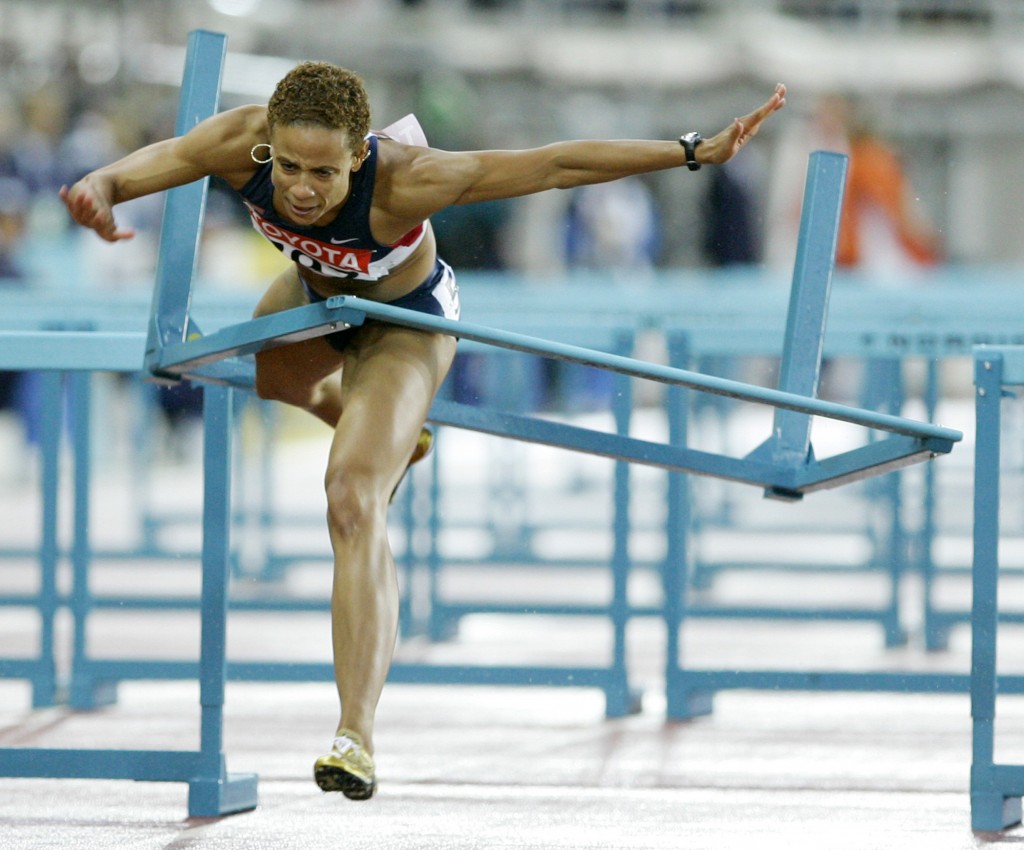 Joanna Hayes of the US collides with a hurdle, during the final of the Women’s 100 meter hurdles at the World Athletics Championships in Helsinki, Thursday Aug. 11, 2005. Photo by Anja Niedringhaus/AP 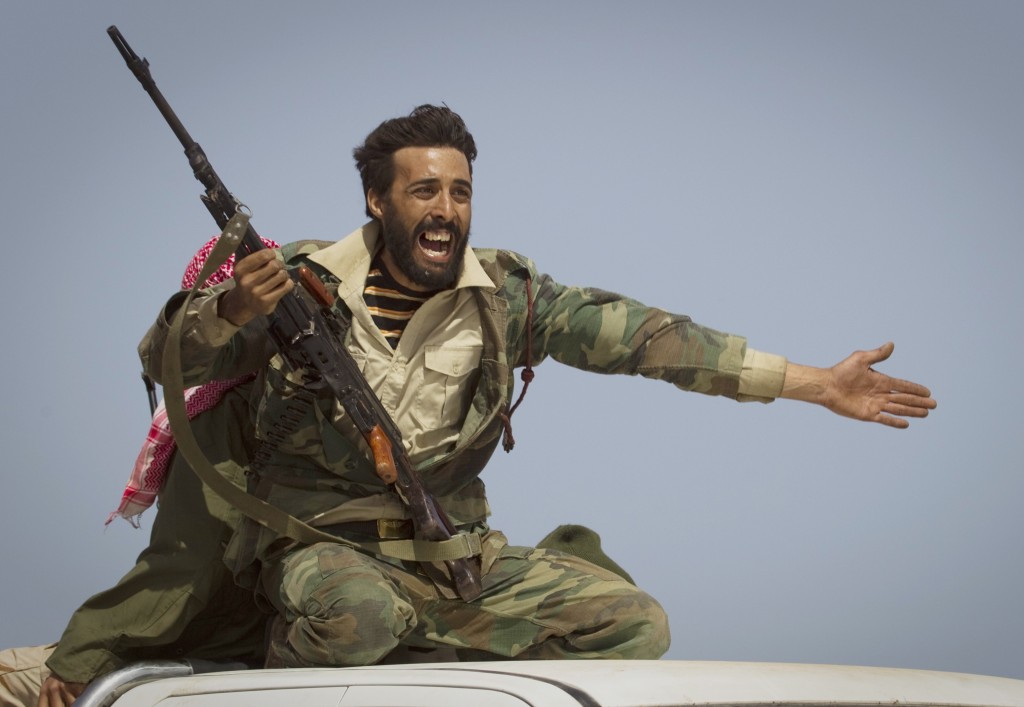 A Libyan rebel urges people to leave, as shelling from Gadhafi’s forces started landing on the frontline outside of Bin Jawaad, 150 km east of Sirte, central Libya, Tuesday, March 29, 2011. Photo by Anja Niedringhaus/AP 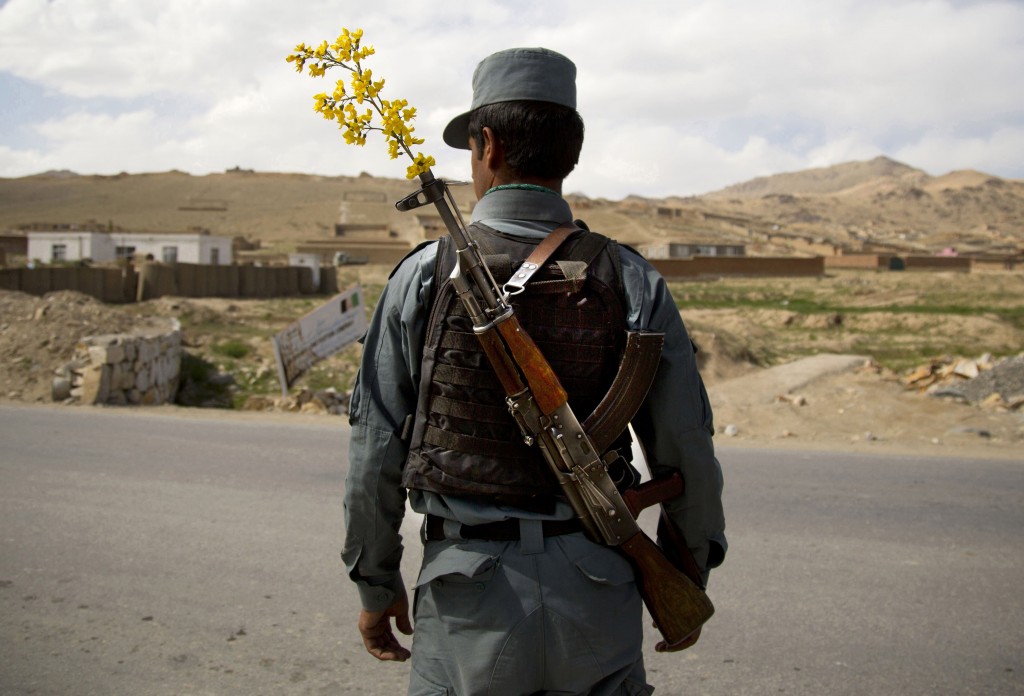 In this Wednesday, May 15, 2013 file photo made by Associated Press photographer Anja Niedringhaus, an Afghan National Police officer mans a checkpoint in the outskirts of Maidan Shahr, Wardak province, Afghanistan.

In this Thursday, April 11, 2013 photo, an Afghan woman holds her newly born baby wrapped in her burqa as she waits to get in line to try on a new burqa in a shop in the old town of Kabul, Afghanistan. Photo by Anja Niedringhaus/AP 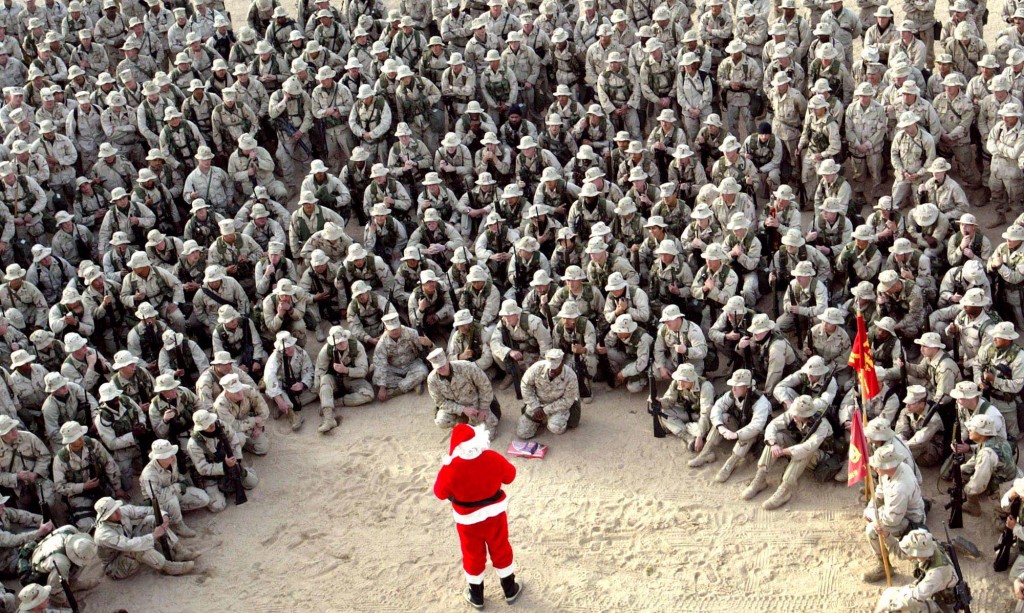 In this Tuesday, Dec. 24, 2002 file photo made by Associated Press photographer Anja Niedringhaus, hundreds of U.S. Marines gather at Camp Commando in the Kuwait desert during a Christmas eve visit by Santa Claus. 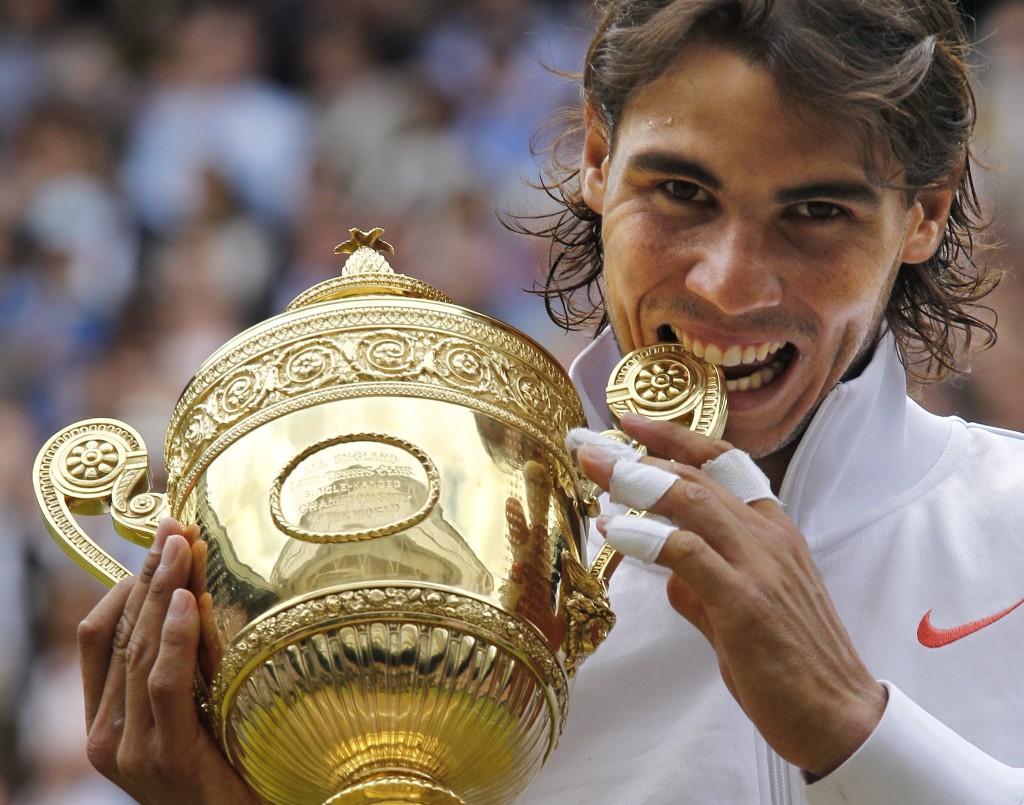 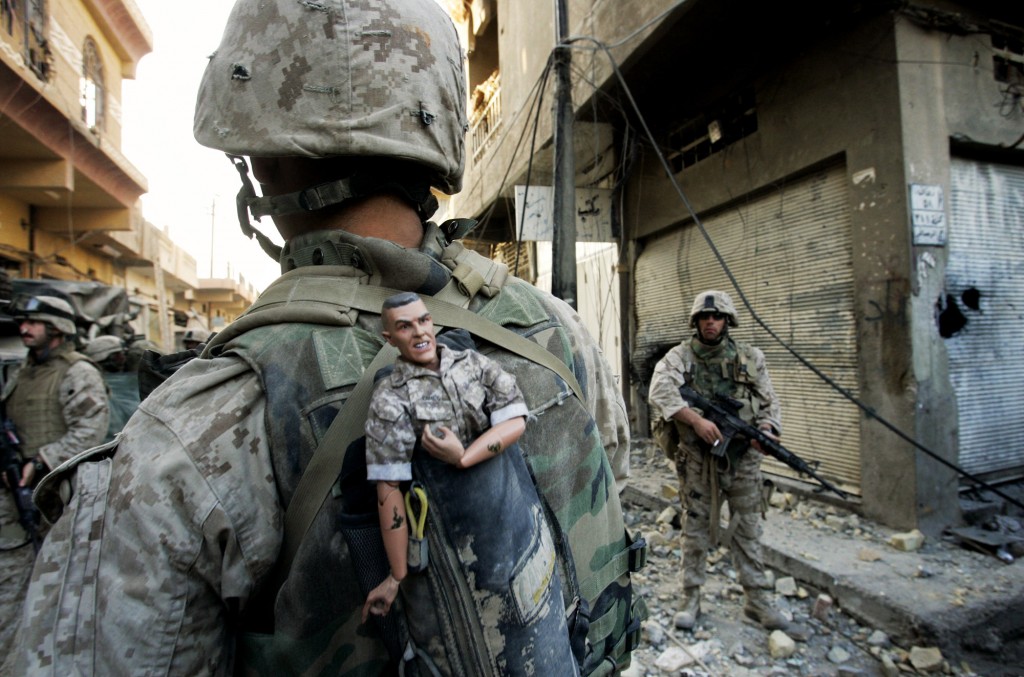 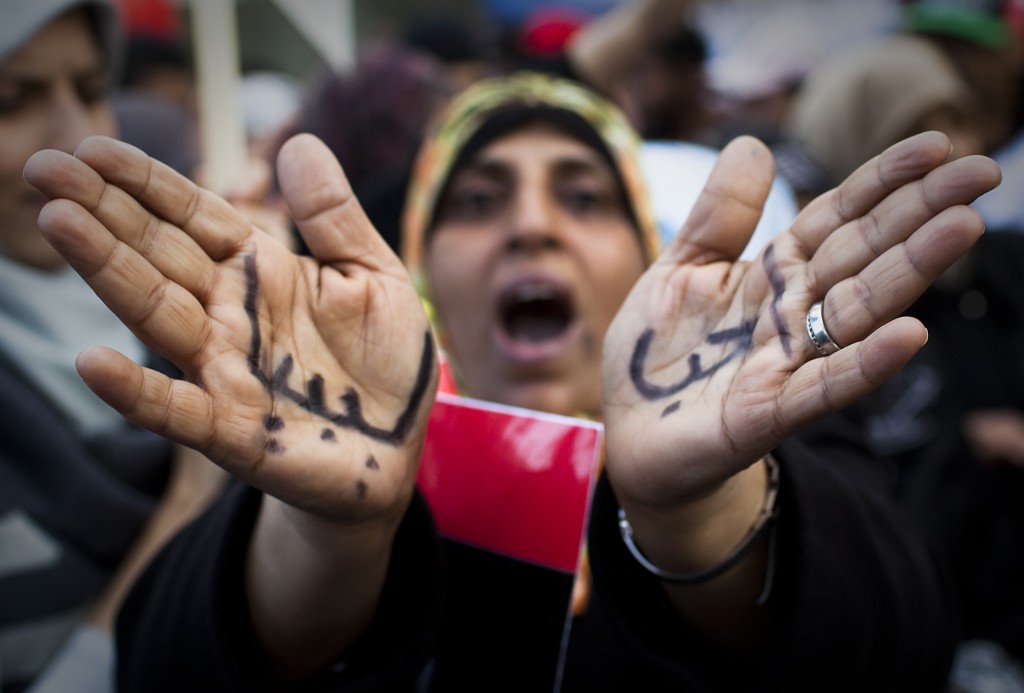 A Libyan woman reacts with her hands written on them in Arabic ” I love Libya’ as she joins a rally in support of the allied air campaigns against the forces of Moammar Gadhafi in Benghazi, eastern Libya, Wednesday, March 23, 2011. Photo by Anja Niedringhaus/AP 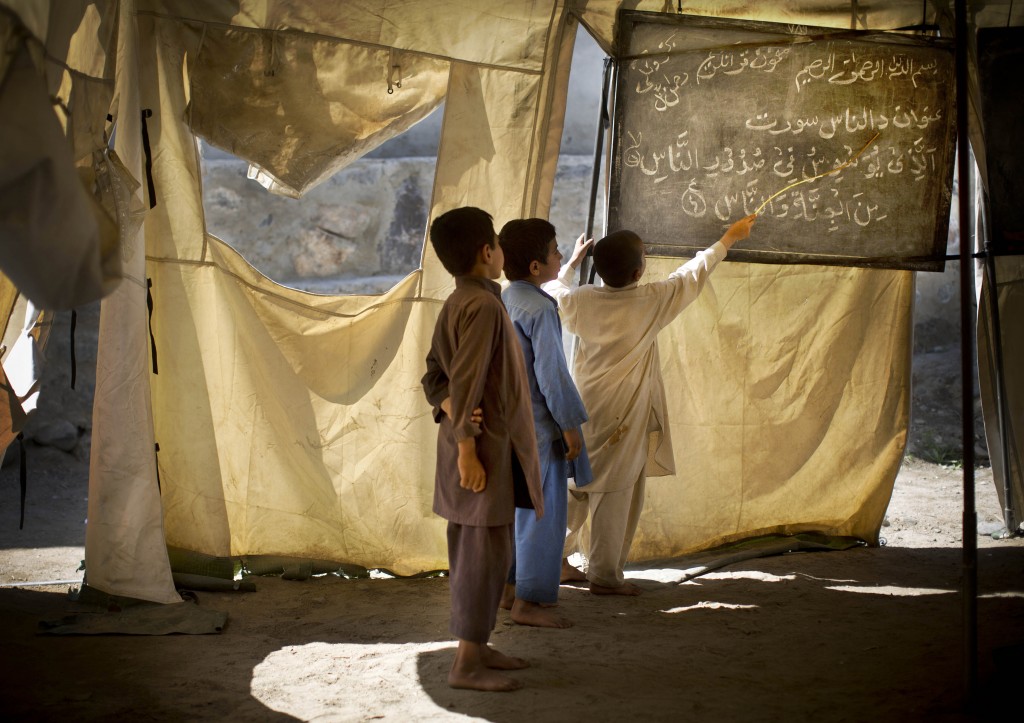 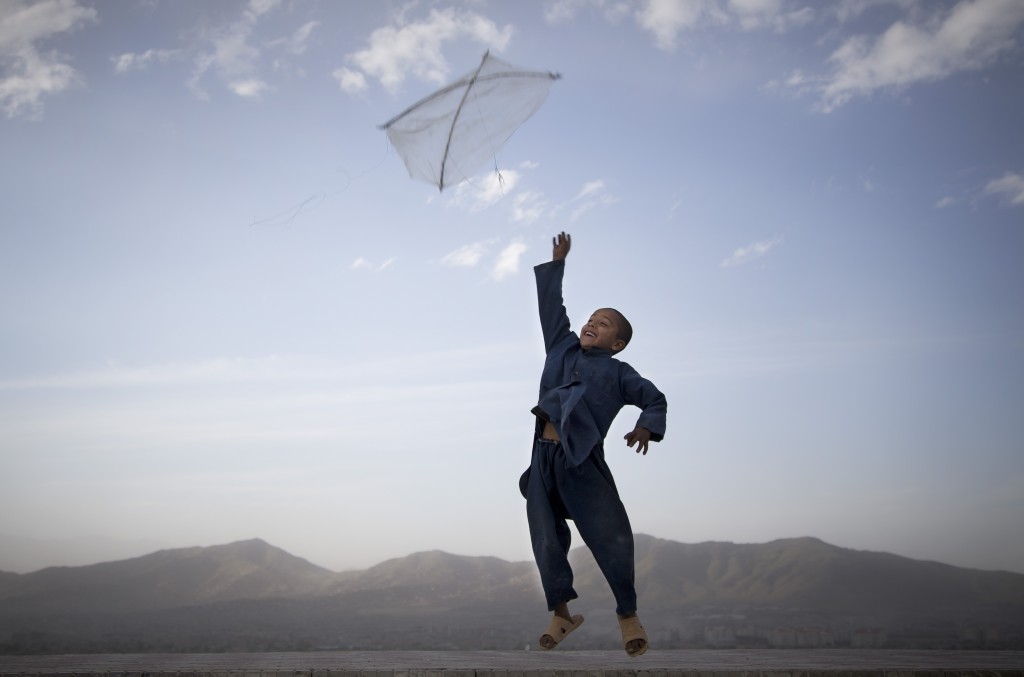 In this May 13, 2013 file photo made by Associated Press photographer Anja Niedringhaus, an Afghan boy flies his kite on a hill overlooking Kabul, Afghanistan. 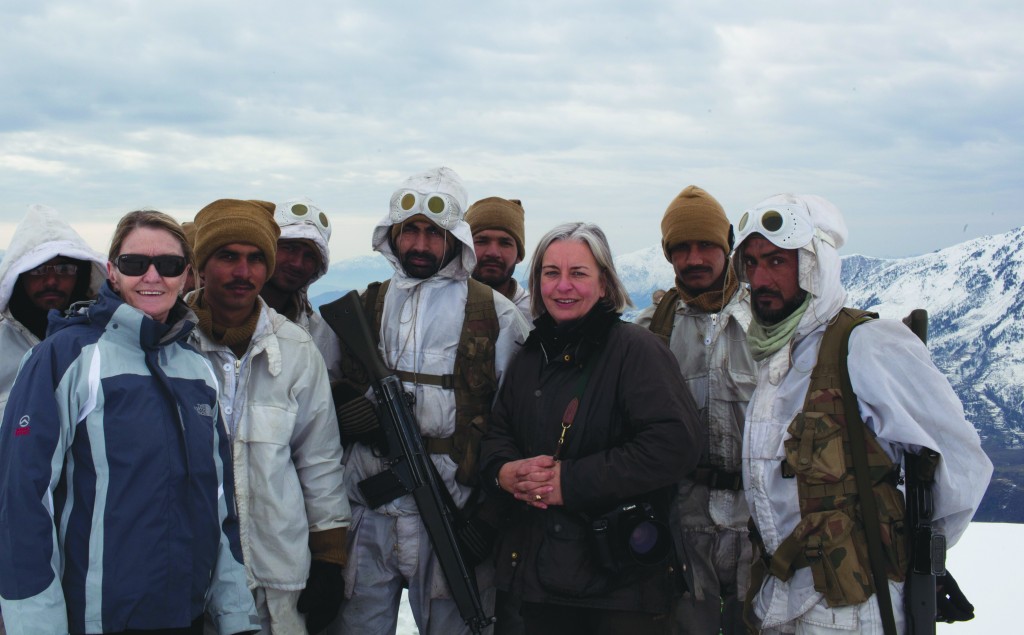 .@AP exec editor Kathleen Carroll once asked Anja Niedringhaus for a copy of her favorite photo. This was it. #RIP pic.twitter.com/pmwUXDuh68 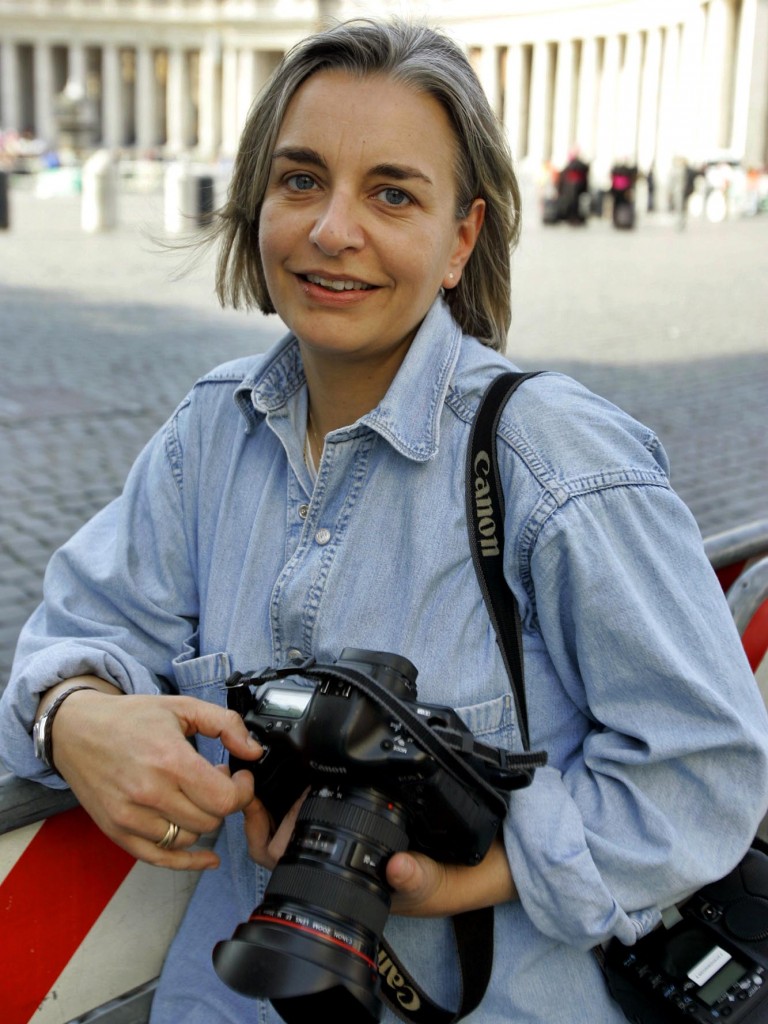