As the fight in northern Syria shifts focus, here’s what has changed

Today, Syria is known for the tragedy of its war: hundreds of thousands dead, millions displaced. And now, great power competition coming to the fore, once again, in the aftermath of the fight against the so-called Islamic State. But much of the detail gets lost in the headlines. Much more goes missing entirely.

Here, a ground-level look at what has changed between northern Syria today and northern Syria six months back, when we visited with a NewsHour team for our three-part series.

In Raqqa, the ISIS fight is over — but the future is uncertain.

The city that terrified last summer — with its emptied-out streets and silence pierced only by the sounds of car bombs, mortar shells and small arms fire — can be approached today without the same kind of fear. The ISIS fight ended just a few months after we visited Raqqa with Klara, one of the commanders from the U.S.-backed Syrian Democratic Forces. But what ISIS has left in its wake is deadly and prevents return: a city full of mines designed to make it impossible for people to go home. The United States, through calls from U.S. military leaders, is working to convince more countries to put more dollars into rebuilding, but the political purgatory and uncertainty facing the city isn’t helping. The Syrian Kurdish authorities say they are trying to build a multiethnic “democratic project” amid war, but their experiment faces threats from Turkey, pressure from the Syrian regime and a lack of recognition from the rest of the world. 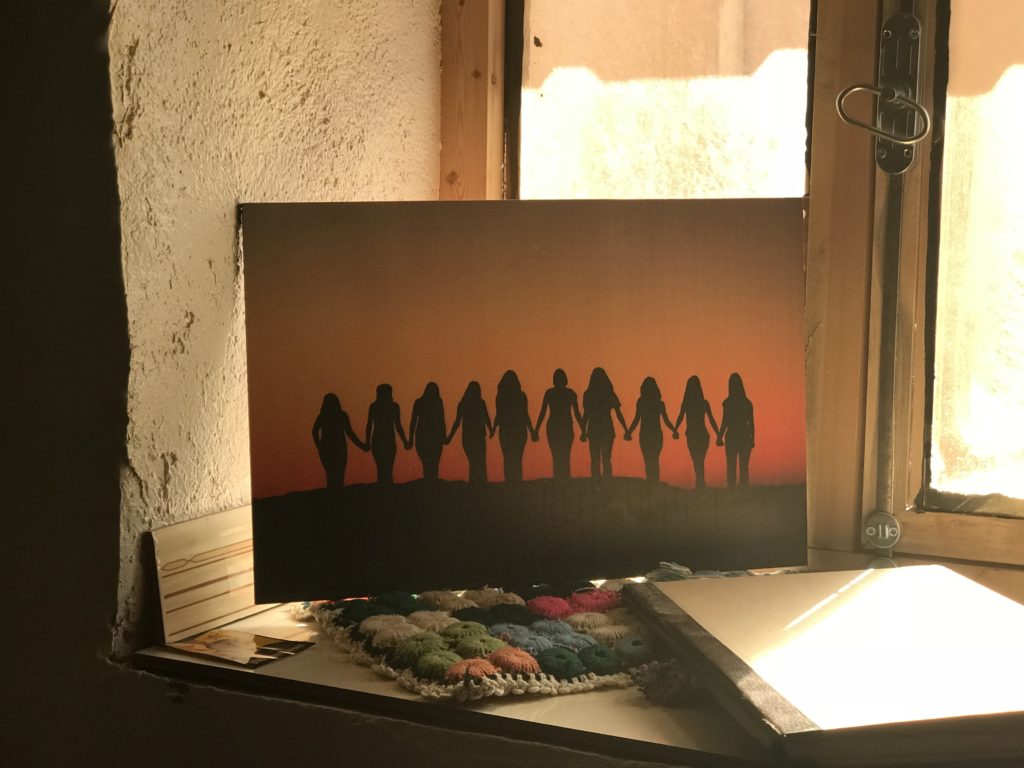 A photo appears at the women’s cooperative outside the town of Amudah, Syria. Photo by Gayle Tzemach Lemmon

While thousands are said to have returned home, the camp for the displaced outside Raqqa still is home to many Raqqa residents whose houses were leveled in coalition air strikes aimed at routing ISIS. There is no permanent home for them now. Outside Raqqa, in the town of Ain Issa, shops have opened since this summer. Among them are kabab vendors, grocers, restaurants and a market selling Nutella.

For Syrian Kurds, Turkey and the invasion of Afrin — not ISIS — are the focus.

Last summer the fight against ISIS seized local headlines, as did the fight to retake the capital of the so-called Islamic State. This time around, headlines on local TV stations focused on Turkey’s invasion of Afrin and the mobilization of citizens and soldiers alike to defend it. Streets in the town of Qamishli, in Syria’s far northeast, filled one day with those protesting the invasion. Another day, buses filled with civilians of all ages could be seen heading toward Afrin in a show of support for the Kurdish People’s Protection Unit forces battling back the Turkish advance. It was the opening topic of an overwhelming number of my interviews. 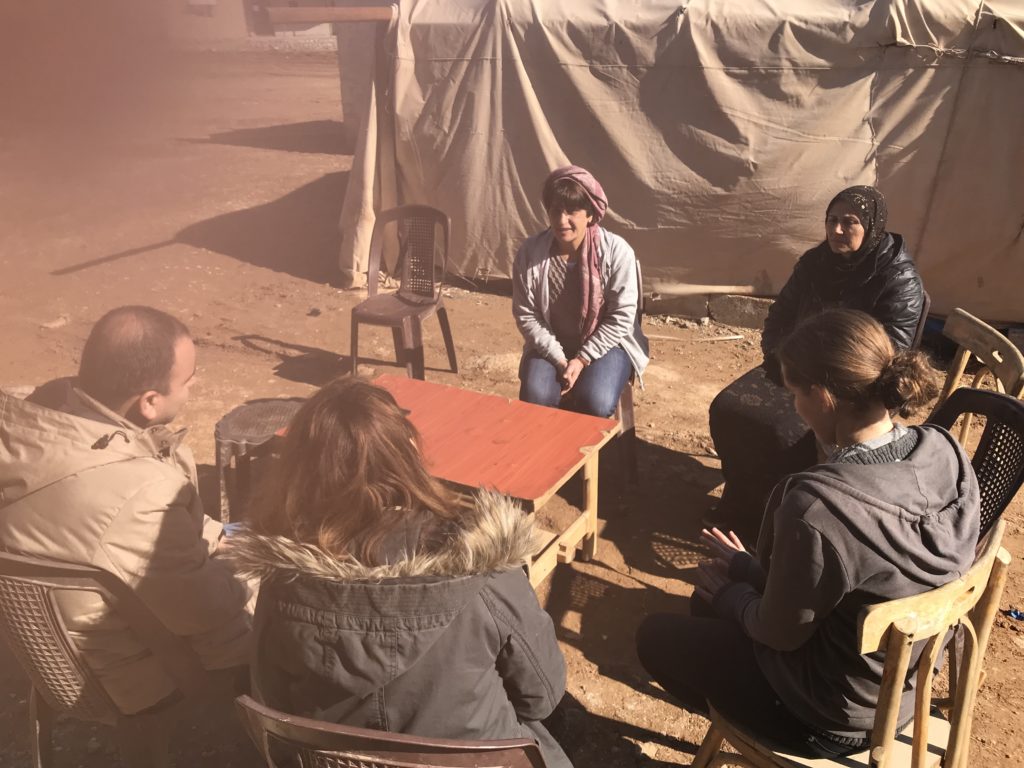 Women’s equality is at the forefront.

As I chronicled here, northern Syria is now home to the world’s most radical experiment in women’s equality, in an unlikely place. Drive down the street, get stopped at a checkpoint, walk into military headquarters, visit a memorial built for those killed fighting ISIS, enter a local government office and the thing that strikes you is just how many women you see. And how nearly everyone else around you has come to see it as their entirely unremarkable new normal.

More of the world is here.

Last summer the international community had yet to really enter the environs in a significant way. This time around, NGOs can be found in the camps for the displaced and seen on the streets and in local hostels. Crossing the border this time around, aid workers, not journalists, accounted for just about all of those entering the area. I met a staff worker for an NGO charged with clearing mines from the cities of Raqqa, Deir Ezzor and beyond. He said that Syria after ISIS is the “worst he has ever seen” in terms of the scale of the mines left behind.

But what comes next?

Last summer, all anyone talked about with us was the campaign to rout ISIS. The hell of life under ISIS. Their use of human shields. The fear of coalition air strikes. And the desire to be rid of the Islamic State’s fighters.

Now, the question is, “And then what?” How long will the U.S. stay? Will America protect the SDF and the Kurdish forces who account for its majority, alongside whom they fought to beat back the Islamic State? Will the world ante up to rebuild the leveled city of Raqqa? And will ISIS reshape and reemerge to become an insurgency, busting up the uneasy sort-of peace which has held since this past fall? Is the U.S. playing solitaire while Russia plays three-dimensional chess? How far will Iran go in testing the Americans? Russia? I was asked nearly all of these questions by Syrians wondering what comes next for them — and their families.

Left: A photo of a soldier appears in a cemetery for those killed in the fight against the Islamic State in Kobani, Syria. Photo by Gayle Tzemach Lemmon