At least six people have died following one of the strongest storms ever to strike the Southern Hemisphere, as residents of Fiji begin the recovery process from Cyclone Winston, which tore through the region this weekend with winds that reached as high as 202 mph.

With many of the island-nation’s 900,000 people without regular power Sunday following the Category-5 storm, Fiji Prime Minister Frank Bainimarama declared a 30-day state of emergency and extended a national curfew through Monday.

Crews began to clear roads blocked by downed trees and debris and survey the damage the powerful cyclone caused to hundreds of homes.

With much of the recovery effort focused on urban areas in Fiji, emergency workers said they would begin shifting their attention to more rural regions, some reportedly annihilated by the storm, across the 300 islands making up the archipelago. 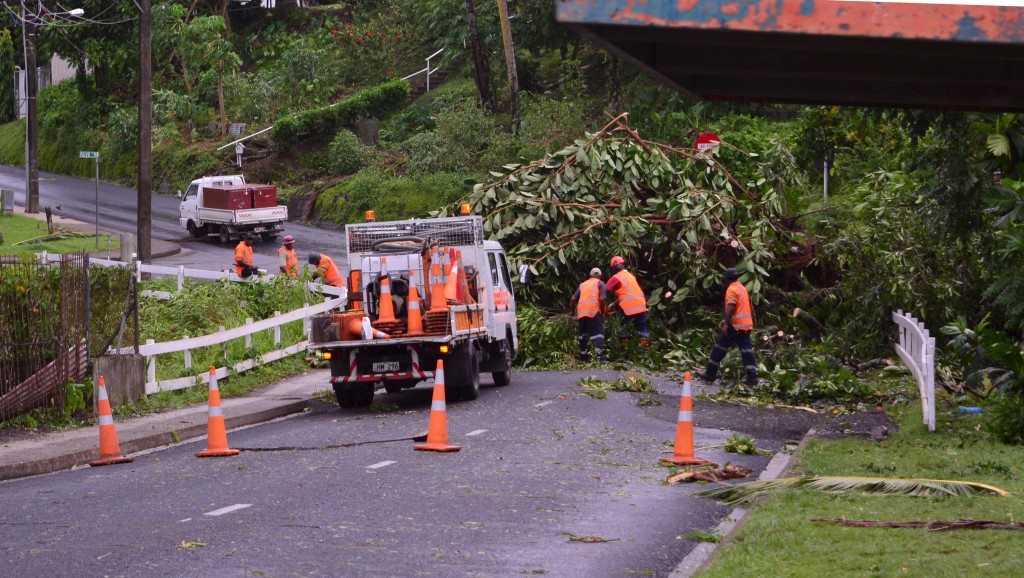 Aid groups said the combination of factors may lead to food and water shortages in the coming days.

Raijeli Nicole, a regional director for the humanitarian group Oxfam, said she witnessed flooding and “terrifying winds” from her home in the Fijian capital of Suva, which was largely spared the brunt of the cyclone as it veered to the northwest.

“It’s very unnerving sitting in your house and hearing trees fall and crash all around you,” Nicole said, in a statement released on the group’s website. “Many people outside the main urban centers live in simple structures, so there are fears the damage is likely to be significant right across Fiji. I’m in a stronger house, but we’re deeply concerned about the many others in traditional housing.”

The International Federation of Red Cross and Red Crescent Societies (IFRC) reported thousands of homes were damaged across Fiji from Cyclone Winston, with more than 1,000 residents now sheltered in 35 evacuation centers on the island of Vanua Levu and hundreds more seeking refuge elsewhere across the island chain.

“People will need emergency shelter materials such as tarpaulins to repair their homes and they will most likely need relief items such as plastic jerry cans to collect water as well as other household supplies they may have lost in the storm,” said Ahmad Sami, a spokesperson for the IFRC, in a statement.

Left: Fijian men clear a road of a fallen tree in Fiji's capital Suva after Cyclone Winston swept across Viti Levu Island, February 21, 2016. Fijian officials were assessing the damage on Sunday after one of the most powerful storms recorded in the southern hemisphere tore through the archipelago, with early reports of widespread disruption and at least six people confirmed dead. Taniela Qalilawa/Reuters