Despite several court orders to close down, more than 150 tanneries in Dhaka, Bangladesh’s Hazaribagh district continue to operate while dumping 21,000 cubic feet of untreated wastewater daily into one of the world’s most crowded cities.

A PBS NewsHour and Pulitzer Center on Crisis Reporting team of Justin Kenny and Larry C. Price visited six tanneries in Hazaribagh, where they found workers, some underage, without shoes and with little to no protective gear. 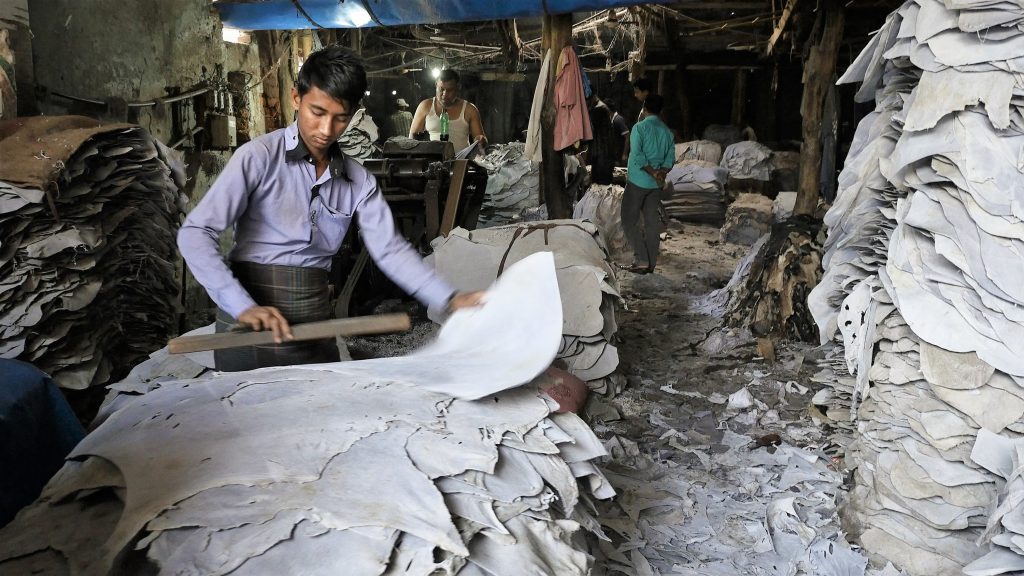 Workers process hides at a tannery in Dhaka’s Hazaribagh district. Leather in Bangladesh has grown to a $1 billion per year industry. Screen shot by Justin Kenny 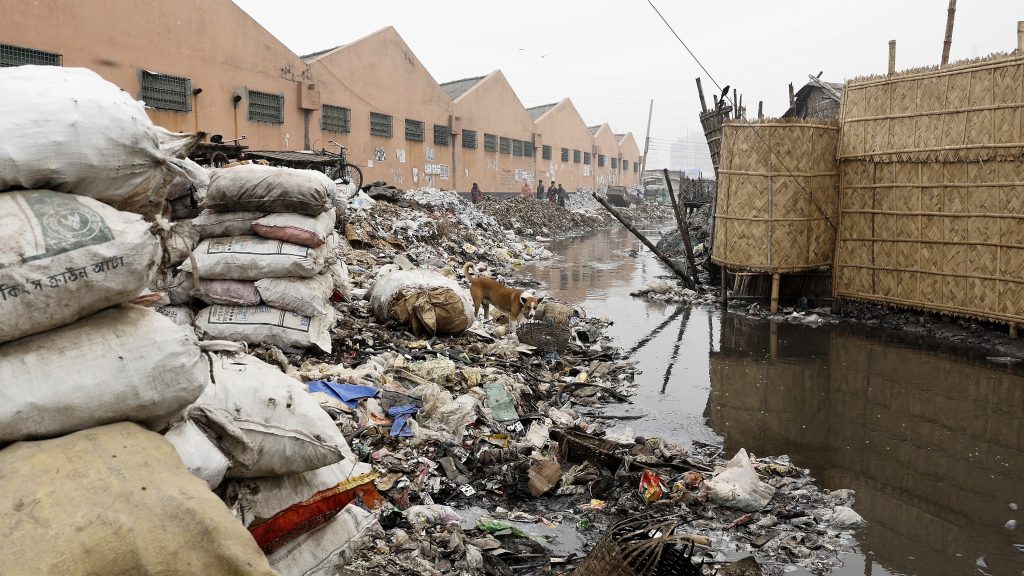 A creek outside a Dhaka tannery has banks covered in garbage and rotting animal hides. Screen shot by Justin Kenny 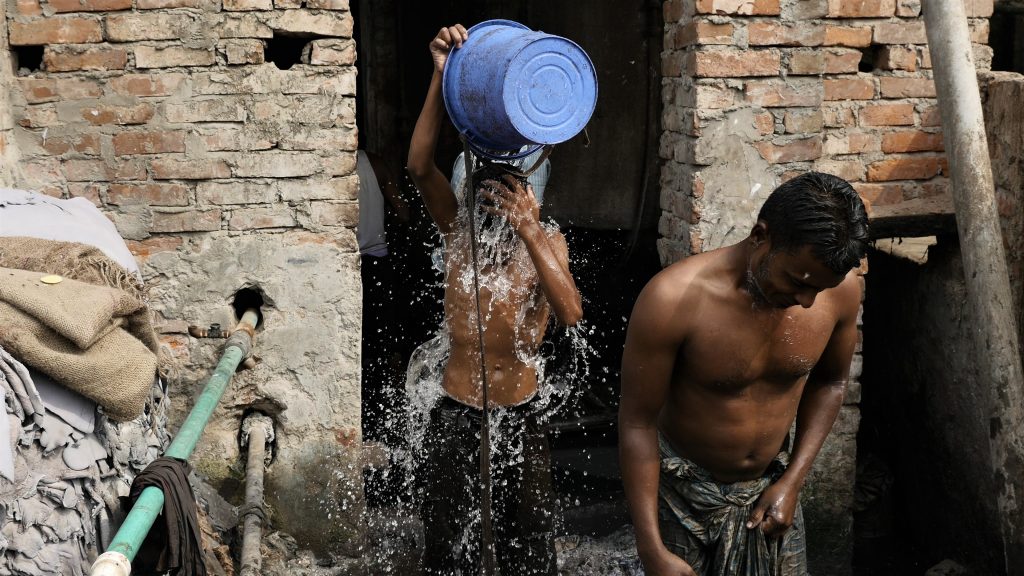 Workers rinse off after their jobs at a tannery. Screen shot by Justin Kenny 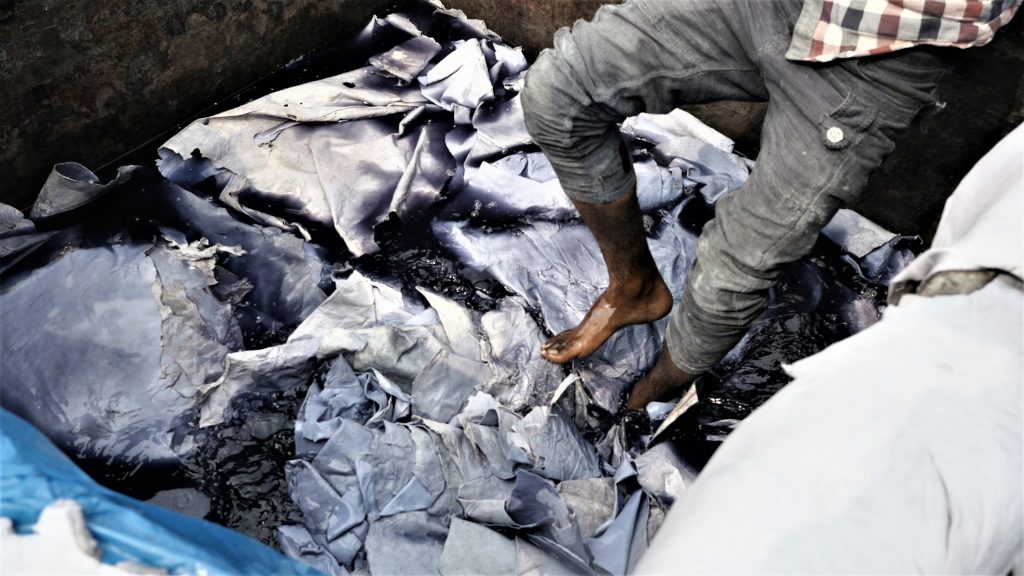 You can watch PBS NewsHour’s full report on Bangladesh’s tannery industry Wednesday on the NewsHour.

Left: A 10-year-old boy pulls a hide from pressing machine at a tannery in Dhaka, the capital of Bangladesh. Screen shot by Justin Kenny