Traffic, considered a main source of air pollution in Beijing, was cut by 14.3 percent during the morning rush hour on Nov. 3, according to a report by the Beijing Traffic Management Bureau. The restrictions, including limiting the number of cars on the road by instituting an even-odd license plate policy, will be in effect until Nov. 12, when the summit ends.

Another effort to lessen traffic was to give six days of vacation to government employees. The unusual clearness over Beijing during the summit even got a name, “APEC Blue”.

Residents took to Weibo, the Chinese version of Twitter, to record and share moments of the rarely-seen blue sky in Beijing. While some accused the Chinese government of reducing pollution only for officials and business executives from foreign countries, rather than Beijing’s people, others had a more humorous take. 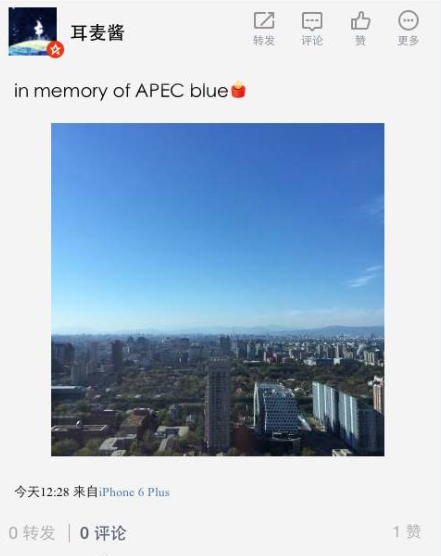 “Originally APEC means Air Pollution Eventually Controlled,” wrote the user below in Chinese and English at the beginning of her post. “I got it.” 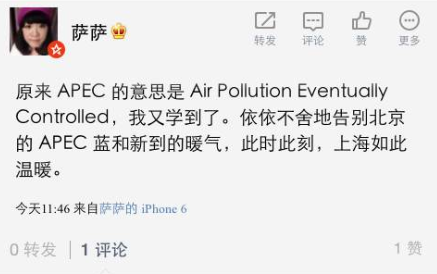