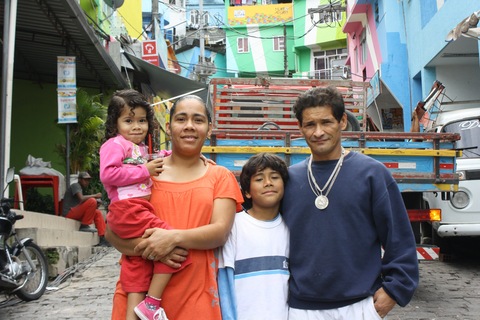 Brazil’s plummeting birth rate would seem like a triumph for the country’s women’s movement, which has long fought for information about, and access to, contraception. Today, in what remains the world’s largest Roman Catholic country, 80 percent of women of childbearing age are on some form of artificial contraception, long forbidden by the Church. The total fertility rate, which was six children per woman in 1960, is now 1.9. The rate is 2.05 in the United States.

Declining Sunday church attendance may also suggest a waning influence of the Catholic Church, as does the defection by growing numbers of Brazilians, mostly lower down the socio-economic ladder, to newer evangelical Protestant churches.

However, the Catholic Church still maintains some political clout: it has succeeded in keeping abortion illegal in this fast-modernizing nation. The only exceptions are in cases of rape or where the pregnancy endangers the woman’s life.

The Church’s position on abortion made international headlines when the bishop of the northeastern city of Recife excommunicated a medical team for performing an abortion on a 9-year-old girl who was impregnated by her stepfather. The girl’s mother also was excommunicated for supporting the abortion, even though it clearly was legal under both exceptions.

A larger committee of bishops overruled the decision after the controversy had raged for weeks, admitting that the Church’s actions lacked sensitivity. Nonetheless, a large majority in Brazil’s congress remains firmly opposed to abortion and, if anything, has moved to make the law more restrictive. And there is little public groundswell against the abortion laws.

Despite the laws, however, an estimated 1 million pregnancies are terminated illegally every year across the country. About a fifth of these cases wind up with complications that require treatment in public hospitals.

The attitude toward women’s reproductive rights is an example of the contradictions in a country that still embraces many of its religious traditions and mores but dispenses with dogmas that for many no longer fit into a modern, busy lifestyle.

Maria Correa De Oliveira, 45, a Rio de Janeiro psychoanalyst who is profiled in our upcoming broadcast story, worries about that contradiction in her daily life and its broader social implications. Unlike the home she grew up in (with five other siblings) she, her husband Paolo and their two children do not regularly attend church. Yet she frets the disappearance of a “Catholic culture” of compassion and neighborliness that she recalls as a child.

Without question one of those new places is television, notably the wildly popular novellas or soap operas: they are a key influence in shaping what a generation of Brazilians grew up believing is an ideal lifestyle. Veteran women’s right advocate Jacqueline Petanguy said they cut a glamorous, urban profile and, most critically from the standpoint of population, she said they are associated with couples with two or three children.

“And this is very important in terms of a symbolic messaging,” she said.

Among large populous countries, only China has “beaten” Brazil in pursuit of a lower birth rate, but under a much harsher one-child policy. Among major countries, many demographers say Brazil may come closest to achieving the ideal population balance, although right now it is just below replacement rate.

Editor’s Note: Maria Correa De Oliveira’s name was spelled incorrectly in a previous version of this post. This version is updated.

Watch for Fred de Sam Lazaro’s report from Brazil on the NewsHour. View all of our World coverage and follow us on Twitter.