SAO PAULO — Newly installed President Jair Bolsonaro issued executive orders targeting Brazil’s indigenous groups, descendants of slaves and the LGBT community in the first hours of his administration, moving quickly after a campaign in which the far-right leader said he would radically overhaul many aspects of life in Latin America’s largest nation.

One of the orders issued late Tuesday, hours after his inauguration, likely will make it all but impossible for new lands to be identified and demarcated for indigenous communities. Areas set aside for “Quilombolas,” as descendants of former slaves are known, are also affected by the decision.

Another order removed the concerns of the LGBT community from consideration by the new human rights ministry.

One of the orders issued late Tuesday likely will make it all but impossible for new lands to be identified and demarcated for indigenous communities.

In a move favorable to his allies in agribusiness, which have criticized giving large swaths of lands to the indigenous, Bolsonaro transferred the responsibilities for delineating indigenous territories from the Justice Ministry to the Agriculture Ministry. The new agriculture minister, Tereza Cristina, is part of the agribusiness caucus in Brazil’s lower house and has opposed requests from native communities.

Bolsonaro, a former army captain and longtime congressman, said during his presidential campaign that he would stop making what he calls concessions to native Brazilians and quilombolas.

“Less than one million people live in those places isolated from the real Brazil,” Bolsonaro tweeted Wednesday. “They are explored and manipulated by nonprofits. Together we will integrate those citizens and give value to all Brazilians.”

The Justice Ministry previously handled demarcation of indigenous lands through the FUNAI agency, which also oversees other initiatives for indigenous communities such as health care, housing and language preservation. Bolsonaro’s order is raising uncertainties about FUNAI by shifting it to a new ministry for family, women and human rights that is headed by an ultraconservative evangelical pastor.

Observatorio do Clima, a network of 45 Brazilian civil society groups, said in a statement to The Associated Press that the executive orders “are only the first step on meeting Bolsonaro’s campaign promises of dismantling environmental governance, stripping indigenous peoples of their rights and opening up indigenous lands for business.”

“The attack on FUNAI goes beyond the wildest dreams of the rural caucus, who had tried for years to pass a constitutional amendment transferring the demarcation of indigenous lands from the president to Congress,” the nonprofit said. “Bolsonaro solved the problem by transferring them directly to farmers. Not even the military dictatorship, whose treatment of indigenous peoples was ghastly, went that far.”

FUNAI was created in 1967 during Brazil’s military dictatorship. The authoritarian rule, of which Bolsonaro is a fan, went from 1964 to 1985.

The far-right leader said last year that he also wants to annul land demarcation decisions made by previous administrations, but legal experts say recent Brazilian Supreme Court rulings could block such a move. 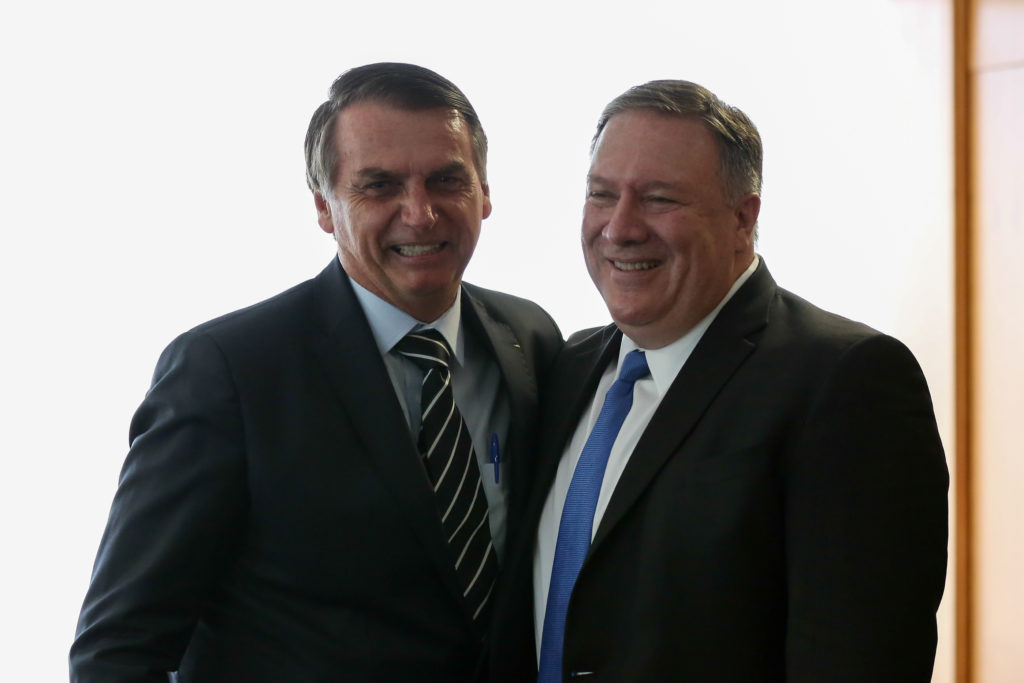 New Health Minister Luiz Henrique Mandetta, meanwhile, suggested on Wednesday that there will be spending cuts in health care for the indigenous.

“We have figures for the general public that are much below what is spent on health care for the indigenous,” he said, without providing details.

In removing LGBT concerns from the responsibilities of the human rights ministry, Bolsonaro did not name any agency to consider such things. He has strongly criticized what he calls “gender-based ideology,” saying it is a threat to Brazil’s Christian values.

Damares Alves, the new human rights minister, did not discuss the LGBT order in her first address on the job, but the evangelical pastor has insisted over the years that “the Brazilian family is being threatened” by diversity policies.

On Wednesday, she said: “The state is lay, but this minister is terribly Christian.”

“The human rights ministry discussed our concerns at a body called secretariat of promotion and defense of human rights. That body just disappeared, just like that. We don’t see any signs there will be any other government infrastructure to handle LGBT issues,” she said.

The newspaper Folha de S.Paulo reported that Bolsonaro will later announce the closing of an agency within the Education Ministry that has been aimed at promoting diversity in public schools and universities.

Also on Wednesday, the Brazilian Press Association criticized restrictions on journalists at Bolsonaro’s inauguration. Reporters had to arrive seven hours before the events began and were forbidden to move freely in Brazil’s Congress and presidential palace. Food was seized and access to bathrooms and water was limited.

The Brazilian Press Association criticized restrictions on journalists at the inauguration. Reporters had to arrive seven hours early and were forbidden to move freely.

“What was seen in different scenarios of Brasilia is incompatible with a democratic regime,” the association said in a statement. “Respect to the press is one of the main indicators of nations that consider themselves civilized.”

Pompeo told him that Trump is “very pleased with the relationship that our two countries are on the precipice of beginning to develop.”

“He’s also confident that it (the relationship between the U.S. and Brazil) will benefit the world and the set of shared values that we believe we can together advance,” Pompeo said before leaving Brasilia for Colombia.

Left: Indigenous people from various tribes dance as they wait to deliver a letter to Brazil's President-elect Jair Bolsonaro at a transitional government building in Brasilia, Brazil, on Dec. 6, 2018. File photo by REUTERS/Adriano Machado