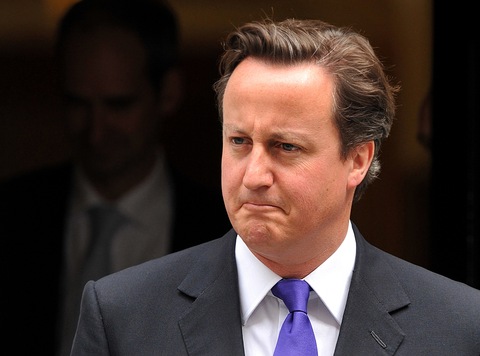 In one of their most famous clashes during World War II, Winston Churchill told Charles de Gaulle, “Each time [Britain] must choose between Europe and the open sea, we shall always choose the open sea.” For the French president and his successors, it was a comment that revealed where Britain’s heart and interests really lay.

On Thursday night, British Prime Minister David Cameron seemed to assume a Churchillian mantle as he delivered a resounding no to the European Union accord aimed at salvaging the embattled common currency, the Euro. Britain and three other EU members — Sweden, Hungary and the Czech Republic — said they would not take part in a new treaty agreed to by the other 23 leaders at a Brussels summit. The pact would bind the nations into a tighter and more disciplined fiscal union, requiring member countries to submit their budgets for approval by the EU Commission.

Cameron based his refusal on the concern that Britain — and especially the City of London — could be made subject to European-wide financial regulations. The break is the most significant since Britain joined the EU in the early 1970s and raised questions across Europe about how effectively it could participate in the EU. Britain refused to join the Euro currency 20 years ago, and Cameron reiterated Thursday night that it never would.

Whether the summit package will satisfy financial markets on the future of the Euro, which is used by 17 nations, is still to be determined. It includes provisions for more money to an International Monetary Fund kitty that could help Spain and Italy along with some bolstering of internal EU rescue funds.

But there was no specific mention of whether the officially independent European Central Bank would intervene more vigorously in helping the most debt-strapped Euro nations. The head of the bank praised the summit accord without committing the ECB to further action.