The U.K. voted to leave the European Union in a result that, like the US presidential election, divided the nation smack down the middle. That’s if we can call our now even lonelier little cold rock in the North Atlantic an empire nation—some quite obviously still think so.

Just hours after the referendum result, the value of the British pound dropped to an all time low. In fact, in the space of a few traumatic hours the UK economy went from the fifth largest in the world to the sixth.

Prime Minister David Cameron resigned and Scotland instantly jumped at this bright shining golden opportunity to implement yet another new independence referendum of their own.

Voting results showed that the older generations were the biggest supporters of the leave campaign. On the morning of the referendum result, a young writer named Steve Hogarty for City A.M. Twittered: “I know it’s not very ‘politically correct’ to say it out loud but in the wasteland of ruined Britain I am going to hunt and eat old people.”

The most alarming and astonishingly implausible reason I heard for leaving the European Union was “so that (Brits) could get our nice blue passports back.” To clarify our present ones are red!

Two weeks ago, I took my own little litmus test. I interviewed some of the good residents and tourists in Washington, D.C. on their thoughts and hopes for the new administration. I also asked them in a portrait photograph to give me a gesture that summed up their feelings towards the administration. I bring you the same from London. 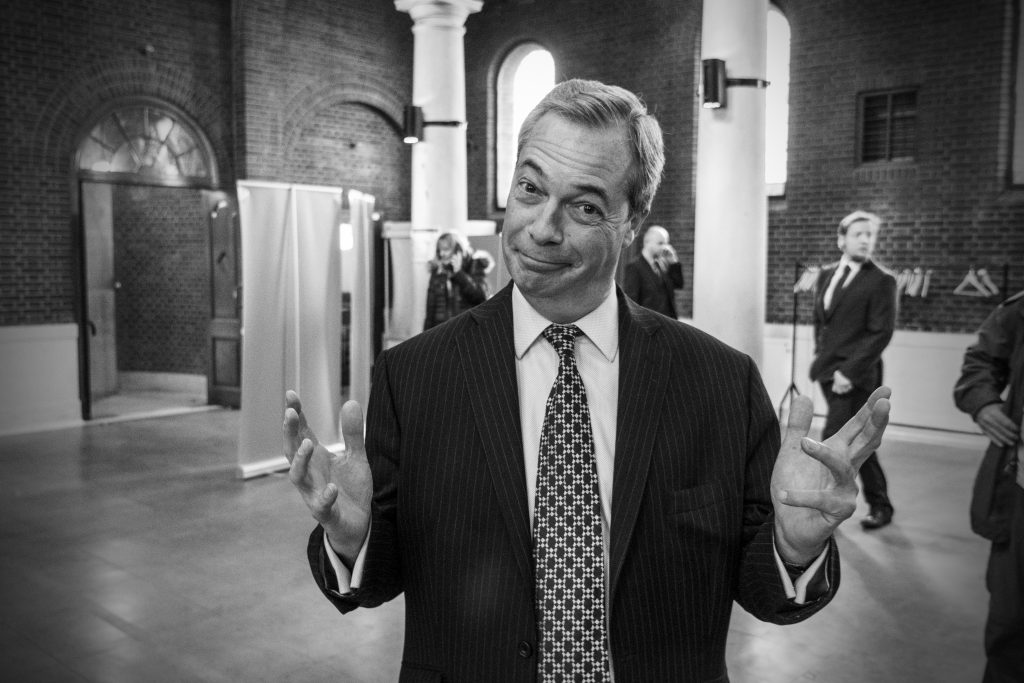 Nigel Paul Farage – British politician, broadcaster and political analyst who was the leader of the UK Independence Party from 2006 to 2009 and again from 2010 to 2016.

Farage is a champion of Brexit and Donald Trumps new English best mate.

“We will leave the E.U., there is no doubt of that. We will be successful. The British people must take back what is rightfully ours. This is Teresa May’s biggest test. In fact this is THE acid test. England needs to wake up and smell the coffee.” 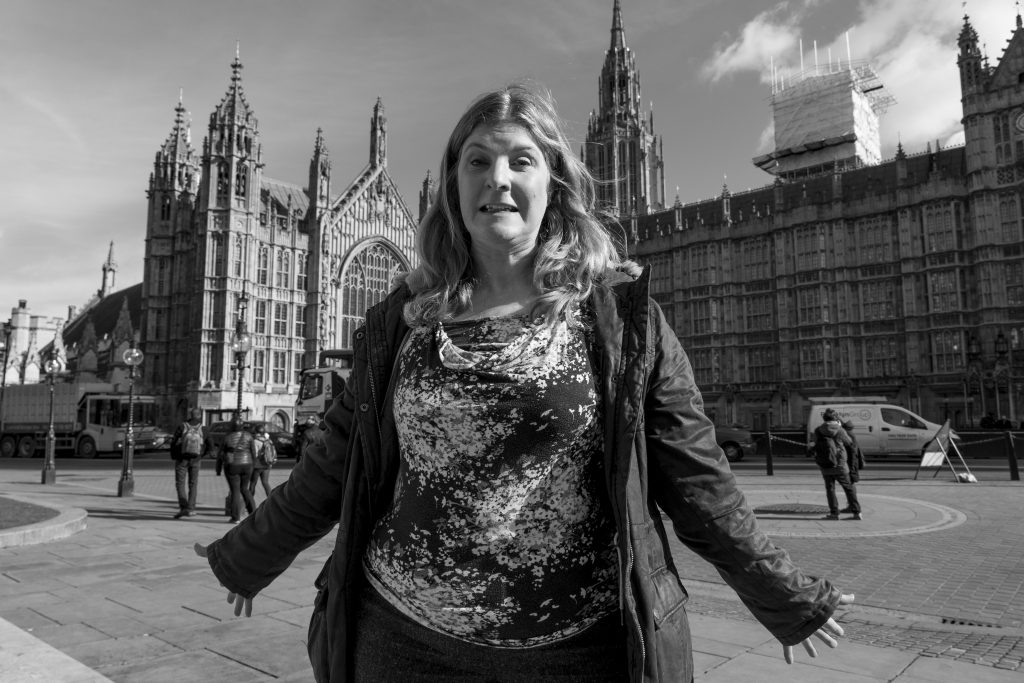 Elaine Skates – From Rugby in the North of England, Chief Executive of a National NGO and mother of two small children. Elaine is photographed outside the British houses of Parliament, London.

“I think Brexit is absolutely absurd for this country. There are no benefits at all for this country. Already NGO’s are nervous and are not getting the funding because their donors are not sure what is going to happen next. Too many people voted on single issues. There was not enough information from both sides telling us what was going to happen either way. Already my weekly shopping bills have gone up by at least 10 pounds a week and we haven’t even left the E.U. yet. The markets, the wholesalers — no one knows what is going to happen next.” 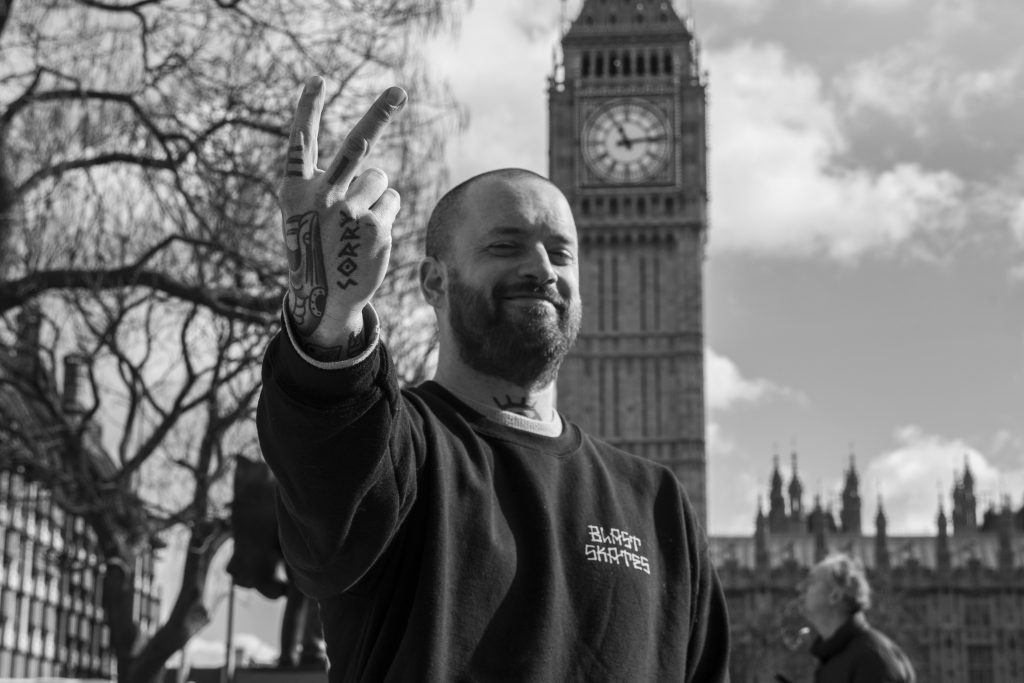 GESTURE: All the politicians can F*** OFF

“I feel great disappointment that we are destined to leave the E.U. All this seems to be very similar to Donald Trump’s terrible vision of the future. I just hope these terrible ideas do not come to fruition. What’s wrong with everybody? Why cant we all just be pro DNA — not defined by race, skin color, geography? And f*** religion. 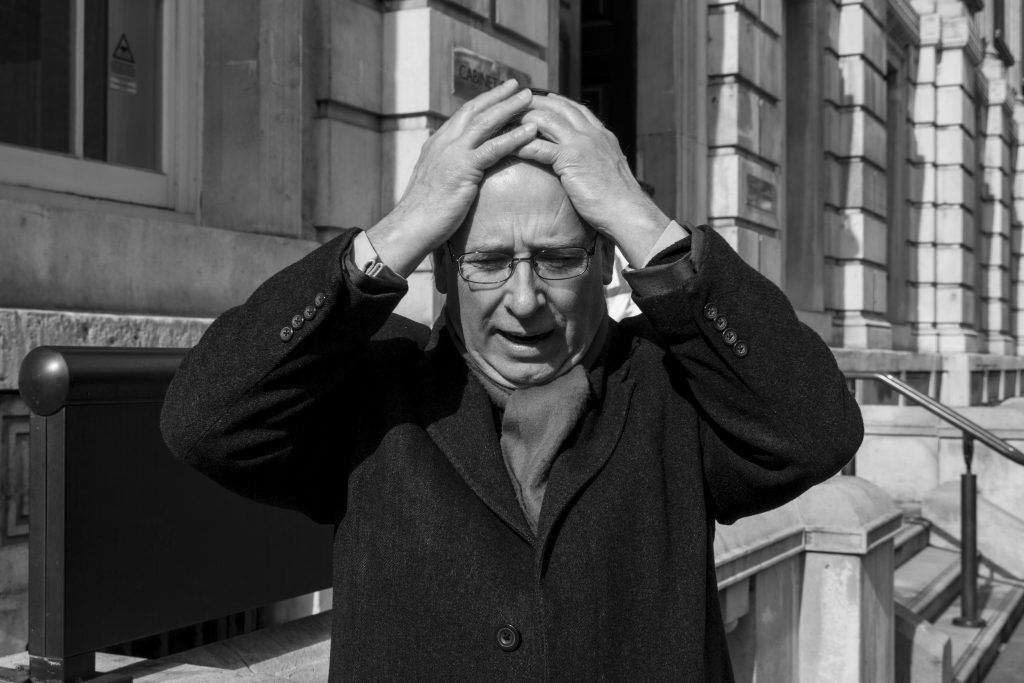 GESTURE: My head just wants to explode with too much information!

“Brexit has transformed British politics completely. It has dominated television news. Like the presidency of Donald Trump, Brexit has shown that both governments have been out of touch with the vast populace of both countries. Both Washington and London have lived in a vacuum. As a political journalist and commentator, it is of course very exciting, but an incredibly complicated story. At times, with so much information, my head just wants to explode. Goodness knows where it will all end.” 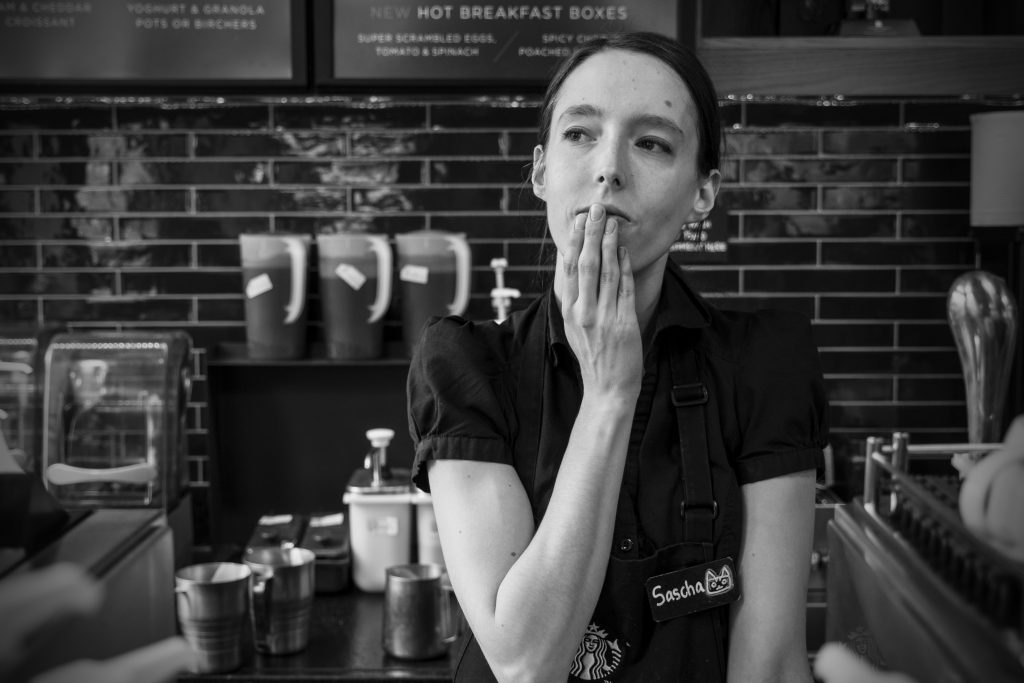 GESTURE: Not sure what to make of it all

“Just about all my friends working in Starbucks are immigrants and are very worried about their status here in the U.K. Naturally, as a Canadian, I have a more liberal view on immigration, as does my government. I think here in the U.K. and in the United States people were not given enough information about what they were voting for. I am really worried about all my friends.” 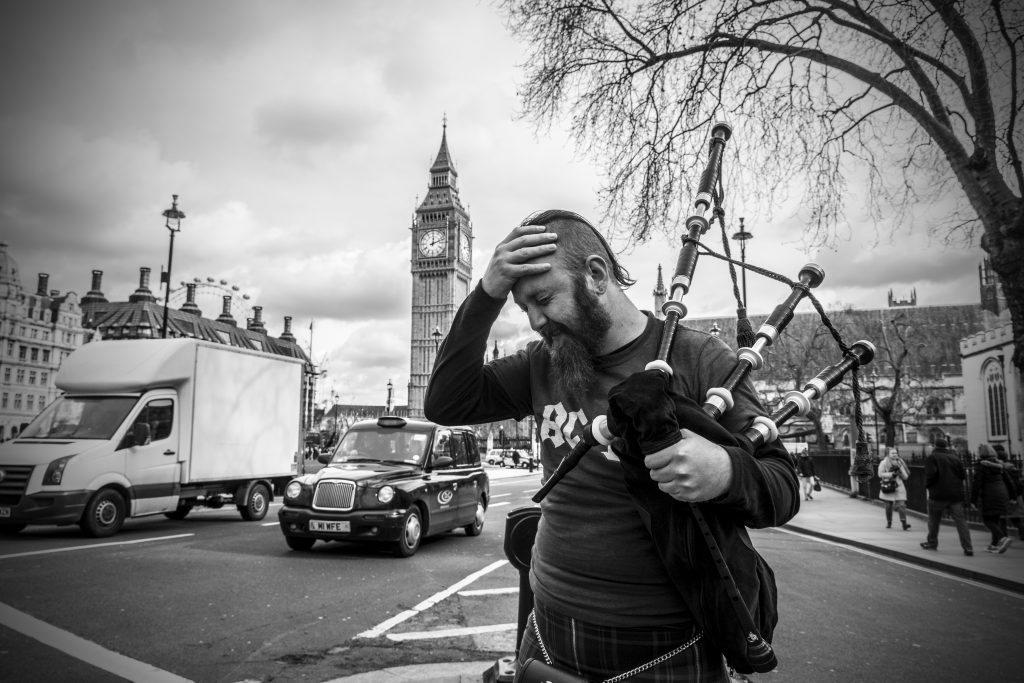 Alex McGrotty, – 32 years old, from Glasgow, Scotland. Currently busking outside the Houses of Parliament in London

GESTURE: Oh no! What have they done?

“I don’t agree with Brexit. It’s really stupid and my views are so strong I am sure you couldn’t publish them. But I will say that since we have been as one in Europe, there have been no European wars. I believe that being in the EU has kept wars at bay.” 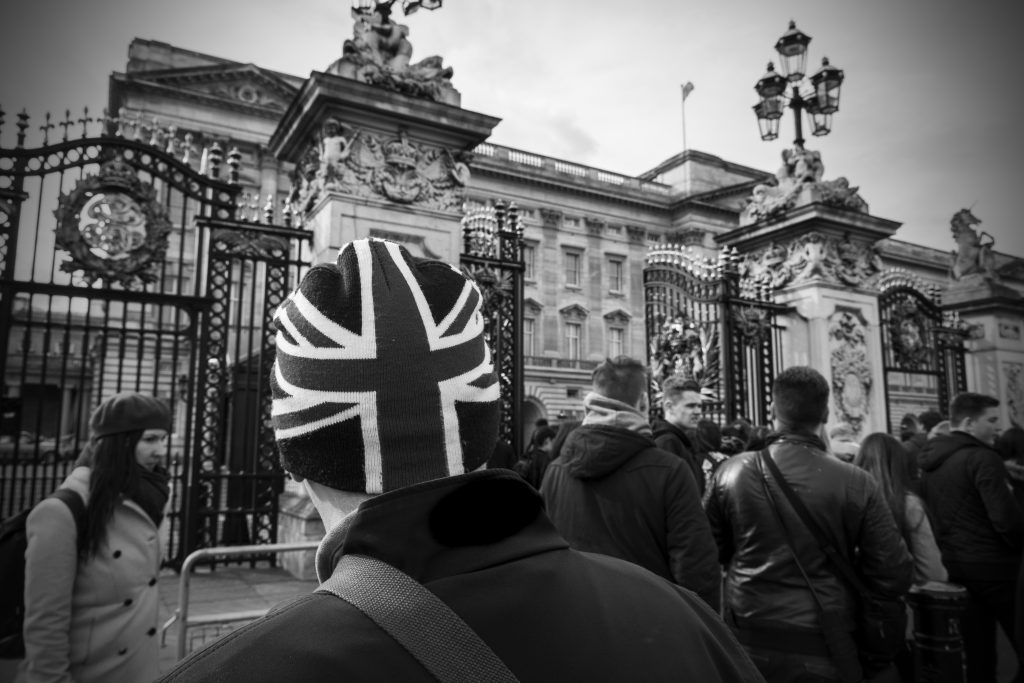 A rather unpleasant chap outside Buckingham Palace

Question: “Excuse me sir can I ask you about Brexit and how you fee…”

Above: Nigel Farage — One of the architects behind Brexit.