Can workers save Nepal’s sacred sites before the monsoons hit?

Alongside the relief operation in earthquake-ravaged Kathmandu is another smaller, but nonetheless important effort: protecting Nepal’s most precious temples and monuments from further damage.

There, a small army of volunteers race to piece together what the earthquake tore apart. They likely only have until June — that’s when monsoon season starts.

Of particular concern now is looting.

Patan Durbar Square is a 17th century royal palace complex filled with temples and monuments, one of seven historic and cultural areas that make up the Kathmandu Valley, designated in 1979 as a UNESCO World Heritage site. Before the quake, the tiny mountainous country’s economy relied heavily on tourism rupees that these culturally significant sites generated, along with Mount Everest. 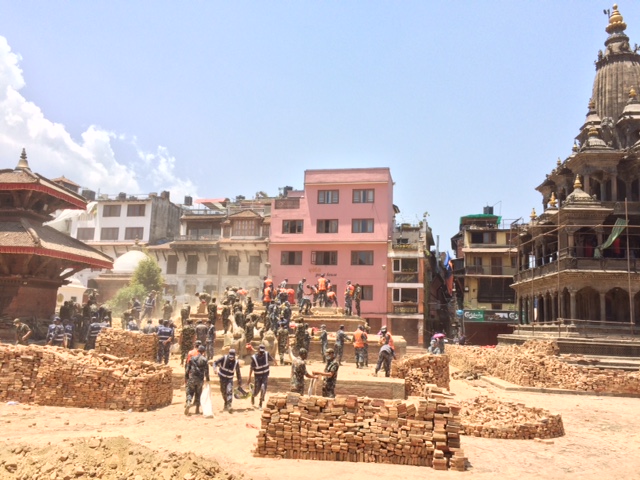 For Ranjitkar and many fellow Nepalis, these places are more than ancient relics. People go to these Buddhist and Hindu temples to pray, and each temple is revered as “the house of the god” who lives there, he said.

“This is our heritage,” Ranjitkar said. “This is living culture. All these temples, all these monuments are still used.”

Ranjitkar and his crew are among an estimated 800 volunteers in Nepal working to safeguard these sacred sites, said Aparna Tandon, project specialist with International Centre for the Study of the Preservation and Restoration of Cultural Property, who is overseeing efforts to recover the UNESCO World Heritage sites.

When she first saw images emerge from Nepal, Tandon said she was reminded of Aleppo, the ancient Syrian city and Heritage site that was blown to pieces by that nation’s civil war. Tandon trains volunteers to assess damage, take inventory and salvage and preserve items that survive an earthquake. 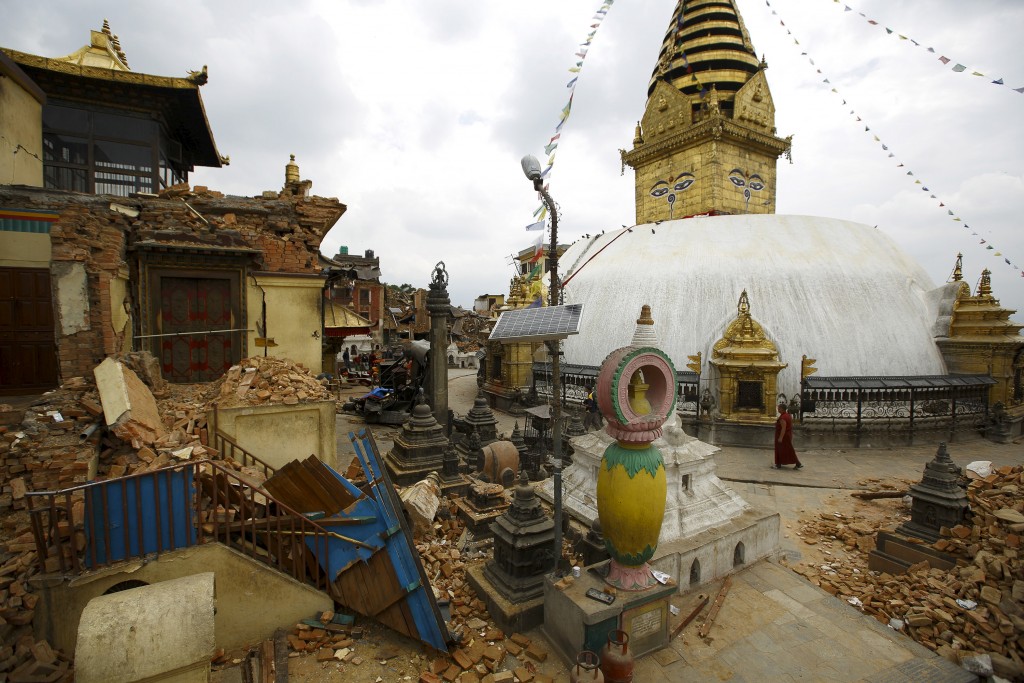 A monk walks past the collapsed monastery and shrines at Swayambhunath Stupa, a UNESCO world heritage site, days after a 7.8-magnitude earthquakes truck Kathmandu, Nepal. Also called the Monkey Temple, the complex is considered one of that country’s oldest religious sites and holds spiritual significance for both Buddhists and Hindus. Photo by Navesh Chitrakar/Reuters.

They rely on a crowdmapping tool that people use to submit photos, descriptions and locations of damaged sites. These sites are then verified and help guide work that needs to be done, Tandon said. This will help prioritize the areas most in need of assistance.

“The time is short and the scale is huge,” she said. “If it’s not complete by monsoon season, then we are looking at more time for recovery.”

According to preliminary assessments, the earthquake left “very significant impact” on much of the UNESCO sites within the Kathmandu Valley, said Kishore Rao, director of the UNESCO World Heritage Centre in Paris.

Crews like the one Ranjitkar has led, along with extensive documentation of the World Heritage sites across the Kathmandu Valley, offer some hope of authentic restoration of the damaged sites, Rao explained. 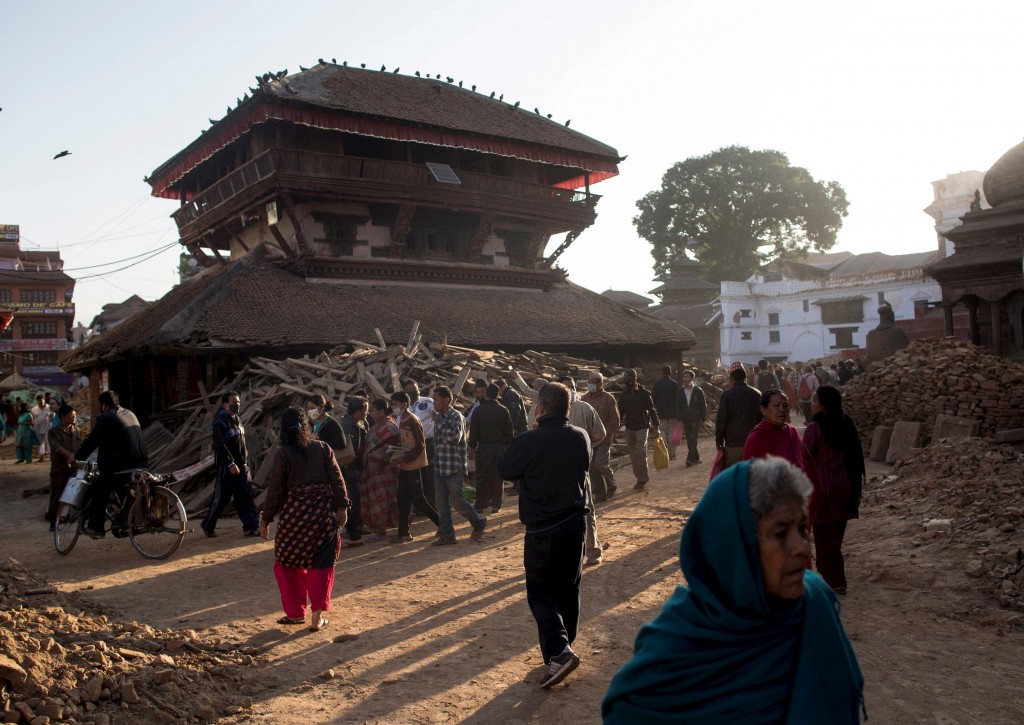 People walk through damaged Bashantapur Durbar Square, a UNESCO World Heritage Site, after an earthquake in Kathmandu, Nepal. The area is defined by old royal palace grounds and temples where people still worship despite the quake’s damagePhoto by Danish Siddiqui/Reuters.

With ongoing assessments to survey damage, it is still too early to know how much it will cost and how long it will take to revive the Kathmandu Valley, Rao said, but he remains optimistic.

“I would not say that as a result of this earthquake, the outstanding universal value of the site has been lost. No, it is not. It is not irretrievably lost,” Rao said. “The value is there, and it’s possible to recover it.”