Easter holiday celebrated from the Vatican to Nigeria

Millions of Christians marked Easter Sunday in various forms with both Catholic and Orthodox celebrations landing on the same day.

From the Vatican to Nigeria, Christians found ways to commemorate the end of the Holy Week, which celebrates the crucifixion and resurrection of Jesus. 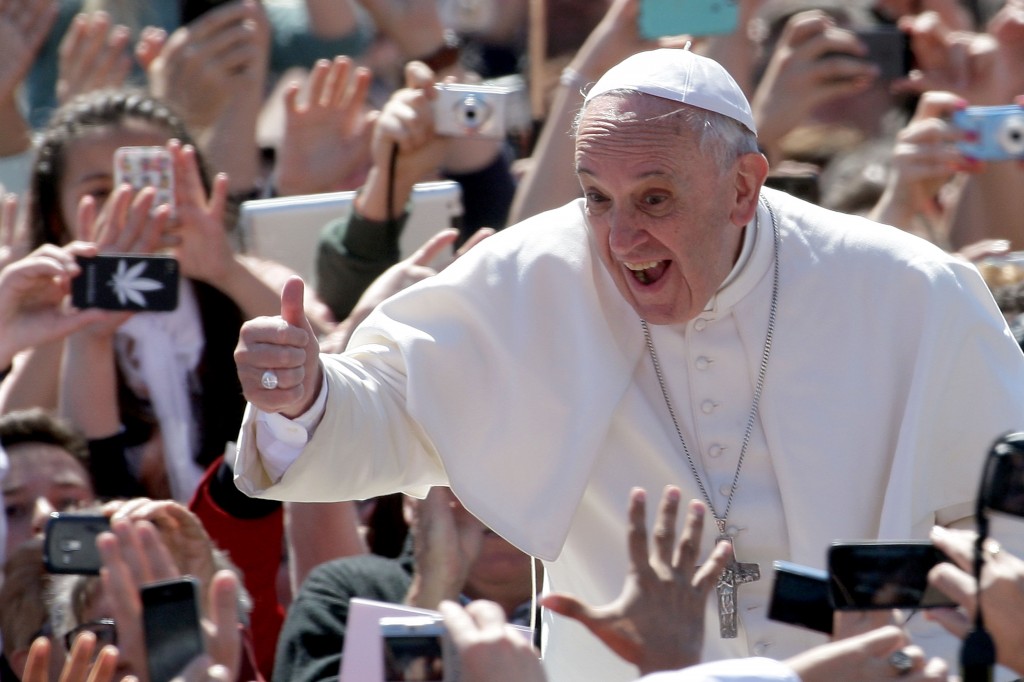 More than 150,000 attended Easter mass led by Pope Francis and held on the front steps of St. Peter’s Basilica at the Vatican on Sunday. Attendees filled St. Peter’s Square, waving flags from around the world

Pope Francis prayed for the end of terrorist attacks in Nigeria and for peace and dialogue in both Ukraine and Syria. The pontiff also called for people to pay attention to those in need close to home, he particularly railed against the “scourge of hunger.” 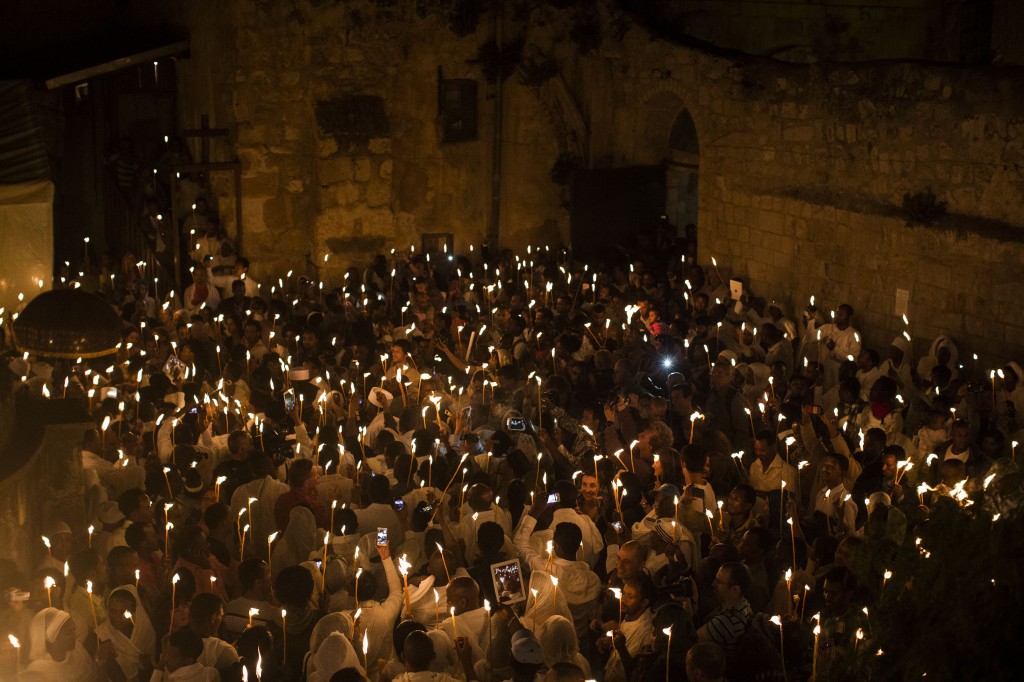 Members of the Ethiopian Orthodox church participate in the ceremony of the Holy Fire in Jerusalem. Credit: Ilia Yefimovich/Getty Images

Thousands of pilgrims gather in Jerusalem

On Saturday, Christians pilgrims gathered at the site where they believe Jesus was crucified, buried and resurrected for the ceremony of the Holy Fire in Jerusalem’s Old Town.

Thousands passed fire from one candle to another outside of the Church of the Holy Sepulcher. The candle procession was then taken to the Church of the Nativity in the West Bank town of Bethlehem, where Jesus was thought to have been born.

Easter celebrations were also held in Gaza where fewer than 3,000 Christians reside.

After a week of deadly attacks, Christians in Nigeria commemorated Easter Sunday by mourning the 75 people killed in Monday’s bus station bombing and the 85 school girls who were abducted on the same day.

Pope Francis prayed for the halt of “brutal terrorist attacks” in parts of the African country. Nigerian terrorist network Boko Haram has ramped up violent attacks, many of which target Christians in the country.

The village has been captured by rebels multiple times, but Assad’s government force retook control of Maaloula on Monday. Assad toured monasteries and churches in the town to evaluate damage from the recent fighting.

Syria’s Greek Orthodox Patriarch, John Yazigi, called for dialogue and reconciliation and asked for an end to intimidation and extremism. During his Vatican address, Pope Francis prayed that all sides in the country would move to “boldly negotiate the peace long awaited and long overdue.”

Even the spacemen on the International Space Station got some Easter cheer on Sunday.

A SpaceX cargo ship arrived at the space station to deliver food, spacewalking gear and experiments, as well as Easter care packages from the families of the six U.S. astronauts on board.