TOKYO — The future of a key North Korean nuclear facility is on the table as leader Kim Jong Un and President Donald Trump prepare to meet in Vietnam next week.

The Yongbyon Nuclear Scientific Research Center, the heart of the North’s nuclear development and research, is Kim’s biggest carrot as he tries to win security guarantees and free his country from the U.S.-backed trade sanctions that are hobbling its economy.

The North Korean leader has suggested he’s ready to talk about closing the facility, capping the amount of fissile material it produces or possibly allowing international inspections. Trump, meanwhile, says he is going into the summit in no hurry to push the North to denuclearize, as long as Kim isn’t conducting nuclear or missile tests.

But time may be of the essence.

As talks drag on, North Korea is believed to have produced enough weapons-grade nuclear fuel to make an estimated half a dozen or so more bombs in 2018 alone.

Here’s the latest on what’s going on at Yongbyon and why it’s so important:

The North has taken steps to disable or dismantle some nuclear and missile facilities since the first Trump-Kim summit last June in Singapore but it has also been hedging its bets.

Using open-source satellite imagery of the Yongbyon complex, a team of experts led by Siegfried Hecker, a former director of the Los Alamos National Laboratory who has visited the Yongbyon facility several times, estimate the North made enough weapons-grade material to boost its stockpile from an estimated 30 nuclear weapons at the end of 2017 to 35-37 by the end of last year.

“North Korea unsurprisingly continued to operate and, in some cases, expand the nuclear weapons complex infrastructure,” they wrote in a report published this month by the Stanford Center for International Security and Cooperation. 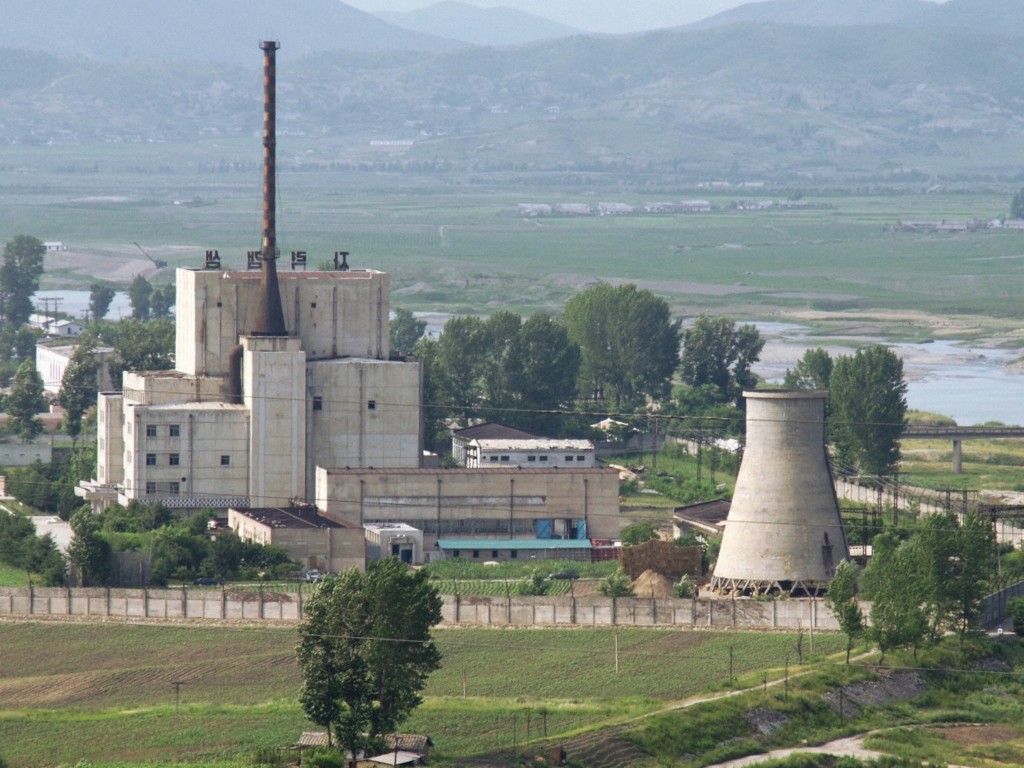 A North Korean nuclear plant in Yongbyon is pictured in 2008 before a cooling tower on the right was demolished. Photo by Kyodo via Reuters

The authors note that Kim isn’t violating any agreements with Trump or shocking any military strategists by building up the North’s stockpile — that’s to be expected in an arms negotiation process. But the stepped up activity underscores how important it is for Washington to push for a deal on Yongbyon.

He said last month Kim has committed himself to the dismantlement and destruction of “the totality of North Korea’s plutonium reprocessing and uranium enrichment programs.”

But he said Kim’s offer is contingent upon the United States taking as-yet unspecified corresponding measures.

Kim agreed in talks with South Korean President Moon Jae-in last September to consider closing a 5-megawatt reactor at Yongbyon. In his New Year’s address he hinted that he is willing to accept a moratorium or cap on nuclear fuel production.

The Yongbyon reactor produces all of the North’s plutonium. Highly enriched uranium and tritium, which is a crucial “booster” fuel for nuclear weapons, are also produced at the Yongbyon complex.

Christopher Lawrence, a physicist and nuclear security scholar at Harvard University, points out that while the North could still produce enough highly enriched uranium at other sites, the Yongbyon closure would severely restrict its supply of fissile materials and reduce its ability to cheat in the future. Unlike enriching uranium, making enough plutonium and tritium for its weapons program would likely require a large and hard-to-hide reactor.

“An interim deal to verifiably dismantle Yongbyon would be a strong sign that North Korea is serious about rolling back its nuclear program,” he said in an email to AP. He said closing the reactor would not only stop production of plutonium but also eliminate the North’s ability to produce the tritium it needs to make nuclear warheads small enough to fit its long-range missiles.

Other experts argue the reactor at Yongbyon, which began producing plutonium in 1986, is not as important as it once was. The North is suspected of having uranium-enrichment facilities in other locations, including one in the port city of Nampo, a short drive west of the capital, and skeptics claim Yongbyon has aged to the point that its closure would not be a major concession. The reactor is based on a 1950s British design. 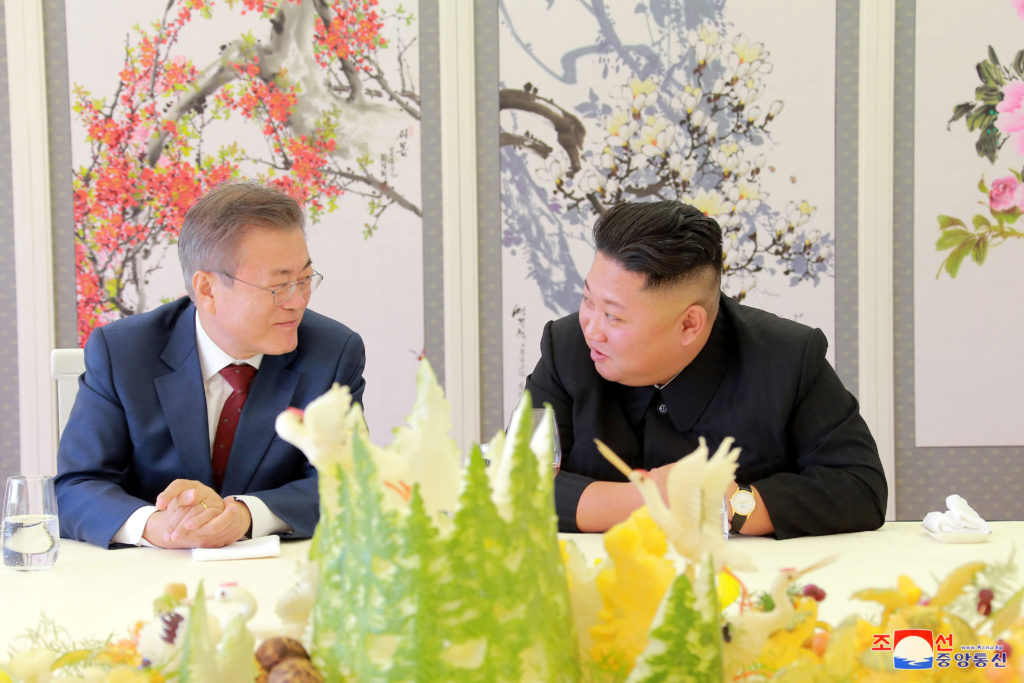 They also point out that Washington and Pyongyang have been down this road before.

The North agreed to shut down the reactor in 1994, but restarted it in 2003. It shut the reactor down again in 2007 during a series of nuclear talks conducted under the direction of Kim’s late father, Kim Jong Il. In a made-for-TV moment seen around the world, the North blew up its cooling tower the following year.

But that negotiation eventually fell through also.

In 2013, less than two years after assuming power, Kim Jong Un ordered a new cooling system be built so the reactor could be restarted.

It’s been running ever since.

What to watch for

Nestled in a rugged, mountainous area about 100 kilometers (60 miles) north of Pyongyang, Yongbyon is a big facility.

Even if the talks go smoothly, there’s an awful lot of details to nail down.

It’s not entirely clear if Kim is thinking of closing all of it, or just part, or how long that will take. It’s also not clear what parts of it might be opened to inspectors, or for how long. Or, for that matter, who those inspectors might be.

It’s not entirely clear if Kim is thinking of closing all of the Yongbyon facility or just part of it.

When Kim decided to close the North’s underground nuclear testing facility in Punggye-ri, he allowed only foreign media in to watch. They got quite the display of explosions and billowing clouds of smoke, similar to the demolition of the Yongbyon cooling tower years before.

But experts expressed frustration from afar that they were unable to conduct soil tests that could have given them important clues to the history of the site and the level of the North’s nuclear technology. The blasts were also shallow enough to leave doubts over whether the North would simply dig new tunnels later. And, like Yongbyon, some critics said the site had been used so many times already that its tunnels were already structurally unsound.

The lesson: Real progress must come at a real cost.

As the North demonstrated when it restarted Yongbyon in 2013, simply deactivating a reactor isn’t necessarily enough. Trump’s negotiators have justifiably stressed the importance of “irreversible” moves by Pyongyang this time around.

Who holds the power in potential U.S.-China trade war?