Column: How I told Sirhan Sirhan’s father that his son killed Bobby Kennedy

Fifty years ago this week, it fell to me to tell Sirhan B. Sirhan Sr. that his son had been identified as the assassin who had killed Robert F. Kennedy the day before in Los Angeles. It was a bizarre encounter in which, by meeting the father, I learned a bit about the troubled life and tortured mind of the son.

It was June 6, 1968, the day Kennedy passed away after lingering for hours after the shooting. I was not in Los Angeles. I was thousands of miles away in Israel, where I was a correspondent for The New York Times. I was stunned by the news about Kennedy, whom I had known and covered when he ran for the Senate in New York.

I was attending a cocktail reception at the home of the U.S. Ambassador to Israel that afternoon when Ambassador Walworth Barbour took me into his study, closed the door and told me that he had just learned that the assassin, Sirhan Sirhan Jr., had been born and raised in Jerusalem and that his father still lived in a West Bank village just outside Ramallah.

“If he did this dirty thing, then he should hang,” he said. “Kennedy could have been president, a great president…”

I thanked the ambassador, left the reception and raced to Jerusalem. With a translator and the Israeli military escort that was required to travel in the West Bank after dark in those post-war days, I arrived at the Sirhan house at about 10 p.m. and rapped loudly on the door. After a minute, a light came on and Sirhan Sr. appeared, pulling a pair of pants over his pajamas.

I identified myself and though I am sure he was confused about being woken up this way, he invited me in and insisted, in the tradition of Arab hospitality, on making coffee. Sitting at his kitchen table, I asked Sirhan if he had heard the news about Kennedy. He said he had and thought it terrible. I asked if he had heard the name of the assassin. No, he said, he had gone to bed before that news. 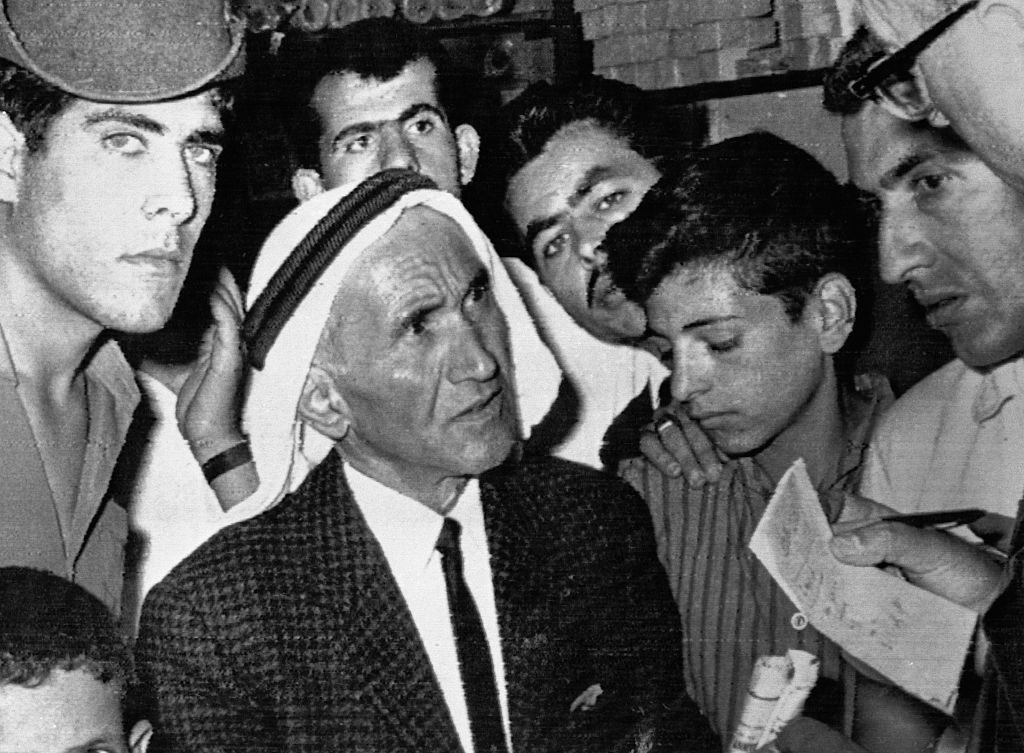 Bishara Sirhan, 52, father of Sirhan Bishara Sirhan, charged with the shooting of Robert F. Kennedy, talks to reporters outside his home. Photo by Bettman/ Getty Images

Taking a deep breath, I asked Sirhan if he had sons. Yes, he said proudly, five. I pushed my notebook across the table and asked him to write the names of his sons in order of their birth. He did, including the fourth of the five, Sirhan Bishara Sirhan Jr. I tapped my finger on that name and told him that was the name of the man who had been identified as the assassin.

Sirhan Sr. was stunned. He gave me a hard, disbelieving look and shook his head no. But he could see I was serious. Suddenly, he started to rant and cry, first about how much he admired the Kennedy family, then about how his fourth son couldn’t possibly have been the shooter.

But the headmaster also said the Sirhan home was deeply troubled.

“He was the best of the boys,” he said frantically, sobbing now. “He was the smartest, with the best grades. I was proudest of him.”

Then the father’s face darkened. “If he did this dirty thing, then he should hang,” he shouted angrily. “Kennedy could have been a great president, he could have finished what his brother started.”

Sirhan went on and on like this nonstop, back and forth, railing now, more and more excited, switching between how wrong it had been for Kennedy to be cut down and how good a boy his fourth son was.

By now it was 1 a.m. I excused myself and rushed back to Jerusalem to write my story.

The one-column headline over my dispatch read: “Father of Suspect ‘Sickened’ by News.”

The next day, I located Sirhan Jr.’s former school, the Jerusalem Evangelical Lutheran School in the Old City. The headmaster confirmed that the boy had been a promising student, near the top of his class.

But the headmaster also said the Sirhan home was deeply troubled. The parents had terrible fights, he said. Sirhan Sr. had lost his job after the 1948 war, blamed it on the Israelis, became emotionally unstable and beat his wife and children repeatedly.

The family finally split up and the mother, Mary, got financial help from a Christian missionary group to move with the children to the United States in 1957. They settled in California.

From the headmaster’s account, and Sirhan Sr.’s outbursts, it was not hard to imagine the roots of Sirhan Jr.’s bitterness, his anger at Israel and even his fury at the Kennedy family, whom he apparently saw as important supporters of Israel. It was that anger that motivated him to act on June 5, 1968, the first anniversary of the Six Day War.

Terence Smith is an award-winning journalist who has been a political reporter, foreign correspondent, editor and television analyst over the course of a 40-year career. He has written on everything from a Bedouin wedding in the Sinai to firefights in the jungles of Vietnam.