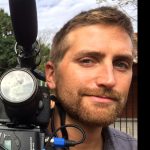 Kim Wall, a Swedish freelance journalist, disappeared after boarding a private submarine owned by Danish inventor Peter Madsen on Aug. 10. She was researching Madsen and his submarine for an article.

Madsen first told authorities that he had dropped her off that night but later changed his story to say she died in an accident on his submarine and that he “buried” her at sea. Madsen has been charged with involuntary manslaughter.

Remains, found in a Copenhagen port, were identified as Wall on Wednesday. PBS NewsHour producer Jon Gerberg wrote this remembrance of his friend.

There was always a reason to hope with Kim.

The gallivanting journalist she was, always sneaking off to some far corner of the world and returning with a juicy, moving, almost other-worldly story. She could have just snuck off.

The day the news broke, reaching for a possible note of hope, I joked to a friend online. “She’s probably just working on some super stealthy story, about some underground Danish confectionary sex cult,” I wrote.

“That would sound like Kim,” she replied. “Throw in some North Korean or Tamil Tiger defectors, and that’s pretty much her remit.”

But it wasn’t the case this time. Kim Wall’s remains, which had washed ashore the coast of Copenhagen, were identified on Wednesday.

Kim had reported from everywhere from Havana to North Korea. She surveyed post-war tourism in Sri Lanka and explored voodoo in Haiti. She unveiled fairy tale romances in New York and tiger poaching in India. For 30 years old, the amount and the depth of the reporting she did is intimidating.

And her body of journalistic work was almost as expansive as her spirit. Talk to anyone who met her, even once, and they were immediately touched by her almost enchanting positivity. Her humble smile, her crisp wit. She was always excited to see you. And she gave the best hugs. 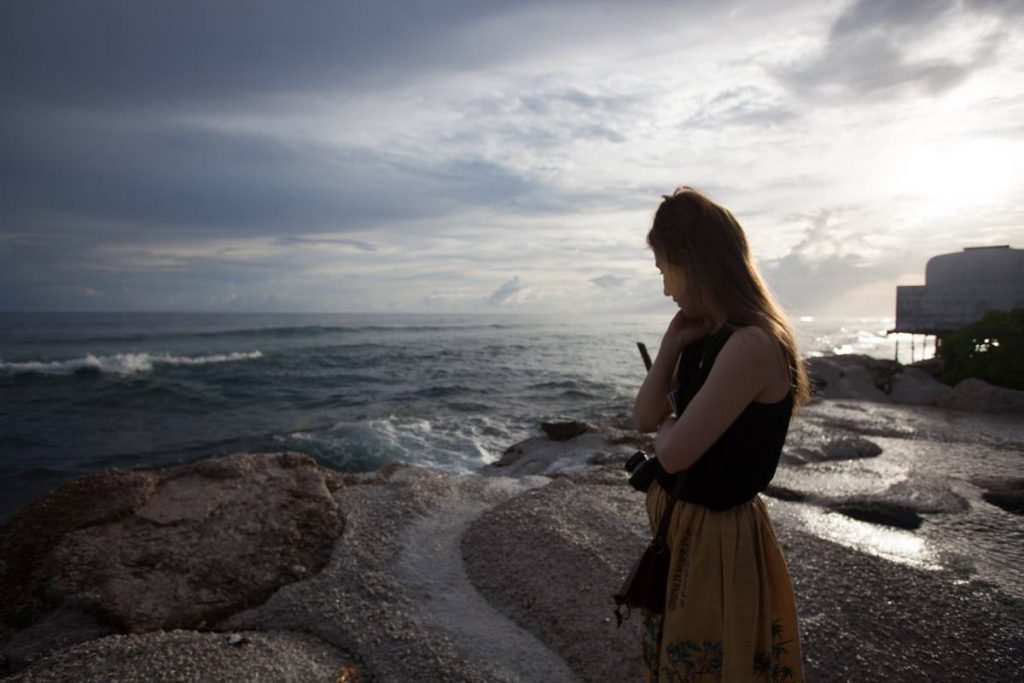 Kim Wall stands on a roadside spot in Majuro, the capital of the Marshall Islands. Along with reporting partners, she was investigating the impacts of climate change and the legacy of nuclear testing in 2015. Photo by Coleen Jose

She was a reporter by nature. When she asked you a question she meant it. If you ever tried to give her a stock answer, or brush off a question, she’d casually bat these pretty eyelashes. “Really? Is that it?” You knew you weren’t getting off that easily.

I last saw her in January. She crashed on my couch in Washington, D.C., for the post-inauguration Women’s March. We went out with friends, laughed, talked politics, planned for the future. She convinced me to visit her in Beijing.

Kim’s loss has devastated an entire community, many of whom knew Kim much better than I. Watching a network of hundreds of journalists — literally across the world — come together through this shock and uncertainty to search for answers and to support each other, has been both heart-wrenching and sadly inspiring.

“It was always clear that she had a unique way of viewing the world. This was an asset to her as a reporter as much as it was as a friend.” — Annie Zak

A 90-person Messenger thread on Facebook, set up by her journalist friends, turned from a crowd-sourced multi-lingual feed of news updates to a Tumblr-style stream of jovial images, videos and memories of the Kim we all love — flashing peace signs, calling out patriarchy and rocking fabulous sweaters; to a log of weary condolences. We chose to remember her, not by the recent headlines, but by her amazing reporting and as the amazing person she was.

“She was extremely easy to love,” Annie Zak, a Columbia University graduate school classmate and friend of Kim’s, told me. “We bonded over late-night work sessions at school, and it was always clear that she had a unique way of viewing the world. This was an asset to her as a reporter as much as it was as a friend.

“She was also the ideal karaoke partner for Toto’s ‘Africa,'” Zak added, “which we sang much more than once.”

Her mother, Ingrid Wall posted a message on Facebook the day the remains were confirmed as her daughter’s (translated): “She gave voice to the weak, the vulnerable and marginalized people. That voice had been needed for a long time. Now it will not be.”

Her colleagues and friends hope that Kim’s never-ending spirit will live on, through the light she cast so widely, in her work and life.

See more examples of her work:

Sex and the law in China

Interview with a real life vampire

Why furries are unique among fan cultures

Asian, queer and dancing defiance: ‘Everything we do now is resistance’

Left: Swedish journalist Kim Wall was aboard a submarine "UC3 Nautilus" before it sank. Photo is a handout from Tom Wall via Reuters