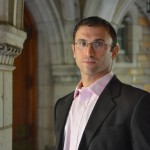 Vladimir Putin’s regime is under threat. Truckers incensed about a new toll system called “Platon” on Russian highways are the vanguard of a protest wave built on the simmering discontent of the Russian people with economic hardship resulting from the combination of international sanctions and inept, corrupt governance. As one prominent expert recently argued, “Putin’s propaganda machine cannot brand three million ordinary citizens as traitors and CIA agents.”

The shipyard workers of Gdansk showed in the heyday of Poland’s solidarity movement in the early 1980s that once the people finally rise up against the oppression and incompetence of the regime, the regime must either collapse or resort to naked force and thus lose all remaining legitimacy. Therefore, the end must be nigh.

What this analysis misses is that these sorts of protests have been a consistent feature of Putin’s Russia. Back in 2004, in much better economic times, the Russian government tried to implement a long-overdue reform designed to bring the pension system out of the Soviet era. As massive waves of protests ensued against measures that would have affected more than 30 million people, many commentators at the time saw echoes of the Orange Revolution demonstrations against election fraud that had so recently riled Ukraine. Seemingly caught off-guard, Putin backtracked, doubling the proposed increase in pensions and restoring free travel for pensioners on public transport. Despite the excited talk about Putin’s regime being shaken to its foundations, the protests soon died down and Putin proved no worse for wear.

The Russian state is weak, and those in power in the Kremlin know it.

Four years later, the Kremlin sent special riot police all the way to Vladivostok to break up what would become known as the “Revolt of the Used Car Dealers.” Months of protests on Russia’s remote and hard-to-control periphery against new tariffs on the lucrative used car trade with Japan seemed to represent a new challenge to the regime, politicizing many who had previously been apathetic and calling into question Moscow’s ability to control its vast territory. While the buoyant economy had provided security for Putin against earlier waves of protests, this time the fallout from the financial collapse made some think that the beginning of the end was here. As one reporter wrote, “Now that times are tough, events in the Far East suggest broader rumblings.” In the city of Vladivostok, where an estimated 100,000 out of a population of 600,000 had employment connected to the automotive industry, the new tariff indeed sparked economic devastation and unemployment shot up. The broader threat to Putin, however, never materialized.

Now, once again, economic crisis and popular unrest are supposed to be the spark that will lead to the undoing of Putin’s regime. The problem with this analysis is that it fundamentally misunderstands the phenomenon of Putin’s authoritarian system. The current system in Russia is different from either the Soviet system that preceded it, or the Chinese one to its southeast, because it does not aspire to the complete dominance of society and its mobilization in favor of an ideology. Instead, the aspirations of the Russian regime are much more modest — to hold off other contenders to power, control certain sectors of the economy, and re-assert Russia’s status in the international arena. This is because, without either a dominant ideology or democratic legitimacy, the support that Putin enjoys is broad, but shallow. The Russian state is weak, and those in power in the Kremlin know it.

The latest protests, then, are revealing of both the strengths and weaknesses of the authoritarian regime that Putin has built.

Belying the apparent strength of Putinist authoritarianism, the regime has consistently proven its inability to impose its writ domestically. Without a Communist Party apparatus behind it, Putin’s Kremlin rests on an unreliable mixture of opportunists, kleptocrats, and enforcers who obey Moscow only when coerced and cannot be counted on in a crisis. Beyond that, the transparently farcical nature of elections in Russia leaves the regime without the sort of democratic legitimacy that allows leaders elsewhere to impose unpopular measures when necessary. Consequently, the Kremlin is vulnerable to an argument that can be seen on the license plates of our nation’s capital: “No taxation without representation.” As hard as it may be to imagine Russian truckers dumping tea into Boston Harbor, many Russians are not any more receptive to being taxed by a government they feel does not give them a voice in the policy-making process than are many others around the world. Putin and his cronies are well-aware of this, and they know when to retreat. The Russian Duma has already lowered the fine for non-payment of the new highway toll from 450,000 rubles to 5,000, which might turn out to be only the first of several concessions if the protest wave does not die down.

The latest protests, then, are revealing of both the strengths and weaknesses of the authoritarian regime that Putin has built. On the one hand, without democratic legitimacy, he lacks the ability to impose painful economic measures on his people, even if they are necessary, which may weaken Russia in the long-term. On the other hand, such protests do not threaten to escalate to a full-scale revolt against Putin’s rule. The regime knows when to retreat, and the people know when to stop. Unlike in the 1980s, when the shipyard workers in Gdansk could see a better life on the other side of the Iron Curtain, Russians today have no visible and desirable alternative. Until they do, sometimes money is just money.

Left: A truck driver near Moscow arrives on December 3 for a protest against a new fee. As of last month, the state has started charging a fee for every kilometer that trucks over 12 tons in weight drive over Russian roads. Photo by Reuters and Maxim Zmeyev

Jeremy Friedman is an assistant professor at Harvard Business School and author of “Shadow Cold War: The Sino-Soviet Competition for the Third World.”