Can a pink rickshaw help fight sexual harassment in Pakistan?

The visibility of women in public life is increasing in Pakistan as more are entering the workforce and attending school. But showing up at work and going to school both require a daily commute, and in the male-dominated world of public transportation, women who travel alone in Pakistan are often subject to harassment, ranging from casual annoyances to violence and sexual assault.

Zar Aslam, a native of Lahore, Pakistan, decided to do something about it.

Aslam, who is the CEO and founder of the Environment Protection Fund, experienced the harassment firsthand and saw how disrespect and mistreatment of women can create obstacles for how they lead their lives.

“They have to cut back on half of their activities simply because they don’t feel safe,” she said.

Last year, Aslam began working on the Pink Rickshaw Initiative — a transport service with women-only drivers who give rides exclusively to female passengers. The goal of the project is to empower women professionally and financially so they can better engage in public life. By protecting them from sexual harassment and assault, they can attend classes, go to work and do other things without fear, she said. 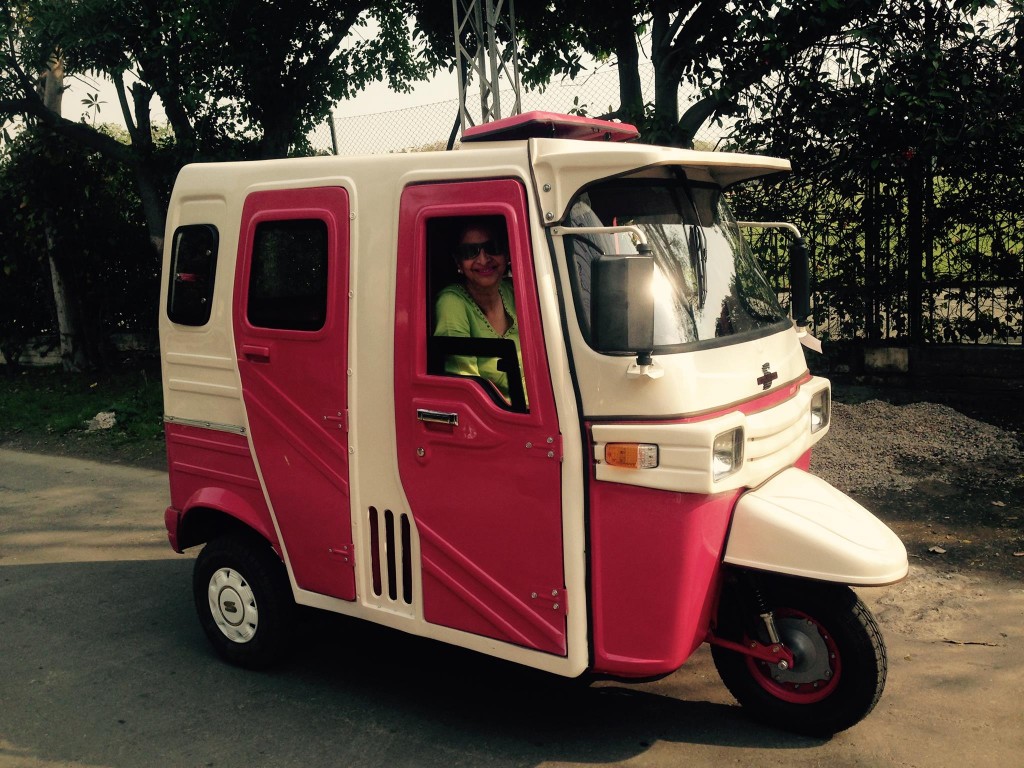 Pakistan’s reputation for domestic violence and harassment has made it notoriously dangerous to be a woman there. The government has taken steps to address the issue and in 2010 it passed a law against harassment in the workplace.

Khawar Mumtaz, chairwoman of the National Commission of the Status of Women, said the men who lash out are reacting to new competition with women as they enter the public sphere.

“Because women come into their own, a lot of men feel challenged. One way of getting back is through harassment,” said Mumtaz.

The law can only provide so much protection when it is unevenly applied and people are not aware of it, she said. “Change is taking place, but much more is needed through the media, school curricula and affirmative action of ensuring women’s participation in public and private institutions.”

The Pink Rickshaw Initiative’s strategy is to facilitate rickshaw ownership in exchange for giving rides to other women.

After an application process, a prospective driver is visited at home and her needs are assessed. Once she receives her driver’s license, she can take a loan on a rickshaw to be paid off in monthly installments over two years.

Unlike a typical rickshaw service, the women of Pink Rickshaw are not assigned specific hours or rates to charge customers. Rather, they work when they want and set their own rates, as long as they cover the monthly installment for the rickshaw. The installment depends on how much of a down payment they provided.

The pink rickshaws also set themselves apart through the use of doors, a feature intended to add a level of privacy and visual appeal most other rickshaws do not have. 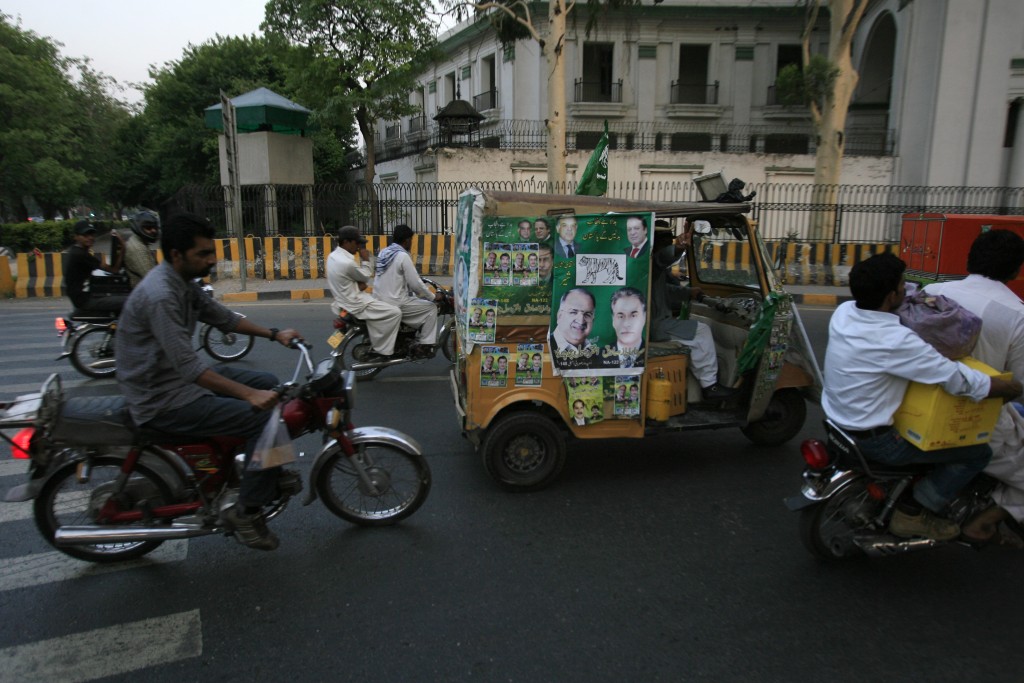 A typical rickshaw is seen in Lahore on May 6, 2013. Rickshaws are a popular form of transportation in Pakistan. Photo by Mani Rana/Reuters

This year, the first pink rickshaw hit the streets of Lahore. The initiative now operates five of the three-wheeled vehicles. Aslam admitted it’s a small start but necessary for it to be monitored properly in its initial stages. The project is financed through private donations and a crowd funding page.

Past efforts to create safe spaces for women on buses have run into the problem of separating women from their male family members. To ensure that women can still travel with their families while maintaining the integrity of the project, the initiative allows drivers to take close male friends and family, but the women must still drive the vehicle.

Aslam has responded to those who complain that the women-only service is segregating them by saying the current level of harassment makes women reluctant to integrate at all. By creating this safe space for women to leave their homes, she said, the increased visibility will actually desegregate the women in the long run.

People also raised concerns about the bright pink color, which they said could be interpreted as a stereotypical presentation of women and serve as a potential target for harassment. But to Aslam, the color was mainly to make the rickshaws eye-catching and easily identifiable for women, and it wouldn’t change the level of harassment women would face if they were painted differently.

“If there are people going to target women it’s going to happen regardless of whether they’re standing outside waiting for a rickshaw, waiting for a car, in a bus, in a blue rickshaw, or a pink rickshaw,” she said.

Aslam said others have responded well to the initiative, and many women have approached her wanting to learn how to drive, and even men have asked if their wives could receive training.

“Women who want to drive are getting support from their husbands, their friends, their colleagues, so already it feels like we’ve broken the ice,” she said.

Aslam added that she is working on raising funds to expand the service, which is challenging, but she feels like each pink rickshaw on the road is another step toward curtailing harassment.

Left: Zar Aslam, president of Pakistan's non-profit Environment Protection Fund, drives a Pink Rickshaw in Lahore on April 8. Aslam, a Pakistani environmentalist, fed up with being groped and harassed by male auto-rickshaw drivers, launched her own service exclusively for women passengers and drivers in her home city of Lahore. Photo by Mohsin Raza/Reuters