The sanctions, only targeting a few people, don’t go after heads of energy companies, Gvosdev said. The people the Obama administration are going after don’t have money over seas; it’s not a massive interruption of trade, he said.

He added: If you really wanted sanctions that bite, you’d say Russian companies should be barred from being listed on a sanction list, for example.

The Crimean parliament formally declared independence from Ukraine on Monday after an overwhelming vote for Sunday’s referendum to join Russia.

Crimean lawmakers filed an appeal Monday to join Russia after 96.7 percent of the region’s residents voted to support the annexation. Crimean officials also reported a high voter turnout of 83 percent. 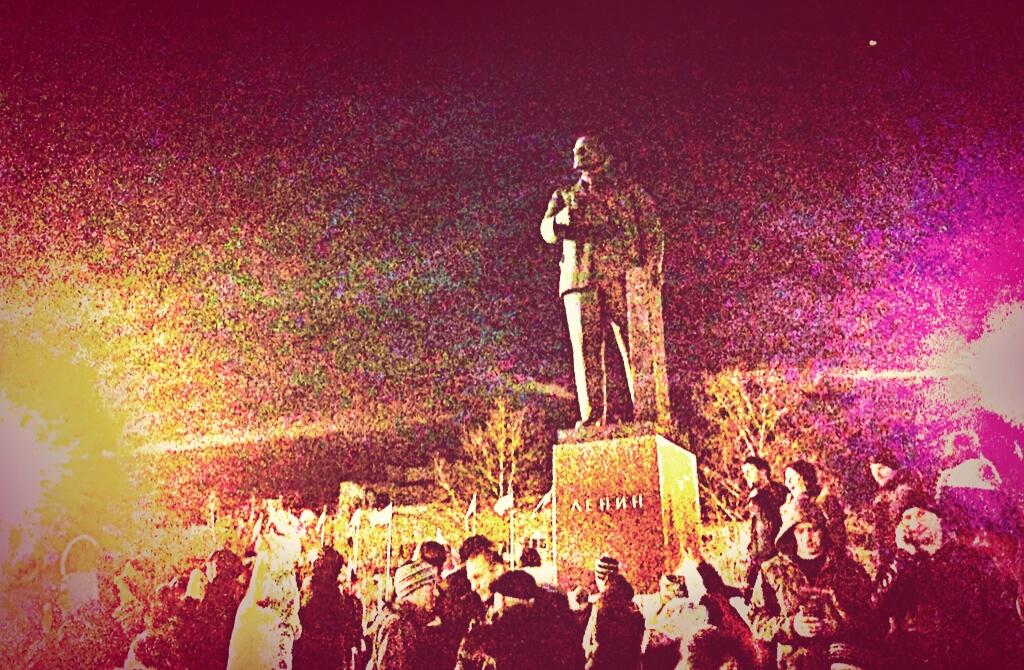 Crowds in Simferopol celebrated the vote to join Russia on Sunday night. Photo by PBS NewsHour producer Morgan Till

Within the month, the region is expected to adopt the Russian rouble as its new currency and move two hours ahead of Kiev to Moscow time, BBC reports. The Crimean parliament also nationalized all Ukrainian state property, seizing it for independent Crimea.

Thousands of pro-Russian demonstrators gathered in the eastern Ukrainian city of Donetsk, AFP reports, in solidarity with Crimea. Frontline’s James Jones told the NewsHour that he saw a similar situation Sunday in Kharkiv, another eastern Ukrainian city, where 10,000 strong rallied in support of the referendum, chanting “Russia, Putin save us.”

Russian President Vladimir Putin is expected to address a joint session of Parliament on Crimea on Tuesday, CNN reports.

The White House said the referendum violated Ukraine’s constitution and that the “international community will not recognize the results of a poll administered under threats of violence and intimidation from a Russian military intervention that violates international law.”

In the meantime, the Ukrainian and Russian defense ministries have agreed on a truce until March 21, Reuters reports.