Fidel Castro, the fiery communist politician and Cuban revolutionary who led his country for almost half a century, has died, the Associated Press reported. His health had been deteriorating since 2006, when he suffered from intestinal bleeding. He was 90 years old.

By 1959, Castro had established the first communist state in the Western hemisphere. He had been revered as a savior by many across the country, and yet Human Rights Watch listed Castro’s Cuba as a gross violator of basic and free standards of living. Regardless of how Castro was perceived in his life, he leaves behind a legacy of shaping the history of a small Latin American country in its fight for an identity, and its struggle in standing up against the greatest superpower on Earth.

Castro’s revolutionary spirit had its beginnings when he was a law student at the University of Havana. It was there that his interest in politics began.

In 1952, the young and enthusiastic lawyer ran for election to the Cuban House of Representatives. But the election never took place. Fulgencio Batista, the former president of the country, staged a coup with the backing of the army, and seized power that March. For Castro, this was the moment he realized an uprising was imminent.

But before Castro’s revolution was to take hold, there was another Latin American figure he’d befriend who would help shape rebellion in Cuba and across the region — the Argentinian doctor, Ernesto “Che” Guevara. 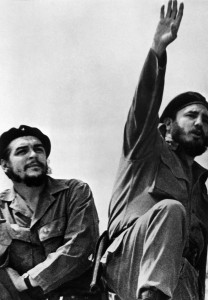 Fidel Castro, right, and Ernesto “Che” Guevara in a picture taken in the early 1960s. Photo by OFF/AFP/Getty Images

With Che by his side and a small rebel army backing them, the revolutionaries descended from their stronghold in the Sierra Maestra Mountains, and took on Batista’s U.S.-backed forces. Castro was able to topple the right-wing dictator on Jan. 1, 1959, after Batista had ruled in and out of power for 25 years.

The scene on the streets of Havana just a week later was one of jubilation, as Castro and his brigade rolled into the capital atop tanks and trucks. Thousands of Cubans met them, cheering and waving flags from cars and from balconies.

For Castro, the revolution meant a distinct reordering of society. Through what’s known as the Agrarian Reform Laws, he redistributed land to the peasants that worked them. He placed an emphasis on health care, education, housing and road-building in rural areas.

Then, in 1960, he ordered all U.S.-owned companies in Cuba to be nationalized without compensation. They included oil refineries, factories and casinos. Everywhere around the country, U.S. flags were taken down, and signs for corporations were replaced with the stamp of the Cuban government. Angered by this move, the United States government decided to retaliate, in the form of a trade embargo, which lasted more than five decades.

Castro’s stated goal was simple: to resist against the “imperial” world, and infuse a sense of nationalism across all aspects of Cuban life. But along the way, he compromised civil liberties, forcing many Cubans to flee the country, and head north, to Miami. The country has long been criticized for its human rights abuses of anyone opposing the government since Castro assumed power, including arbitrary imprisonment, unfair trials and extrajudicial execution. In addition to these abuses, civil liberties in the country were almost nonexistent during Castro’s tenure, with severe limitations on freedom of the press, religion and general political dissent.

In 1985, the NewsHour’s Robert MacNeil sat down to speak with President Castro. He pressed Castro on the restrictions placed on society, the cracking down of political dissidents, and the lack of a free press.

“Well, you are right,” Castro admitted. “We do not have a press system like that of the United States. In the United States, there is private property over the mass media. The mass media belongs to private enterprises. They are the ones who say the last word. Here, there is no private property over the mass media. There is social property. And it has been, is, and will be at the service of the revolution.”

But the U.S. blockade crippled Cuba’s economy. In order for the regime to stay afloat, Castro developed an alliance with America’s superpower rival, the Soviet Union – distancing his country even more from the U.S., and leading American President Dwight D. Eisenhower to sever all links with Cuba.

Still, Castro stood firm in his opposition of the States.

“We are a small country,” Castro told MacNeil in 1985. “But we are also a country with a lot of dignity, and no one can suppose that we would beg the United States for an improvement of relations. We have never done so, and we shall never do it.”

Castro’s persistently defiant attitude, along with a deteriorating Cuban economy and the continued repression of political dissidents, led to a mass exodus of Cubans following the 1959 revolution.

On April 17, 1961, America’s new president, John F. Kennedy, administered a covert CIA operation commonly known as “The Bay of Pigs” invasion — in which 1,200 Cuban exiles were trained as an army to invade Cuba and conduct an armed overthrow of Castro.

But the small, counter-revolutionary force was no match for Castro’s supporters, who rallied to counter the invasion. It turned out to be a disaster and an embarrassment for the new Kennedy administration, and Cuba’s revolutionary spirit was nourished yet again. 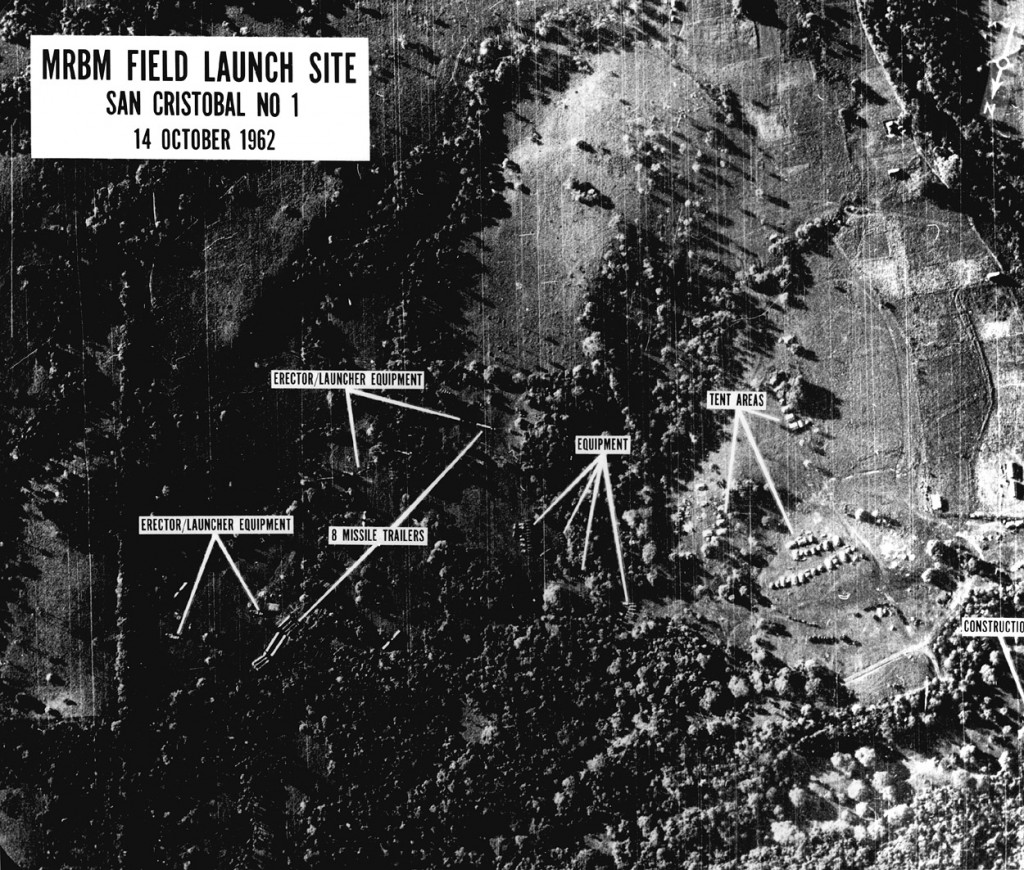 One of the first images of missile bases under construction shown to President Kennedy on the morning of October 16, 1962. Image from the The John F. Kennedy Presidential Library and Museum

The U.S. and Cuba hit another contentious point the following year, after it was discovered that Castro had secretly allowed the Soviets to build sites for nuclear missiles, leading to the Cuban Missile Crisis of 1962. The crisis brought the world to the brink of nuclear war.

The CIA made several other attempts at Castro’s life, following the Bay of Pigs Invasion. But none were successful, and Castro’s revolutionary fervor remained strong throughout the years.

Castro was one of many international political figures who, following the global shifts of World War II, threw themselves into spurring movements for justice and an egalitarian society. And despite his adamantly enforced Marxist-Leninist ideals and dictatorial style of government that suppressed so many who opposed him, his popularity remained high throughout his reign. 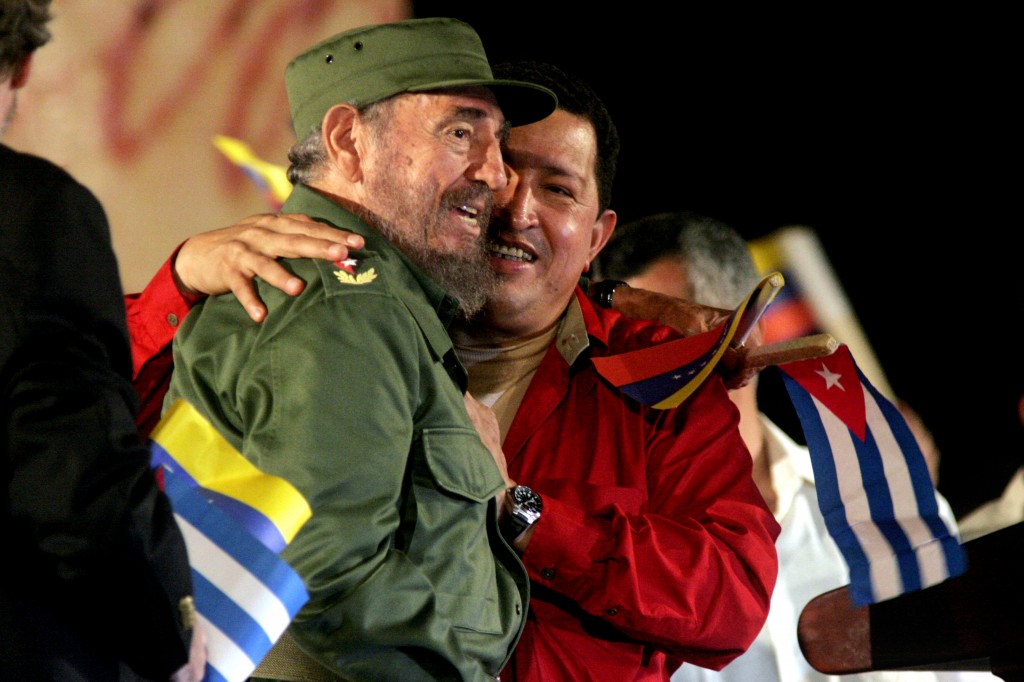 But after the fall of the Soviet Union and the end of Soviet aid, the continued economic crisis in Cuba was hard on even those who supported Castro. It forced him to seek aid elsewhere, and forge alliances with other leaders in Latin America, namely with Venezuela’s Hugo Chavez and Bolivia’s Evo Morales.

In 2008, after almost 50 years as the head of his nation and amid deteriorating health, Castro passed the role of president onto his younger brother, Raul Castro, who remains in power today.

It was not until December 2014 that the U.S.-enforced restrictions on Cuba were finally lifted. 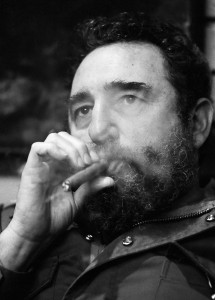 “These 50 years have shown that isolation has not worked,” President Obama told the American people. “It’s time for a new approach.”

This momentous development has meant expanding economic ties with Cuba, and easing travel restrictions. Washington has reopened the U.S. Embassy in Havana and taken other steps to bolster ties, including a prisoner swap between the two countries. In July, the U.S. government approved scheduled commercial airline service to Havana from 10 American cities, further bridging the gulf.

In his final years, Castro rarely appeared in public. He assumed the role of an elder statesman, completely removing himself from any official role in Cuba’s government. After President Barack Obama’s historic visit to Cuba in March 2016, Castro penned a letter publicly criticizing the U.S. president. Obama did not meet with the former Cuban leader during his three-day visit to the island nation.

On Saturday, he issued a statement offering condolences and support while acknowledging discord, saying that for nearly six decades the relationship between the U.S. and Cuba was marked by “profound disagreements.”

“During my presidency, we have worked hard to put the past behind us, pursuing a future in which the relationship between our two countries is defined not by our differences but by the many things that we share as neighbors and friends – bonds of family, culture, commerce, and common humanity,” he said. “In the days ahead, they will recall the past and also look to the future. As they do, the Cuban people must know that they have a friend and partner in the United States of America.”

Left: Cuban leader Fidel Castro, pictured during a rally in Havana in 1961, came to power in 1959 after an armed guerilla struggle. He died today at age 90. Photo by Popperfoto/Getty Images