The Danish Prime Minister said the country was still on “high-alert” on Sunday after police in Copenhagen shot and killed a 22-year-old man they believe was responsible for the double terror attack at a cafe and synagogue on Saturday and early Sunday morning that left two dead and five others wounded.

“If you go through the streets of Copenhagen, which is normally a beautiful, peaceful place, you will see that we are in a place of high-alert,” Danish Prime Minister Helle Thorning-Schmidt said. “But we have caught the perpetrator, and we are closer to understanding what happened, but we have still not called the emergency off completely.”

Police did not release the name of the gunman, known to them because of his violent past, who first fired some 30 shots through the window of the Krudttoenden cafe early Saturday evening. Police said a 40-year-old man was killed and three police officers were wounded outside the cafe that was hosting a free speech forum attended by controversial Swedish artist Lars Vilks. 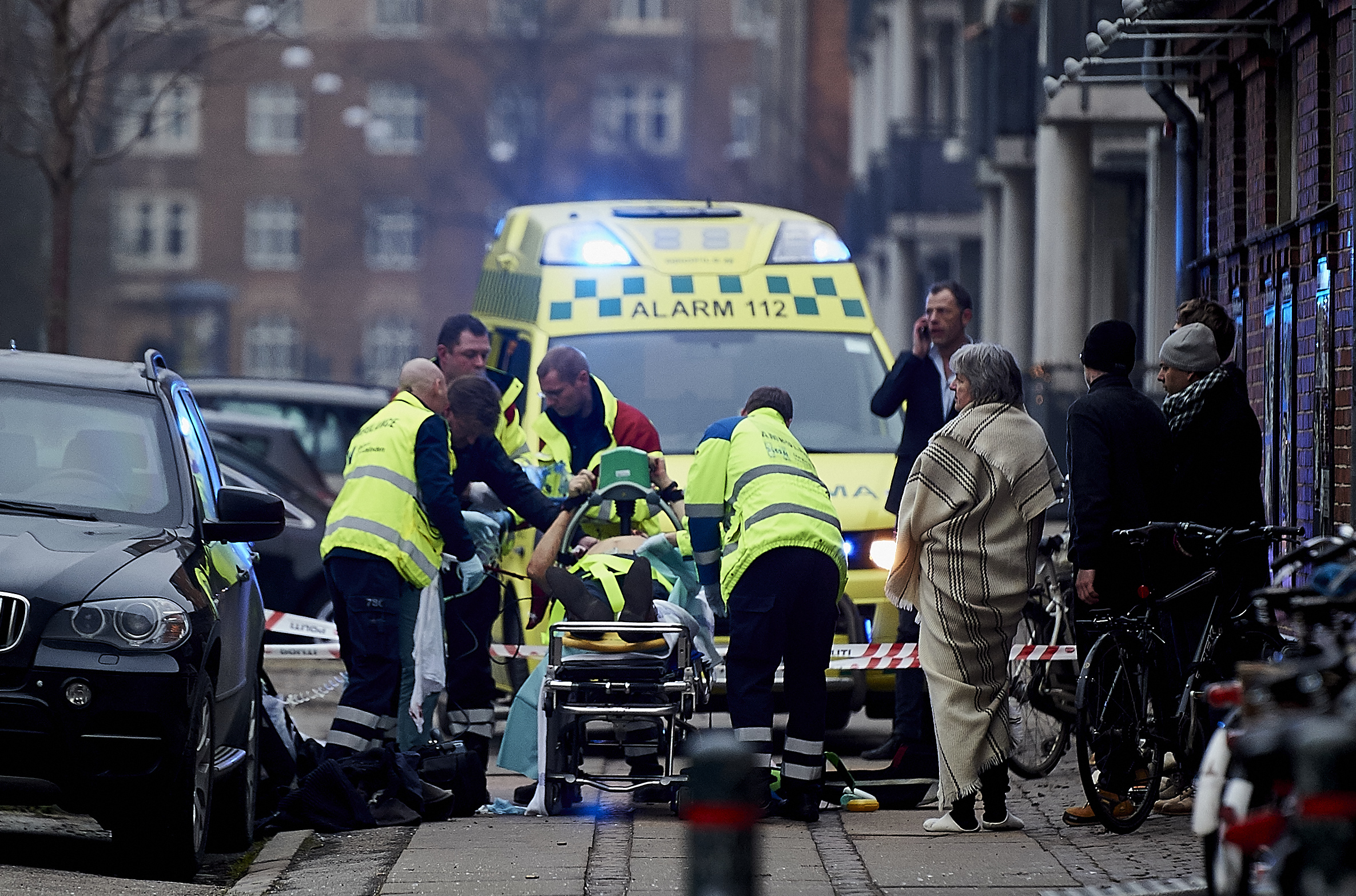 A victim is carried into an ambulance after a shooting incident after a public meeting and discussion arranged by the Lars Vilks Committee about Charlie Hebdo and freedom of speech in the Krudttonden Hall in the Osterbro area on February 14, 2015 in Copenhagen, Denmark. Photo by Lars Rønbøg.

Around 1 a.m. local time, police said the lone gunman fired shots outside a synagogue in the center of the city, killing one man and injuring two other police officers.

Police said the perpetrator fled on foot and the gunman was killed after shooting at police in Copenhagen’s Noerrebro district.

Authorities are investigating whether the gunman was inspired by last month’s terror attacks in France, which followed a similar pattern.

On Sunday, Prime Minister Thorning-Schmidt laid flowers at the scene of the second shooting and told reporters she promised to protect the country’s Jewish population. 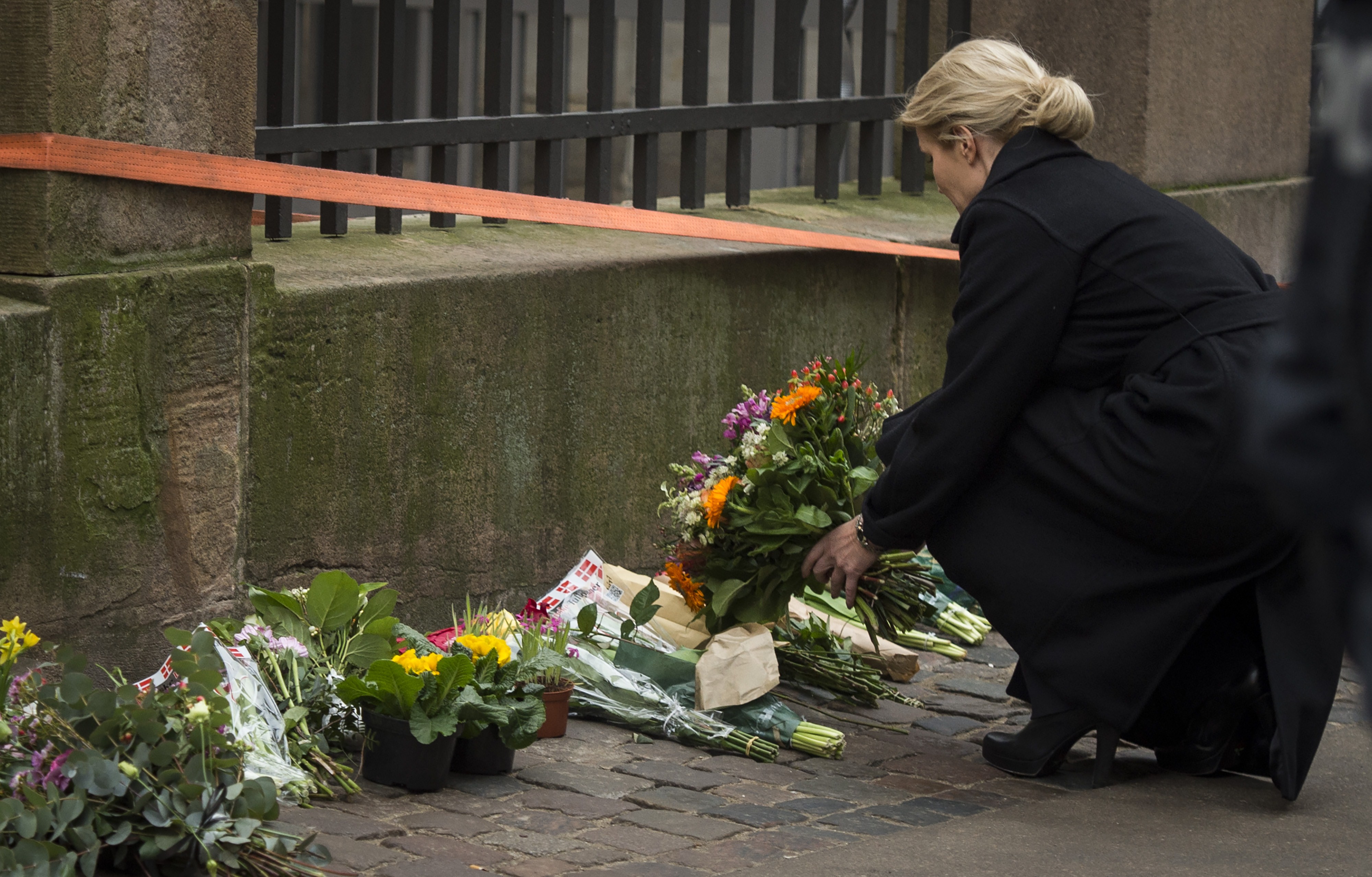 Danish prime minister Helle Thorning-Schmidt lays flowers outside the synagogue Krystalgade in Copenhagen, on February 15, 2015 after two fatal attacks in the Danish capital, at a cultural center during a debate on Islam and free speech and a second outside the city’s main synagogue. Photo by ODD ANDERSEN/AFP/Getty Images

“Our thoughts go to the whole Jewish community today,” Prime Minister Thorning-Schmidt said. “They belong in Denmark. They are a strong part of our community, and we will do everything we can to protect the Jewish community in our country.”

Left: Police officers control the street in front of an internet cafe in Norrebro district in Copenhagen, February 15, 2015. Photo by REUTERS/Leonhard Foeger.