Day 9: Simone Biles and Usain Bolt rise above the rest in Rio

U.S. gymnast Simone Biles and Jamaican sprinter Usain Bolt were the stars of the Olympics Sunday, both coming out on top in their respective events.

Biles earned her third gold medal when she blew out her competitors on the vault.

Biles scored a 15.966 average on her two vaults. The next best score came from world champion Maria Paseka of Russia with a 15.216.

To put it in perspective, the score gap between Biles and Paseka was wider than between Paeska and the event’s lowest score of 14.816.

The smile of a 3-time Olympic Champion.

Biles said the win was particularly important because she has won gold medals in the world championships on floor and beam, but never on vault.

“I feel very excited because having two silvers and a bronze from the World, it means a lot to me,” Biles said after the competition. “It’s something I wanted so badly.”

Biles still has a chance to take home two more individual golds for the floor and beam. 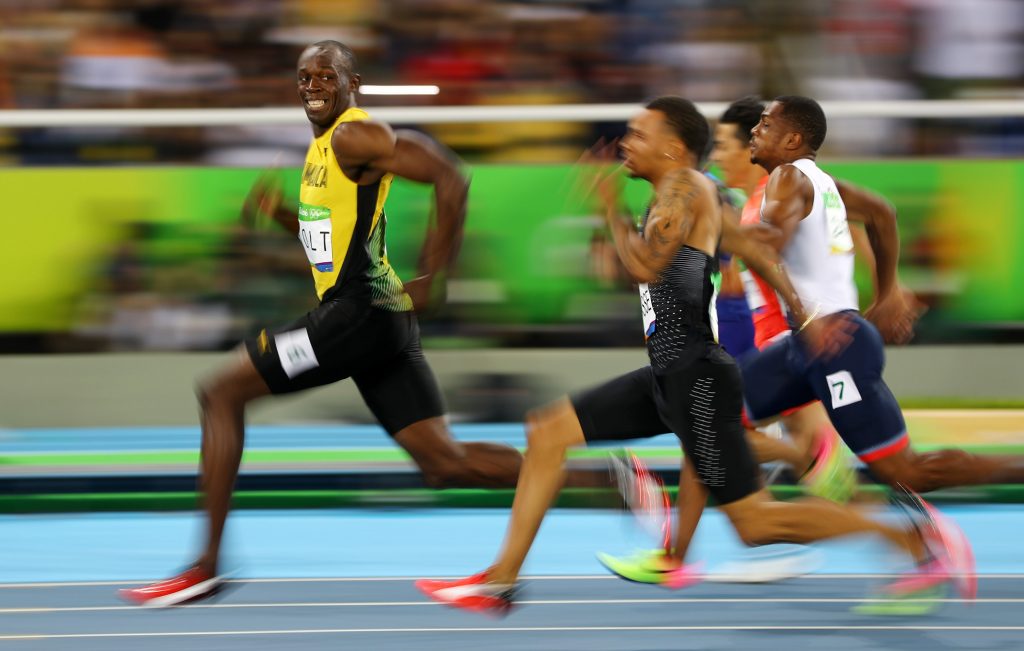 At the 2016 Rio Olympics during the men’s 100m semifinals, Usain Bolt of Jamaica looks at Andre De Grasse of Canada as they compete. REUTERS/Kai Pfaffenbach

.@UsainBolt​ knew after his semi that he was going to win.

Bolt clocked in at 9.81 seconds ahead of American Justin Gatlin, who crossed the finish line in 9.89 seconds.

In typical Usain Bolt fashion, the fastest man on Earth knew how to please the crowds, pumping them up before the race and striking his signature lightning bolt pose after his victory.

Other noteworthy moments
Great Britain’s Justin Rose became golf’s first gold winner since the last time golf was included in the Olympics in 1904.

Afterward, the stadium joined in unison to sing Happy Birthday to Walsh Jennings, who turned 38 years old at midnight.

.@kerrileewalsh​ went "down under" the net against #AUS to help power their way to the semis https://t.co/N7AWVOTvgy https://t.co/MVXRLrqwgz

Disgusting. I hope this is the LAST we see of Gabby Douglas! #CrabbyGabby #Rio2016 pic.twitter.com/ErAqzajuPj

The 20-year-old’s mother, Natalie Hawkins, told Reuters she doesn’t know what her daughter has done to deserve this treatment.

This isn’t the first time Douglas has been scrutinized for her appearance. During the London Olympics in 2012, Douglas was criticized for her hair after she became the first African-American gymnast to win the Olympic all around title.

U.S. Olympic Committee officials said Lochte along with Gunnar Bentz, Jack Conger and Jimmy Feigen were on their way to the Olympic Village when their taxi was stopped by men posing as police officers who then proceeded to steal their money and other personal belongings.

Romance at Rio2016 ! After He Zi of China won silver in 3m springboard, she accepted marriage proposal from Qin Kai pic.twitter.com/RXUNNiYQtD