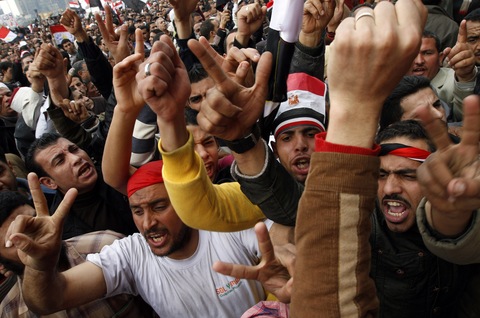 Since the Arab Spring began at the end of 2010, a trickle of demonstrations has increased to a flood of pro-democracy movements across the Middle East and North Africa, in some cases uprooting long-standing regimes.

Yet despite the grand scale of political change, dozens of authoritarian governments are maintaining power and either accommodating or trying to control the protests.

Protesters themselves have changed tactics, including incorporating the game of cat-and-mouse to evade authorities clamping down on their protests.

A new book by William Dobson, “The Dictator’s Learning Curve: Inside the Global Battle for Democracy”, looks into all of these evolutions.

Dobson spoke to NewsHour correspondent Hari Sreenivasan about what’s next for dictators, and the forces who are trying to topple them. Their interview airs on Monday’s NewsHour. Dobson sent us his list of the seven activists working to spread their message via Twitter:

Blog: Respectable Leader Must Have Sense Of Passion & Respect For Dignity Of Man & Woman:bit.ly/NrzQBY #fb

Judge Maria Afiuni @mariafiuni A sitting judge until she handed down a decision Venezuelan leader Hugo Chavez opposed. She was then imprisoned and now lives under house arrest. She started tweeting from her jail cell, and maintains her opposition that way. (In Spanish) Follow @mariafiuni 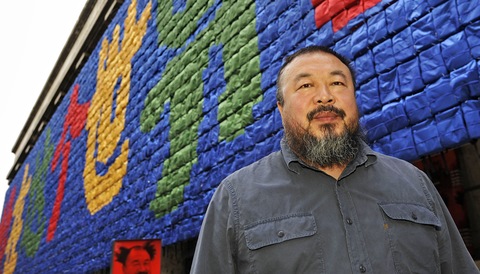 Chinese artist Ai Weiwei poses in front of his installation called ‘Remembering’ at the ‘Haus der Kunst’ (House of Art) ahead of the exhibition ‘So Sorry’ on October 9, 2009 in Munich, Germany. Photo by Joerg Koch/AFP/Getty Images. 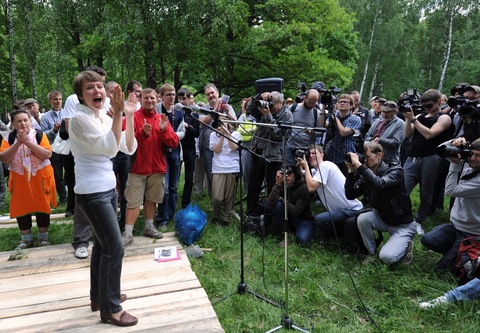 Yevgenia Chirikova, a Russian businesswoman who became the leader of the Khimki forest defenders, speaks to reporters in the Khimki forest outside Moscow on June 17, 2011. Photo by Natalia Kolesnikova/AFP/Getty Images.

Yevgenia Chirikova @KhimkiForest An environmentalist activist and one of the leading critics of President Vladimir Putin’s regime. Her activism began with her campaign to prevent the clear-cutting of Khimki Forest, an old oak forest in her hometown of Khimki. (In English) Follow @khimkiforest

Wael Nawara @WaelNawara Political advisor to Egyptian politician Ayman Nour, who run against Mubarak in 2005, and a leader in the El Ghad party, one of Egypt’s liberal opposition parties (In Arabic) Follow @WaelNawara