Ebola has spread to a fifth country as the Ministry of Health in Senegal announced it’s first case today. A university student from Guinea is receiving treatment for Ebola in Dakar, the nation’s capital. He had contact with Ebola patients while in Guinea and managed to travel back with the disease even though Senegal has closed its border with Guinea.

More than 500 new cases of Ebola were recorded this week alone — the highest increase since the outbreak began. The World Health Organization released it’s first roadmap update today. These reports will track efforts to contain the disease and where new cases are emerging. 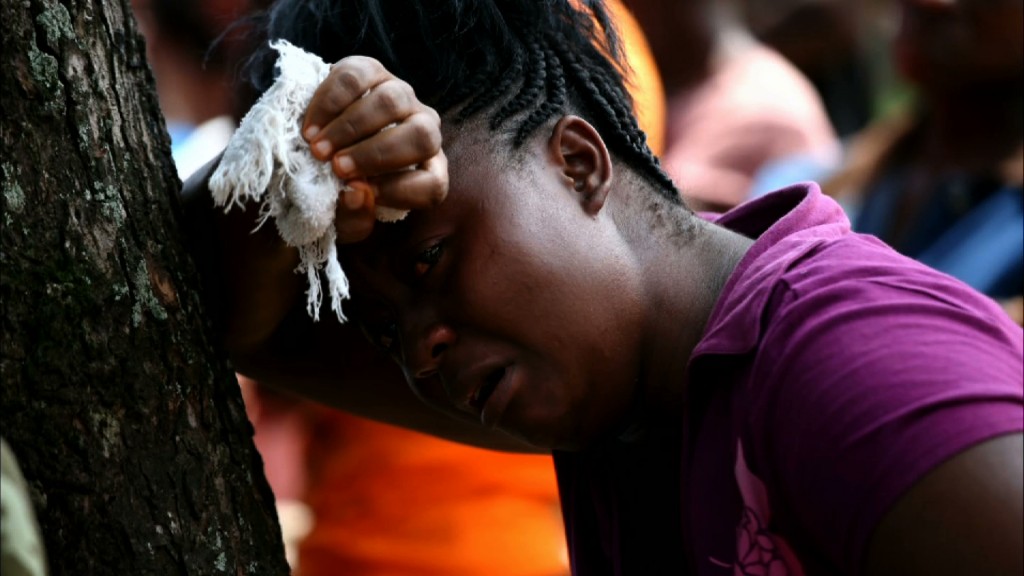 Korpo Klay watches as a Liberian health department burial team prepares to enter the home of her deceased cousin Kormassa Kaba, who was suspected of dying of the Ebola virus on Aug. 14 in Monrovia, Liberia. Photo by John Moore/Getty Images

Liberia reported the highest number of new cases and the report highlighted the nation’s deterioration.

“There are serious problems with case management and infection prevention and control,” the report said. “The situation is worsening in Liberia and Sierra Leone.”

Tensions across the region are growing worse. During the night security forces had to break up riots in southern Guinea, one of the most infected regions.

West Point, a neighborhood in Monrovia, Liberia, has been quarantined for over a week. There have been several violent clashes with police forces as people try to leave for work or search for food.

Meanwhile fear of the disease continues to spread around the world.

In the United States universities with high populations of West African students are taking precautions as the school year begins. The American College Health Association has recommended schools update their emergency policies and some schools are doing check-ups on students who have recently traveled to the infected region.

U.S. universities count 9,728 active students from Nigeria, 204 from Liberia, 169 from Sierra Leone and 95 students from Guinea, according to the federal government.

The World Health Organization estimates it will take up to nine months to contain the outbreak and during that time up to 20,000 people could become infected.

Left: This map from the World Health Organization shows the location of cases throughout the countries with the most intense Ebola transmission, differentiating the number of cases to date in each area, and the number occurring within the past 21 days, which corresponds to the incubation period for the virus.