On Wednesday, Queen Elizabeth II will become the longest-reigning British monarch, surpassing her great-great grandmother Queen Victoria. In honor of the event, here are eight things you might not know about the two royals.

When Victoria was born her uncle, the Prince Regent (the future George IV) had prohibited the royal names Charlotte, Elizabeth or Georgina. Victoria was therefore named ‘Alexandrina’ after her godfather, the Russian Tsar Alexander I. Her second name, Victoria, was after her mother, Princess Victoria of Saxe-Coburg-Saalfeld. For most of her childhood Victoria was therefore known as “Drina,” and up until her coronation, many in the general public were unsure of her official name.

2. Seven people had to die in order for her to become queen.

Victoria was the daughter of Edward, Duke of Kent, who was the fourth son of King George III. It therefore seemed very unlikely that Edward, or any of his children, would end up being the monarch. However, George III’s first son, George IV died without heirs (his daughter, Princess Charlotte, died during childbirth). George III’s second son, Frederick, Duke of York, died before George IV did, and had no legitimate children. Then William IV, George III’s third son, also died without surviving legitimate children (his two legitimate daughters died in infancy), and so the crown passed to Victoria, whose father had died when she was just a child. 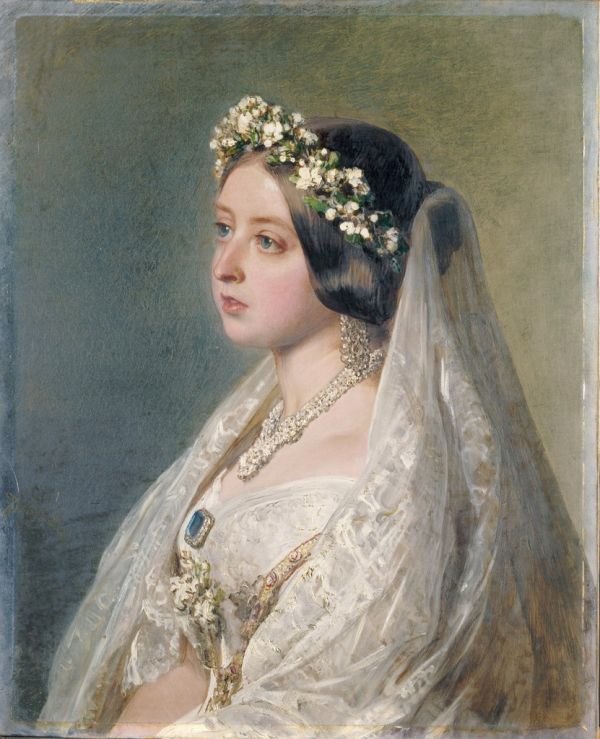 Queen Victoria in her wedding dress, painted in 1847 as an anniversary gift for her husband. Photo from Wikimedia Commons

3. She started the tradition of women wearing white at their wedding.

During Victoria’s time, brightly colored dresses were worn for weddings. When Victoria wore white, it was considered too drab for a royal wedding, especially since she didn’t wear a crown, opting instead for an orange-blossom wreath. Although several other monarchs had worn white, it is Victoria who is credited with starting the trend, as a few years after her wedding, a popular ladies’ journal encouraged women to wear white.

4. She proposed to her husband. 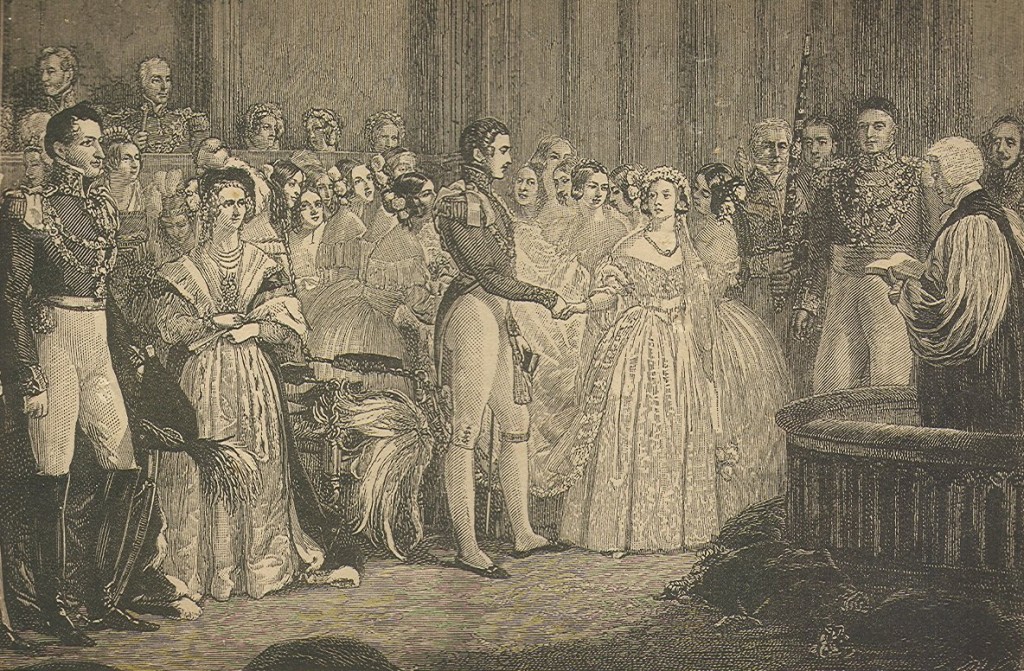 Because she was queen, it was Victoria’s responsibility to propose to her husband Albert, not the other way around. In her diary, Victoria wrote that she called Albert into her bedroom and told him “it would make me too happy if he would consent to what I wished (to marry me); we embraced each other over and over again, and he was so kind, so affectionate … I really felt it was the happiest brightest moment in my life.” Victoria and Albert were married for over 20 years and had nine children. After he died, she wore mourning clothes for the rest of her life.

5. She has the longest marriage of the British monarchy. 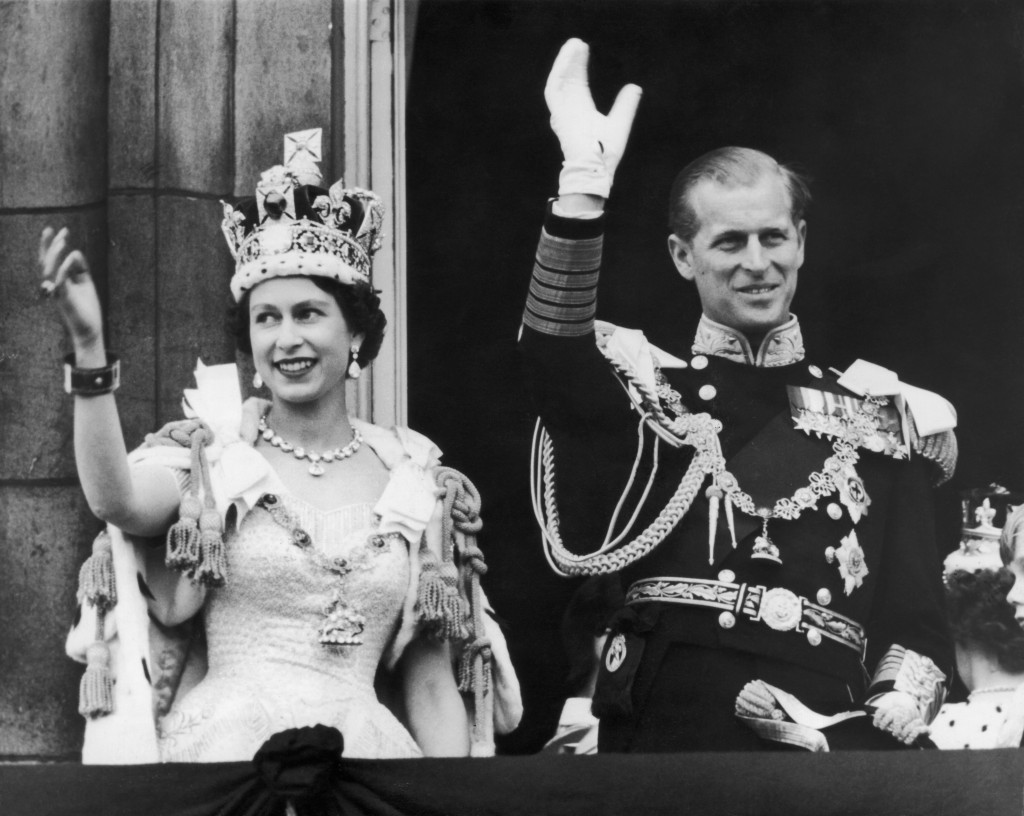 Queen Elizabeth II and the Duke of Edinburgh wave at the crowds from the balcony at Buckingham Palace on June 2, 1953. Photo by Keystone/Getty Images

In 1947 Queen Elizabeth II married Prince Philip, six years before her coronation. She met her Prince Charming when she was only 13 years old, and the two have been happily married now for 68 years. When Queen Elizabeth II was crowned in 1953, it was the first and so far only time in British history where the presumed heir to the throne wasn’t actually single. Even the queens that preceded her did not marry until after they were crowned, if they got married at all. 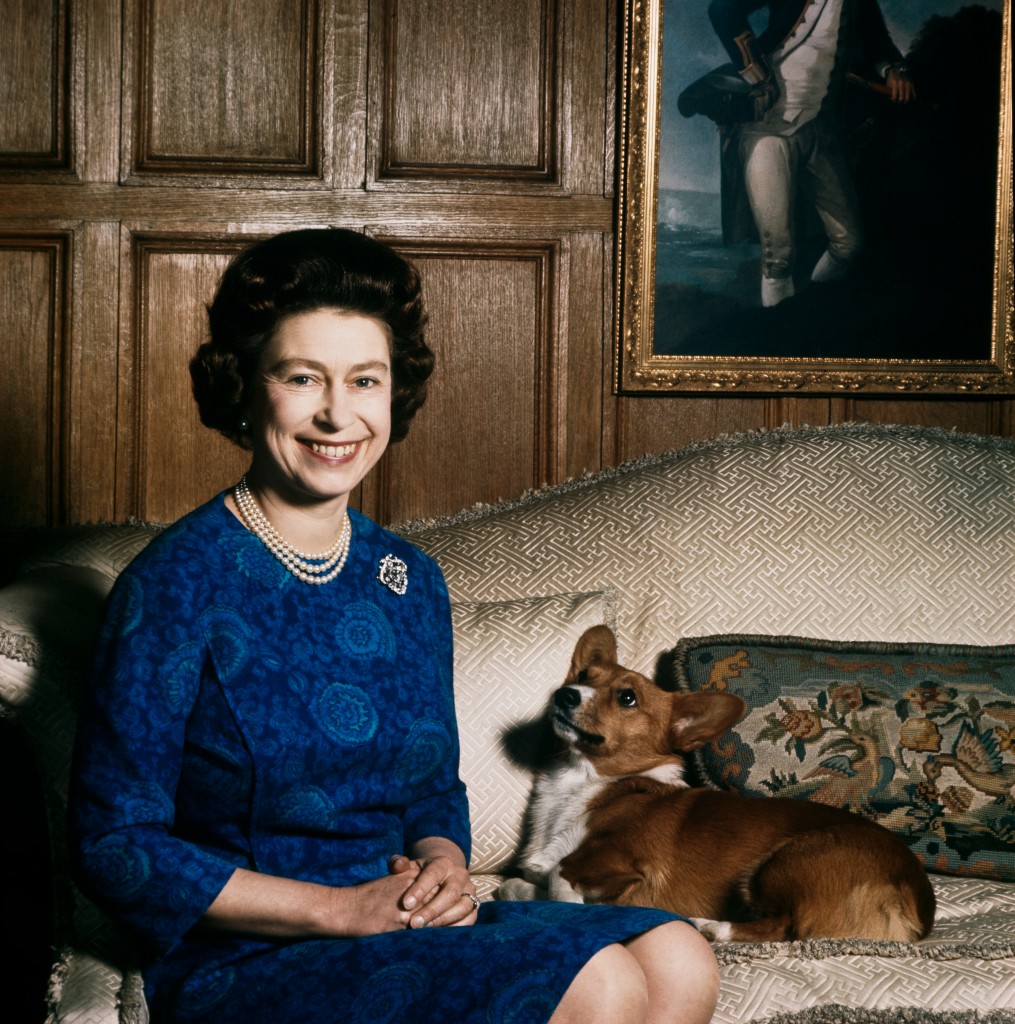 Queen Elizabeth II with one of her corgis at Sandringham, 1970. Photo by Fox Photos/Hulton Archive/Getty Images

Although English royals have a history of being devoted to their dogs, no world leader in history has been as widely identified with their pets as Queen Elizabeth II is with her corgis. “My corgis are my family,” she has said. Since she feeds the corgis herself and takes them on walks whenever possible, her corgis have become a symbol for her relatability with the general population of Britain. Her beloved dogs also serve to bring her down to earth in the eyes of the public. The Queen personally oversaw a corgi breeding program based in Windsor Castle since the 1950s, but it doesn’t look like any more corgi puppies are in the works anymore. The Royal press secretary would not comment on reports that the Queen stopped breeding her corgis, but she now has only two of them left: Holly and Willow.

The Queen has visited more countries than any other British monarch (reportedly more than 116), even though she doesn’t have a passport. The cover of the British passport features the Royal Arms, and followed by the words “Her Britannic Majesty’s Secretary of State requests and requires in the name of Her Majesty all those whom it may concern to allow the bearer to pass freely without let or hindrance and to afford the bearer such assistance and protection as may be necessary.” Since the passport is issued in the Queen’s name, she is not required to have one to travel outside of Britain. Unfortunately this is a perk only the Queen gets; even Prince William and Kate Middleton need an official I.D. to jetset. 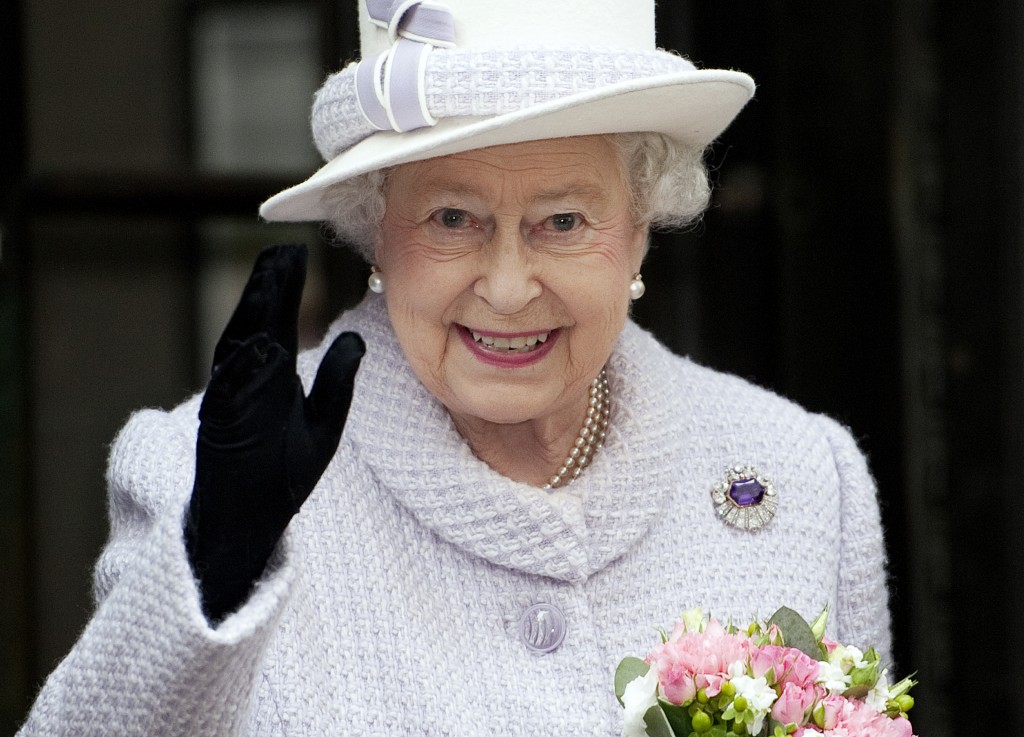 Britain’s Queen Elizabeth waves during a visit to the Bank of England in the City of London Dec. 13, 2012. Photo by Eddie Mulholland/Reuters

Before she was crowned Queen of England, 18-year-old Princess Elizabeth joined the Women’s Auxiliary Territorial Service during World War II. Ditching her usual colorful dresses for some military overalls, Second Subaltern Elizabeth Windsor went to London to train as a mechanic and truck driver. Apparently she begged her father (the King at the time) for several months to let her help in the war effort before he finally gave in.