Police have killed at least 11 people in the aftermath of Kenya’s presidential election on Tuesday, according to Reuters.

Following the re-election of incumbent president Uhuru Kenyatta, supporters of challenging candidate Raila Odinga protested in the cities of Nairobi, Kisumu and Mombasa — opposition strongholds — where police have fired guns and tear gas as protesters burned shacks, tires and barricades.

The Kenya National Commission on Human Rights put the death toll higher, claiming that police shootings during post-election protests have killed 24 people since Aug. 8, with 17 of the killings taking place in the capital Nairobi.

The National Super Alliance (NASA), the opposition coalition that ran Odinga as its candidate, has contested the result of the election, alleging that the results are fraudulent.

Kenya’s Independent Electoral and Boundaries Commission (IEBC), which conducted the election, responded to the fraud claims in a letter alleging flaws in NASA calculations. The IEBC reports that NASA neglected to provide data supporting their vote count and that NASA’s numbers on votes cast and registered voters in multiple counties were erroneous.

“Your neighbour will always be your neighbour and we cannot fight over an election,” Kenyatta said after the IEBC announced his victory. “We have seen the results of political violence and I am certain that there is no single Kenyan who would wish for us to go back to those days.” 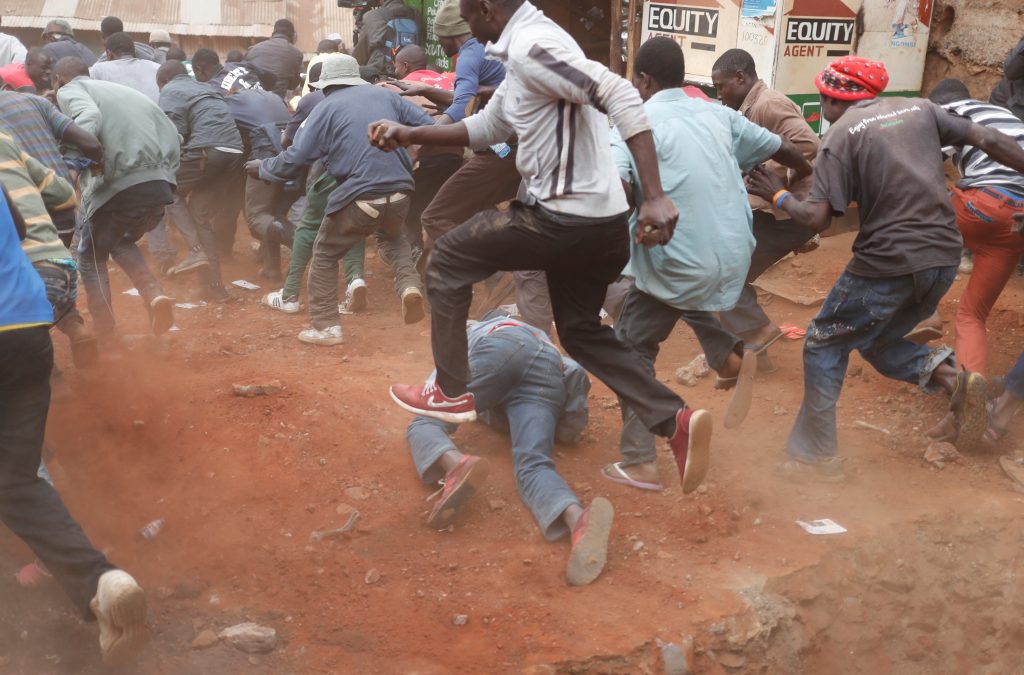 Supporters of opposition leader Raila Odinga run away from police during clashes in Kibera slum in Nairobi, Kenya, August 12, 2017. Photo by Goran Tomasevic/Reuters

The president said he “extend[s] a hand of friendship” to Odinga and his supporters and encouraged Kenyans to do the same, saying, “Let us shun violence and let us refuse to be used for short-term political gain that can only cost our country pain and grief in the longer term.”

Ahead of the vote, the IEBC reported no major issues with the polling process across Kenya’s 40,833 polling stations, although they acknowledged issues such as delayed station opening times due to adverse weather as well as a failed election hacking attempt. 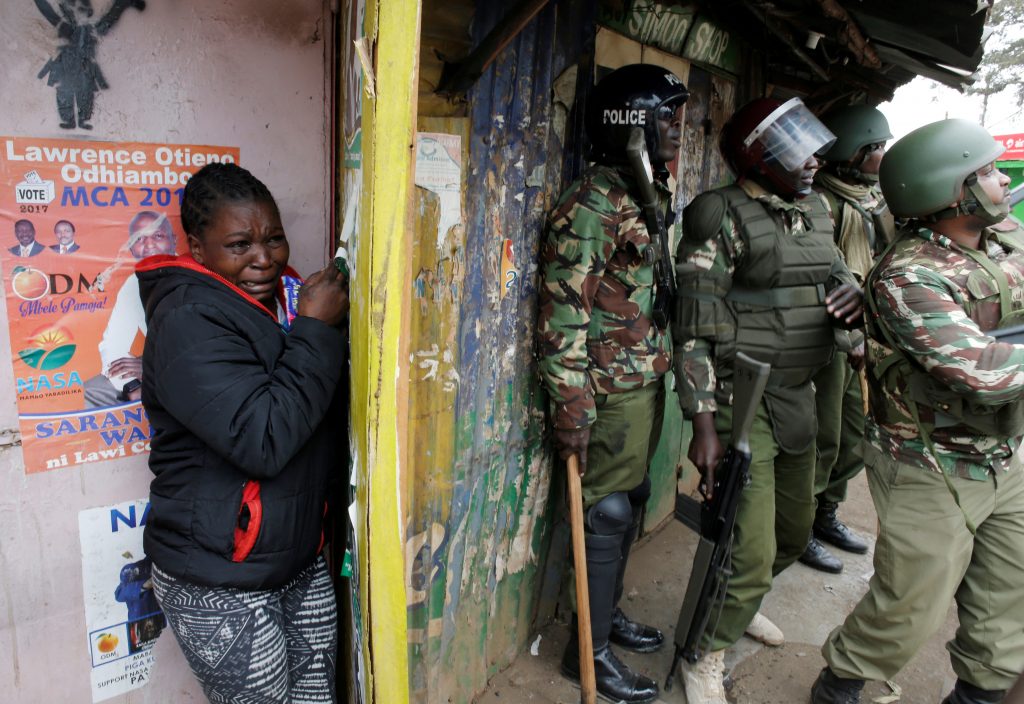 A woman cries as she stand behind policemen during clashes between supporter of opposition leader Raila Odinga and policemen in Kibera slum in Nairobi, Kenya, August 12, 2017. Photo by Goran Tomasevic/Reuters

This is not the first time Kenya, a country marked by economic prosperity as well as political corruption, has experienced post-election turmoil.

Violence ensued after the 2007 election, when at least 1,000 people were killed and about 600,000 were displaced from their homes. Claims of election tampering also surfaced in the 2013 election, which Odinga also lost to then-incumbent Mwai Kibaki.