Organizers initially put Kipchoge’s time at 2 hours, 1 minute and 40 seconds, but later reduced it by one second.

The 33-year-old broke the previous world record set in Berlin by fellow Kenyan Dennis Kimetto in 2014 by 1 minute and 18 seconds.

“I lack words to describe this day,” Kipchoge said after becoming the first person to finish a marathon in less than 2 hours and 2 minutes.

“They say you miss two times but you can’t miss the third time,” he said in reference to his two previous failed attempts to break the world record in Berlin. 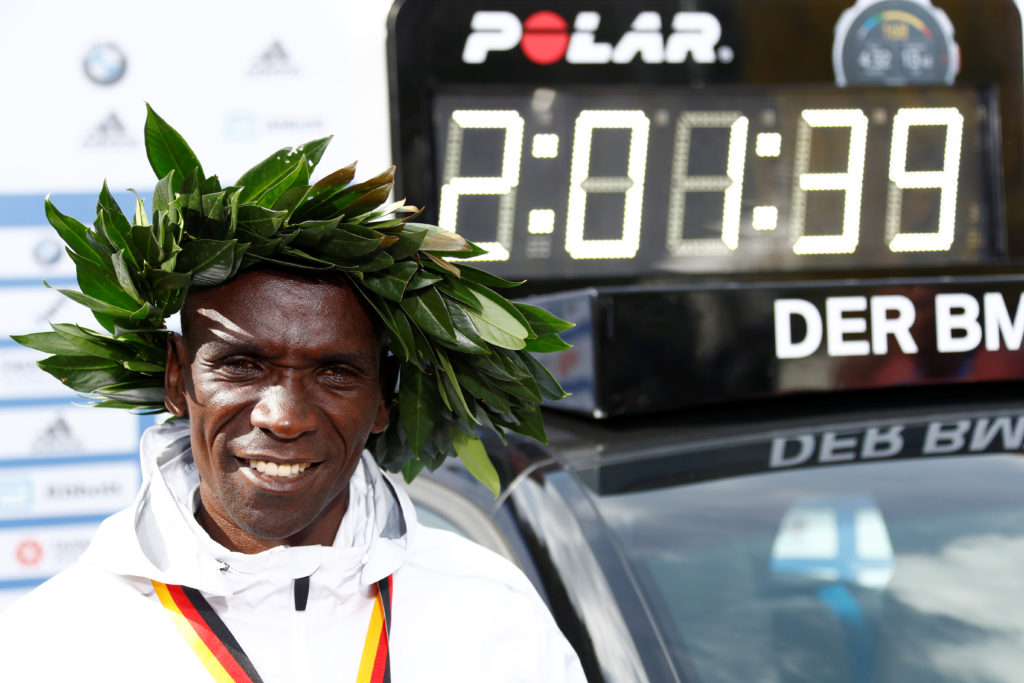 The Kenyan defended his 2017 title in the German capital, pulling ahead of other runners early on amid perfect conditions. Mild autumn temperatures and little to no wind gave the runners an advantage over last year, when rain slowed the race.

Shogo Nakamura of Japan narrowly missed setting a new national record with a time of 2 hours, 8 minutes and 16 seconds.

Gladys Cherono won the women’s race in 2 hours, 18 minutes and 11 seconds, a new women’s record for the Berlin marathon. The previous track record was set by Mizuki Noguchi of Japan 13 years ago.

The 35-year-old Kenyan said she felt confident going into the race but wasn’t sure she would beat favorite Tirunesh Dibaba.

Left: Kenya's Eliud Kipchoge and Gladys Cherono Kiprono celebrate with the fans after both winning the Berlin Marathon. Photo by Fabrizio Bensch/Reuters