Our collective memory of the Iraq War is invariably filled with men. There were the thousands of U.S. combat soldiers in helicopters and Humvees, toting M-16 rifles in full battle regalia with the latest high-tech gadgetry. There were Iraqi fighters — al-Qaida insurgents battling the U.S.-led coalition, or Sunnis and Shias killing each other. And lots of politicians in suits or tribal robes, invariably men. Women did serve in U.S. forces, mostly in support positions. But sadly, our most vivid visual memory of Iraqi women are as victims, random casualties bleeding on the ground after a market bombing, or wailing over the body of a dead family member.

But there were a handful of women who broke the mold — like British Middle East scholar Emma Sky, an early opponent of the Iraq invasion who nonetheless volunteered afterwards to work for the U.S-British-led Coalition Provisional Authority to stand up a post-Saddam government. She took clothes for 3 months — and stayed the better part of 10 years — despite a growing sense of foreboding that the situation was going from bad to worse. Sky lays this all out in her new book: “The Unraveling: High Hopes and Missed Opportunities in Iraq.” 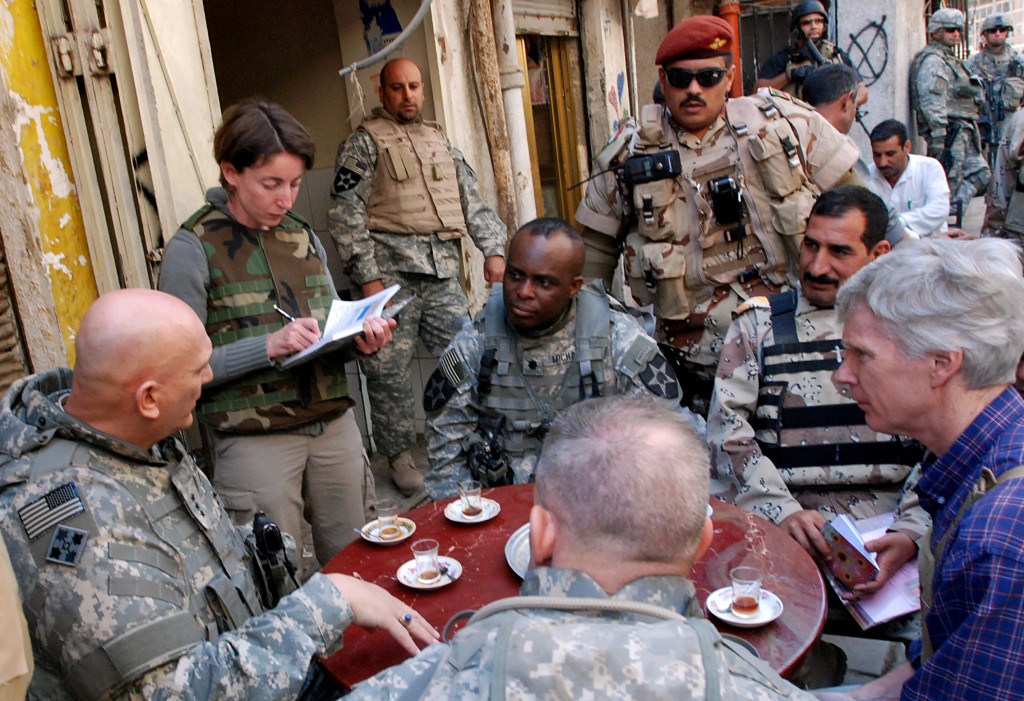 British Middle East scholar Emma Sky stands out in a sea of military men. She writes about her 10 years in Iraq in the new book: “The Unravelling: High Hopes and Missed Opportunities in Iraq.” Photo by Curt Cashour

Sky charted a remarkable rise, from serving as de facto civilian governor of Kirkuk to becoming top political adviser to Col. William Mayville, US commander of the 173rd Airborne Brigade; then to counseling CPA chief Paul Bremer and his team ensconced at one of Saddam’s palaces in Baghdad. But her most prominent role came as a top adviser and confidante to America’s commanding generals, Gen. David Petraeus and most especially Gen. Ray Odierno. Dubbed a “latter-day Gertrude Bell,” she was a woman operating in a virtually all-male sea of military men. Because she was a civilian, and a Brit to boot, she could and did bluntly challenge their preconceptions about the political aspects of the military task they faced, trying to resolve the civil and ethnic strife into which Iraq had descended.

Yet she insists, “when you look at Iraq, there were many amazing women.” Above all, she notes the Iraqi civilian women who held their families together and kept going. “That takes tremendous character.”

In her book she also describes the remarkable partnership she forged with another woman — Dr. Basima al Jadiri, the top military adviser to the Shiite then-Prime Minister Nouri al Maliki. The year was 2007, at the height of the bloody civil war between Sunnis and Shias, a period when Iraqi civilians would often step out of their houses in the morning to find scores of dead bodies on the street. Political reconciliation between Sunni and Shia was a must, but Maliki was suspicious of U.S. motives in trying to draw in the Sunnis to help defeat al-Qaida.

Sky had read all kinds of dire U.S. military and intelligence reports about Dr. Basima, “describing her as a very wicked woman who was running all the sectarian death squads in Baghdad.” But, she says in our interview, “I thought there is no way a woman can be that bad. Prime Minister Maliki … trusts her; he must think she is capable. So I thought, I have got to get to know this woman because she is key in influencing the prime minister.” 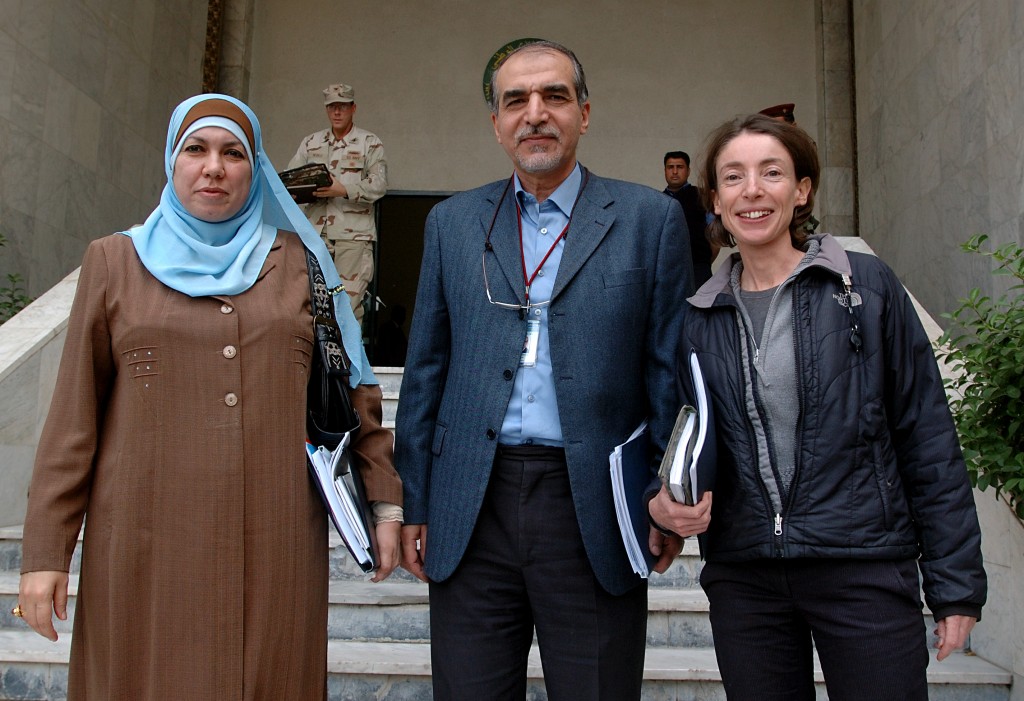 She went to see Dr. Basima and said, “Look, you’re a woman, I’m a woman. We’re both working with military guys and military guys are difficult.” Dr. Basima agreed. And once Sky had persuaded her that the Americans weren’t part of a conspiracy to cause a civil war — “I explained this was incompetence, it wasn’t conspiracy” — she and Dr. Basima teamed up, meeting with Sunni insurgent leaders to persuade them to turn against al-Qaida. And Dr. Basima did her part, convincing Prime Minister Maliki to absorb the former Sunni insurgents into the Iraqi security forces.

“I think women are much more focused on how you bring about peace. How do you bring about the end of conflict?” says Sky. “Dr. Basima kept saying, ‘This will only end through reconciliation. There is no military solution. We have to reconcile.’”

But their success was short-lived. As Sky tells it, as the Americans left, rushing to meet an Administration deadline to get all U.S. forces out of Iraq, Vice President Biden threw the U.S. weight behind Maliki remaining as Prime Minister, even after he’d narrowly lost the 2010 election to a non-sectarian party and its candidate Ayad Allawi. With the Americans gone, Maliki reverted to type, instituting a hype-sectarian Shiite rule, pushing Sunni politicians out of the arena, and reneging on his promises to keep Sunnis in the armed forces. After four years of this, Iraq’s 3 sects — Shiites, Sunnis and Kurds — were so alienated that Islamic State group fighters had no trouble rolling into Iraq and seizing a third of the country’s territory last summer.

Now American forces are back, in small numbers, to try to rebuild Iraqi forces under a new prime minister and use air power to keep IS elements at bay. But Emma Sky is gone, and so is Dr. Basima. Both now teach at universities.