Everything we know about the Manchester attack

A 22-year-old British man detonated a homemade bomb at Manchester Arena on Monday after an Ariana Grande concert, an act of terror that killed 22 people and injured dozens of others.

The explosion, now deemed a terrorist plot, is the deadliest attack in London since July 2005 suicide bombings in London claimed more than 50 lives.

In a police update Wednesday morning, Chief Constable Ian Hopkins of the Greater Manchester Police said it was now clear “this is a network we are investigating.” Police have arrested four suspects so far in their ongoing investigation, he said.

On Tuesday night, Prime Minister Theresa May raised the country’s terrorism threat level to “critical,” suggesting “it is a possibility we cannot ignore that there is a wider group of individuals linked to this attack.”

The UK government said about 1,000 soldiers were deployed to protect key areas of interests in London.

Here’s what journalists and police have uncovered about the attack since Monday.

HOW DID LEADERS REACT? 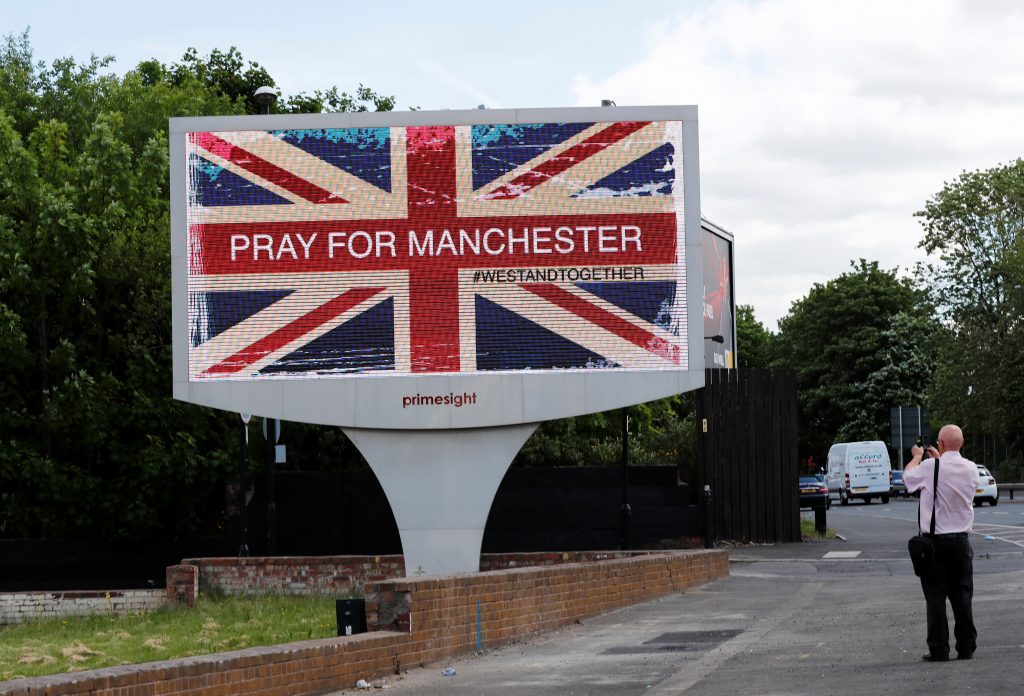 A man photographs a sign in Manchester, Britain. Photo by Stefan Wermuth/Reuters

We stand in absolute solidarity with the people of the United Kingdom. pic.twitter.com/X6fUUxxYXE

Left: People take part in a vigil for the victims of an attack on concert goers at Manchester Arena, in central Manchester, Britain. Photo by Peter Nicholls/Reuters