Everything we know about the London attack

British police have identified the person responsible for Wednesday’s attack on Parliament as Khalid Masood, a 52-year-old native of England.

Police believe Masood was the driver who plowed through pedestrians walking along Westminster Bridge before crashing in front of the houses of Parliament and stabbing a security guard. At least four people died and as many as 40 were injured in the attack.

The Kent-born Masood was known to police and had been previously convicted of assault and possession of weapons, but was not the subject of any current investigations or convicted of any terrorism offenses.

Here’s what else we know: 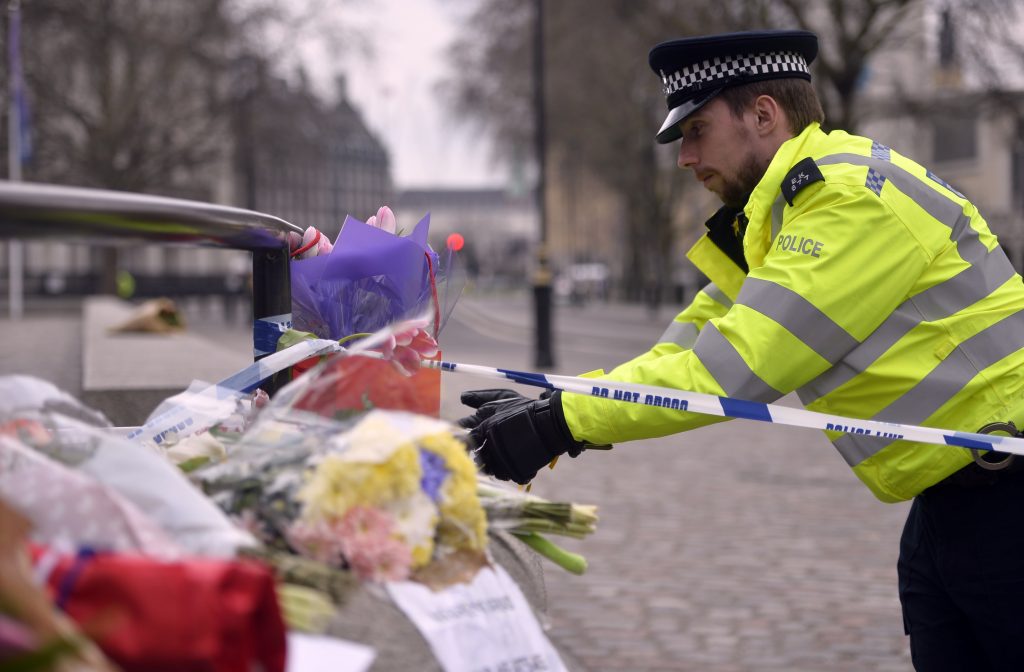 A police officer reaches out to floral tributes in Westminster the day after the attack in London. Photo by REUTERS/Hannah McKay – RTX32CM8

We stand in solidarity with the UK, our friend and ally, against terrorism, the greatest threat to global peace and security.

This will be a defining moment for our country, as we begin to forge a new relationship with Europe & a new role for ourselves in the world. pic.twitter.com/zM69aZlhpa

Left: A police officer stands guard in the Westminster area of London on March 23. Photo by Stefan Wermuth/Reuters