Greece’s far left party was projected to win a national parliamentary election in the eurozone country on Sunday, according to exit polls.

Syriza – a party which has vowed to end austerity measures in the region if elected – has reportedly received 35.5 to 39.5 percent of the national vote, according to polls by Metron Analysis, GPO, Alco, MRB and Marc, the Associated Press reported. 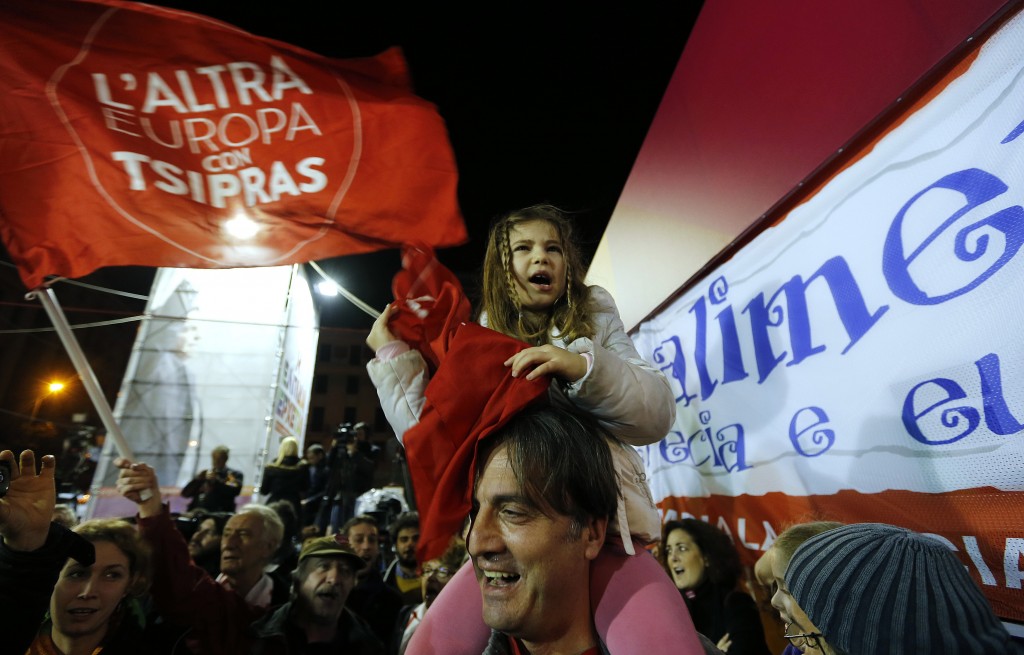 A party needs approximately 36 to 40 percent of the vote for the win in Greece.

In the days leading up to the election, the anti-bailout party led by Alexis Tsipras had gained momentum, leading with 6.5 points on Jan. 19, up from a 4.5 point lead a week prior, said a University of Macedonia survey, Reuters reported.

The snap election was called in December by Greek Prime Minister Antonis Samaras, of the New Democracy Party, which lagged behind Syriza with 23 to 27 percent of the vote.

Currently, Greece has an unemployment rate of 25.5 percent, according to the country’s Ministry of Economy and Finance.

In Athens on Jan. 22, Pablo Iglesias, the head of Spain’s left party Podemos, which was modeled after Syriza, joined Tsipras on stage and told the crowd: “A wind of change is blowing through Spain and Greece. In Greece it’s called Syriza. In Spain, Podemos. Hope is returning. Syriza, Podemos, we will be victorious.”

Left: A woman leaves a booth before casting her ballot at a polling station in the northern Greek port city of Thessaloniki on Jan. 25, 2015. Photo by Alexandros Avramidis/REUTERS.