Special effects color powder at a water park near Taipei, Taiwan, suddenly ignited into a fireball and blasted into a crowd on Saturday. 498 people attending the “Color Play Asia” party at Formosa Water Park were reportedly injured.

Some victims sustained skin burns covering up to 80 percent of their bodies, Reuters reported.

Nearly 200 people remain in intensive care, but so far there have been no fatalities. 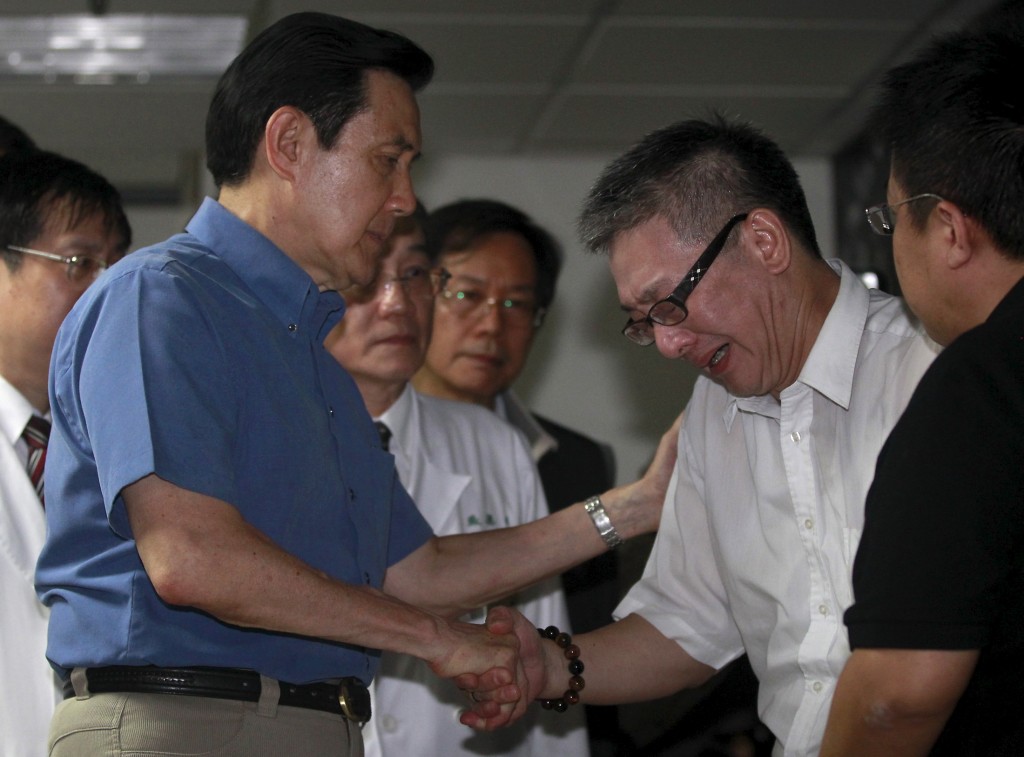 Taiwan’s president Ma Ying-jeou (L) meets with family members of the victims injured in a fire at the Formosa Fun Coast water park at Taipei Veterans General Hospital in Taipei, Taiwan, June 28, 2015. Almost 200 people remain in intensive care, with some injured victims sustaining burns covering up to 80 percent of their body. Photo by Pichi Chuang/Reuters

Deputy fire chief Chen Chung-yueh told AFP he suspects the powder may have been ignited by sparks from nearby machinery.

The organizer of the party and the hardware engineer responsible for lighting are both being held for questioning, CNN reported.

Eric Chu, the mayor of New Taipei, told reporters he has ordered the park to be closed until further notice.

Left: People carry an injured victim from an accidental explosion during a music concert at the Formosa Water Park in New Taipei City, Taiwan, June 27, 2015. Photo by Wu Chia/Reuters