Father’s day off? Here’s how paternity leave varies for dads across the globe

Earlier this month, Virgin Management, helmed by legendary entrepreneur Richard Branson, announced that it would extend a full year’s pay to employees who take shared parental leave, regardless of gender.

“Having a child is a life-changing experience and this policy means our employees have the opportunity to enjoy time with their families and have a great career,” Josh Bayliss, CEO at Virgin Management, said in press release.

The announcement comes after the U.K. government said it would offer shared paid leave for parents in the first year following the birth or adoption of a child, giving parents the opportunity to share childcare responsibilities.

According to the International Labor Organization, paternity leave is paid in 70 countries around the world, but only 45 of those countries offer employer liability. Germany, one of the more generous countries, allows new parents to take up to 14 months of parental leave on 65 percent of their salary.

In the United States, companies are required to provide qualified employees, both mothers and fathers, with at least 12 weeks of unpaid annual leave for family-related or medical reasons. However, the government is not required to cover any pay during that period. 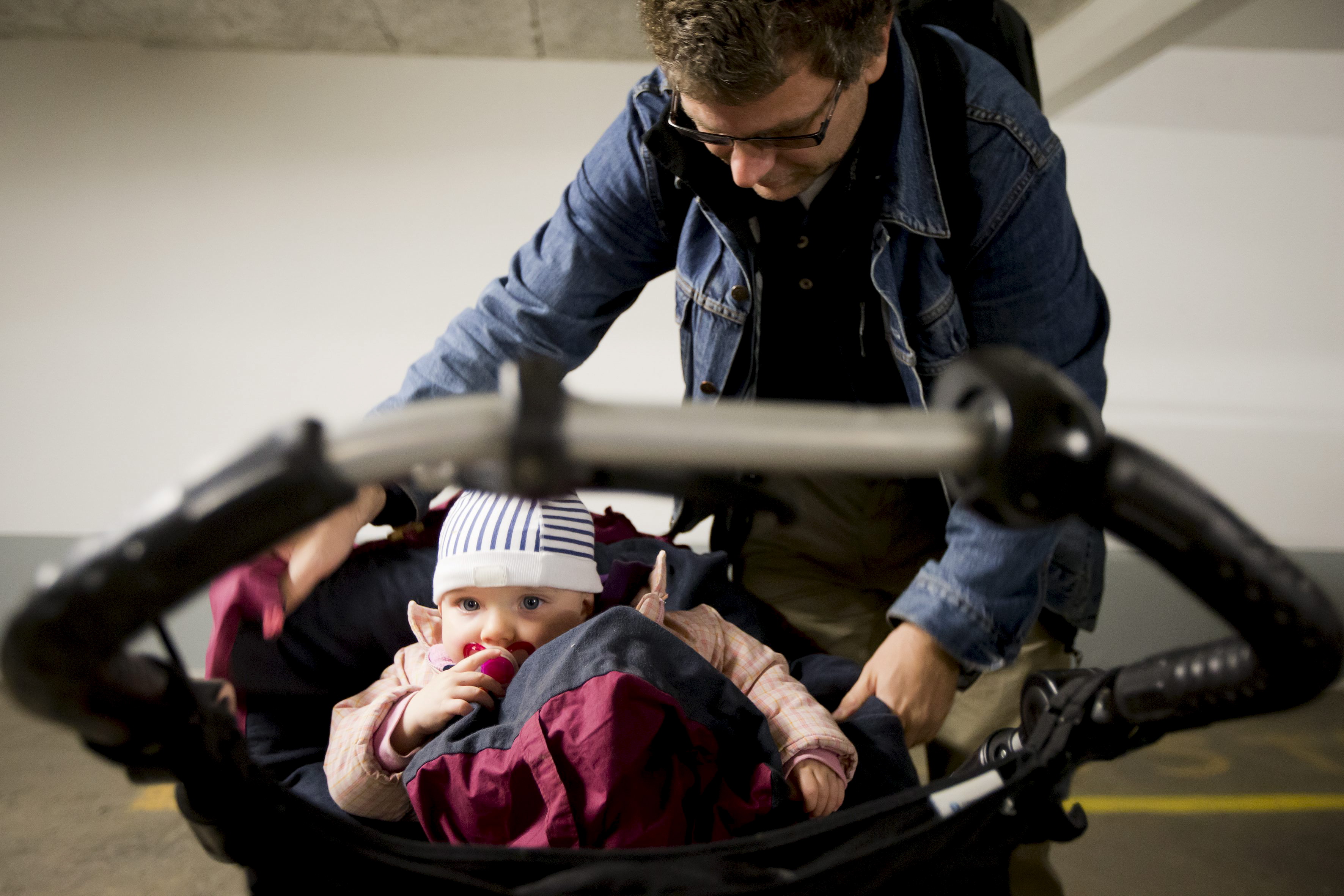 Peter Talos adjusts the pram of his daughter Karin, as they spend time together during his parental leave, in Oslo, Norway on October 5, 2012. Credit: Heiko Junge/Reuters

Countries such as Norway, Sweden and Iceland have implemented what’s referred to as a “daddy quota,” where part of parental leave is reserved for fathers.

In Norway, the quota was introduced in 1993 and now totals 14 weeks. Mothers also have a 14-week quota, and the rest of the time — 18 weeks on full salary or 28 weeks on 80 percent salary — can be split as parents choose, according to the Guardian.

In the United States, under the Family and Medical Leave Act of 1993, companies are required to provide qualified employees, both mothers and fathers, with at least 12 weeks of unpaid annual leave for family-related or medical reasons, which includes the birth of a child. The government is not required to cover any pay during that period.

In a study conducted by Boston College, out of more than 1,000 working fathers in the United States, 89 percent said it was important for employers to provide paid paternity or parental leave, with 60 percent saying it was extremely important.

Most U.S. fathers participating in the study said they would not make use of paternity leave or parental leave unless at least 70 percent of their salaries were paid, and 45 percent said the leave would have to be 100 percent paid.

The current state of paternity leave and paid time off for fathers of infants around the world is represented in the interactive map above, based on 2014 data from the World Policy Analysis Center. Hover over each country for additional information.